The SkyVision Portable has a UAT (Universal Access Transceiver) and an Xtreme Vision Appliance, which transmits the Xtreme Vision display software to any Wi-Fi-capable iOS, Android or Windows display in the cockpit. The complete system requires only three wires during use, including two antennas and power to a 12/24-volt cigarette-lighter plug. All wires and antennas are stored in the case for transport. 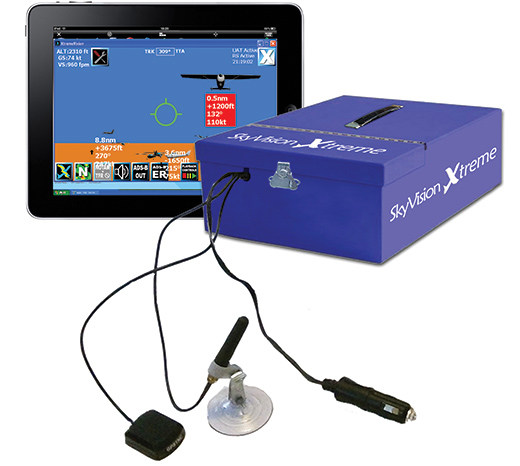 SkyVision Portable utilizes the NavWorx ADS600-B, a UAT that meets the FAA’s 2020 ADS-B mandate for ADS-B In/Out. The ADS600-B offers pilots the opportunity to later permanently install the unit.

The package includes a suction-cup-mounted UAT antenna, a GPS antenna and a power plug. The system is bundled in a pre-wired briefcase-type enclosure, which measures 15x10x4 inches and weighs about 7 pounds with all cables, antennas and electronics. The price is $3,295.

MGL Avionics is now shipping its iEFIS Explorer 8.5-inch unit. The iEFIS is the next generation EFIS, which uses a pressure-sensitive, sunlight-readable touchscreen. The iEFIS also offers users the option of traditional controls.

By separating the “brains” of the EFIS into the separate “iBox,” the iEFIS allows easy duplication of display and control with multiple iEFIS units. The iEFIS architecture offers a Wi-Fi node that can take the place of any of the theoretical eight panels you could connect to an iBox. While this is primarily intended for flight planning (such as uploading a flight plan from a tablet) and flight-data recording, the wireless node has access to everything a normal panel has, so it could become a full EFIS as well, just wireless. 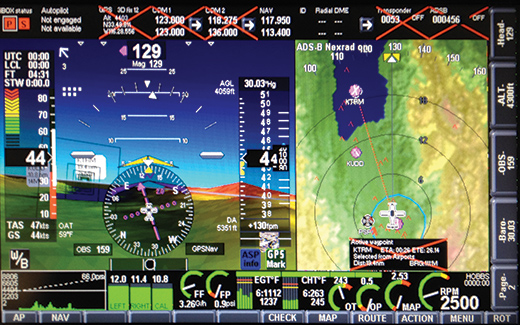 It is also possible to use just an iBox without any iEFIS panels and a iPad or Android “EFIS” for a low-cost installation in smaller aircraft.

The cost for a single 8.5-inch iEFIS Explorer for a four-cylinder Lycoming engine is $5,975.

Now you can shift from slotted to Phillips to Torx or square recess without ever touching the bit of your screwdriver: The Worx SD SemiAutomatic Driver features a six-slot revolving chamber that rotates screwdriving bits in and out as needed. Inside the tool’s body is a rotating circular cartridge that holds six 1-inch, hex-shanked bits. Draw back the magazine (cover) to advance a bit into the chamber, then slide it forward, and it’s ready to drive screws. If a pilot hole is needed, there’s even a hex-shanked screw starter drill bit. 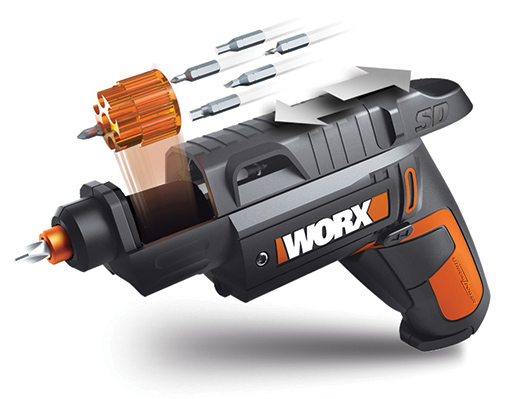 The Worx SD SemiAutomatic Driver is powered by a 4-volt lithium-ion built-in battery. The plug-in charger brings the driver to a full charge in 5 hours. Constructed of nylon composite, the SD driver features a two-finger trigger, an LED light to illuminate the work area and a forward/reverse rotation button. The kit includes the driver, two bit cartridges and 11 screw-driving bits. Also included is a screw starter drill bit and charger. The cost is $49.99.