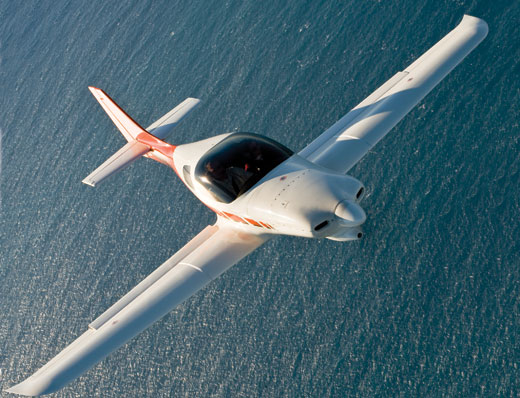 Some pilots are confused about what maneuvering speed really means. Not surprising. The FAA also recognized a problem.

Every pilot knows what maneuvering speed is. Correction: Every pilot probably thinks he or she knows what maneuvering speed is. It’s defined in the Federal Aviation Regulations (FARs). It’s been explained over and over in aviation publications and web sites, particularly in the aftermath of the American 587 tragedy back in 2001. It’s been re-emphasized by the FAA in a Special Airworthiness Information Bulletin. So how could you not know? Well, maybe because these myriad sources don’t all say the same thing.

OK, here we go, nice and simple with no diagrams, no equations, just regular people words. Oh, and a little arithmetic.

Most pilots were probably taught at some point in their training that maneuvering speed is the maximum speed at which you can fly without risk of hurting the airplane, because the wing would stall before generating enough lift to cause overstress damage. Or maybe some airport graybeard snarled at you to never fly faster than maneuvering speed in turbulence. Or maybe you were taught that below maneuvering speed you could apply maximum, abrupt full deflection of the cockpit controls with impunity. OK, impunity is my word; I never heard that term come from a flight instructor. Then somebody comes along and tells you that airplane designers spec their planes with consideration for its design maneuvering speed, which sounds a lot like regular maneuvering speed.

Starting to see the problem? So did the FAA several years ago. The regs were a bit confusing when they stated that an airplane manufacturer must specify a design maneuvering speed that could be no slower than the stall speed times the square root of the limit load factor. Sounds technical, I know, but hang in there. The same regs stipulated the maneuvering speed could be no faster than that same stall speed times the square root of the same limit load factor. What the regs did not do a good job of is explaining the reasoning behind these seemingly opposite definitions of similar sounding terms. 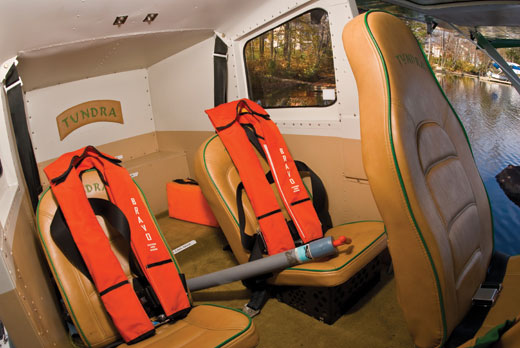 Do you consider the implications for maneuvering speeds when placing luggage and other items in the baggage area?

FAR Part 23.335(c), which defines the design maneuvering speed (VA), resides in the Structure section of Part 23. This number is determined, in part, by structural concerns of the entire airplane. It’s about the strength of every component in the plane, not just the wing. So the colloquial understanding that flying at or below maneuvering speed guarantees no airplane damage because the wing will stall before damage occurs might make sense for the wing (with some important caveats), but this thinking doesn’t consider the engine mount or the baggage area floor structure and especially not that handheld gizmo you fastened to the instrument panel.

FAR Part 23.1507, which can be found in the Operating Limitations and Information section of Part 23, used to say that the VA defined under 23.335(c) must also be established as an operational limitation. Calling VA an operational limit presented a problem, because it allowed the misperception of sanctuary when flying slower than VA. Acknowledging the confusion caused by reference to VA as both a design number and an operational limitation, the FAA changed 23.1507 in 1993. The current version defines a new term called operational maneuvering speed (VO) and stipulates this speed could be no faster than the minimum allowable design maneuvering speed (VA) from 23.335(c).

This separation of terms helps a little, but doesn’t go far enough. A bit more cogitation is needed to realize that VA and VO could be the same, or VA could be dozens of knots faster than VO. The important point is it provides for the airplane manufacturer to specify a VO that helps prevent inadvertent airframe damage due to the prevailing misunderstanding of VA. What it doesn’t do is let pilots know they can still hurt the airplane and themselves when flying slower than VO.

It Ain’t All About the Wing

The wing is designed to support a certain maximum load. In straight and level flight, the wing supports the weight of the airplane—let’s call it 1000 pounds. In a level, 60° bank turn, you’re “pulling” 2 G, so the wing is supporting a load of 2000 pounds. That’s all right, because most Part 23 normal category airplanes have a limit load factor of 3.8. Translation: the plane must be able to withstand 3.8 G without permanent structural deformation when loaded to its maximum allowable takeoff weight. This means the wing of our 1000-pound subject plane must be strong enough to support 3800 pounds without damage. 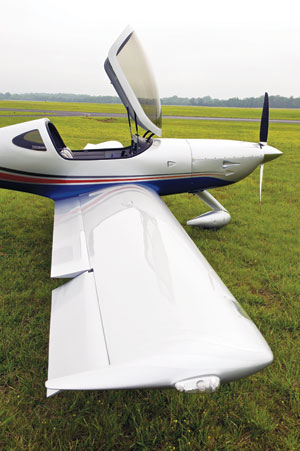 The wing must support far more than the weight of the airplane when maneuvering in flight.

Confusion creeps in when we realize our 1000-pound airplane might weigh less, depending on fuel load, number of people, baggage, etc. Let’s say you’re going to hop over the hill to meet your buddy for the obligatory burger, so it’s just you and partial fuel bringing the airplane’s total weight to 500 pounds. (I know, I know, but it makes the math easier.) You play a little fighter-pilot along the way until your G meter points to 3.8, the published limit.

Your burger buddy listens to your war story patiently before pointing out to you that your wing is designed to withstand 3800 pounds, and you only loaded it to (3.8 x 500) = 1600 pounds. Maybe he lends you his 25-pound dissertation on aero structures to read when you get home. You throw the treatise in the baggage compartment and marvel at how the weight of the document exactly offsets the fuel you burned coming over, keeping your plane at the same 500 pounds. Discounting the additional burger weight, you head home believing you have (3800 / 500) = 7.6 G at your disposal. Disposal would be an apt word should you try to exploit your buddy’s aeronautical knowledge. Sure, the wing should be able to handle the load, but there’s no guarantee other airplane components will.

Take that baggage compartment placard, for example. The one that says 25 pounds maximum. It says that because the baggage compartment is designed to withstand (25 x 3.8) = 95 pounds. Add the usual 50% safety factor, and the compartment should not fail below (1.5 x 25 x 3.8) = 142.5 pounds. Your little 7.6 G stunt loaded that baggage compartment floor to (7.6 x 25) = 190 pounds. Actually, it was probably less when it failed. So your buddy’s tome exits the airplane through the hole it created. With luck, it’ll have been the only copy. Now take that scenario over to the engine mount. There would be little consolation in knowing that the wing did its job producing 3800 pounds of lift if the engine departs the airframe. 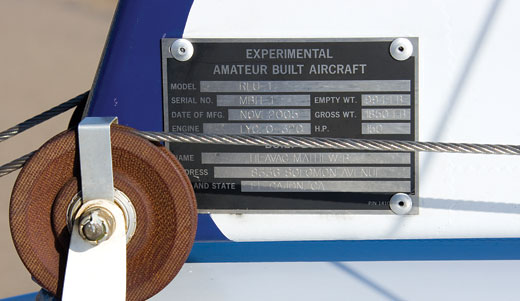 The empty and gross weights of your airplane are a good place to start, but those numbers are only one factor in your calculation of safe maneuvering speed.

Let’s say your airplane stalls at 60 knots and has a VA of 117 knots based on a weight of 1000 pounds. You might be able to plant the stick in your lap at, say, 100 knots knowing you’ll feel a couple of G (2.78, actually) before the wing stalls. That’s fun for some folks. Try that when your plane weighs 500 pounds, and the best you might hope for is to limp home with a bent airplane. The wing will have generated only 2780 pounds of lift, but that translates to (2780 / 500) = 5.56 G. Because the airplane has a slower stall speed, the speed where the wing will stall before exceeding limit load is also slower, but the design maneuvering speed (VA) doesn’t change. If you want to play stick-in-your-lap with your 500-pound plane, you’ll have to do it at 83 knots to avoid over-stressing. Light bulb starting to glow a little brighter?

Remember, the airplane manufacturer may specify any VO it wants as long as it’s not faster than the minimum allowable VA. If your plane’s manufacturer had specified 100 knots as VO, the wing could still generate enough lift to cause damage at that speed.

By now, you’re playing by the rules and understand you have stall-before-damage protection if flying no faster than VA when your airplane weighs 1000 pounds. Unless your hard maneuvering is limited to pure loops, there’s another factor to consider. Let’s say you’ve pegged your G meter at 3.8 G, and pulling out of the bottom of that loop, you decide a course correction is needed. Rolling the plane at this point will cause some parts of the plane to exceed the 3.8 G. Makes sense when you consider that one wing has to create more lift than the other to cause it to roll. Deflecting the ailerons when the airplane is already at its limit load will result in the upgoing wing making even more lift (or stall trying), too much in fact. The same argument applies to rudder use. 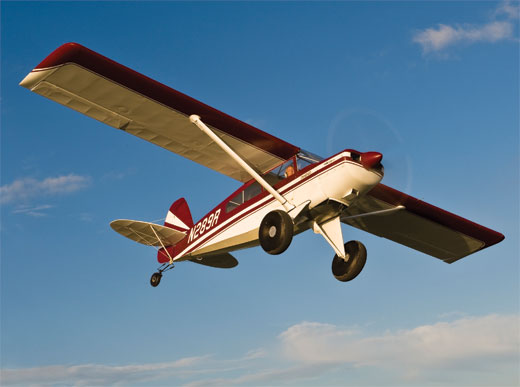 Unfortunately, the regs don’t require designers to consider cross-axis cumulative loads when determining the airplane’s VA. Some flight manuals caution pilots about combining pitching, rolling and yawing motions simultaneously, but most don’t. I have a Skyhawk manual with the following footnote pertaining to maneuvering speed: The maximum speed at which you may use abrupt control travel. From a Bonanza manual: Do not make full or abrupt control movements above this speed. And that’s about all they say regarding maneuvering speed. There’s no mention of adjustment when flying at lower weights or caution about multi-axis maneuvering. Perhaps the worst inadvertent consequence of wording like this is the implication that full or abrupt control use in any, or every, axis is OK below the published maneuvering speed. Well, it isn’t.

You may think you’re safe yankin’ and bankin’ as long as you stay below the published maneuvering speed. Think again.

Bumps: Turbulence causes increases and decreases in wing lift. You probably feel those jolts on every summer afternoon flight and in the vicinity of changing weather and gusty wind conditions. The wingspar, baggage compartment floor and engine mount don’t care whether the stress on their structure comes from your control stick or Mother Nature’s belching. The point is that they’re cumulative. The regs provide for turbulence by specifying the size of vertical gusts that the airplane structure must be designed to withstand. What comes out of these design calculations is the design speed for maximum gust intensity (VB) design cruising speed (VC) and ultimately the maximum structural cruising speed (VNO), which is where the yellow and green arcs meet on your airspeed indicator. Yes, it gets complicated, and pilots don’t care about VB or VC, but it stands to reason that if the same gust hits your plane when it weighs 500 pounds, the reaction will be greater than when it weighs 1000 pounds. Those design speeds don’t change just because you loaded your airplane to less than design weight, so there’s another reason to make an effort to understand what all of those V speeds in your flight manual really mean. In case you’re wondering why VNO is usually faster than VO and VA, there’s a presumption that when flying faster than VA, especially in turbulence, the size and rate of your control inputs will be appropriate for the conditions even if your airspeed needle is still in the green arc.

Rump: It’s yours. Take care of it.

Kerry Fores - January 5, 2023
9
For better or worse, kit manufacturers are under no FAA oversight. There are no...

Marc Cook - June 14, 2011
0
Every homebuilder knows how important it is to document your build to meet the FAAs 51% rule, but how you do it can range from handwritten notebooks to custom web sites detailing every rivet and pin stripe. By Marc Cook.