Ralph Wise clearly feels The Need. His one-off GT400 says speed while standing in the Air Venture grass, and once you know Wise was a Marine aviator and the man on the stick with George Owl in Formula One (remember the “Wise Owl?”), your suspicions are confirmed. Furthermore, knowing Wise and the GT400 are from Mojave, California where the experimenters run wild tells you there are good stories yet to come.

One of those, really just the tip of a development iceberg, is how the GT400 made its AirVenture debut this year. While Wise has been flying the GT400 regularly, the ever-enthusiastic Mr. Mojave, Elliott Seguin, sees the highly individualized GT400 as a prime developmental platform. So before you could zip up your poopy suit Elliott made the effort to be only the second person to solo the GT400 and bring it to Air Venture.

Obviously aerodynamically clean, Seguin says the GT400 is really Ralph Wise’s personal journal, reflecting the Marine’s gung-ho attitude. It’s complex and not a candidate for kitting, but rather a solid, on-going platform for experimental development. With “only” 300 hp from it’s naturally-aspirated IO-520 Continental the GT400 is probably best suited for cross country speed races and record setting, so don’t be surprised if you see it beating airliners on your SPOT tracker soon.

Myron Nelson - August 6, 2020
6
Last month, I talked about the various types of airparks available for those so... 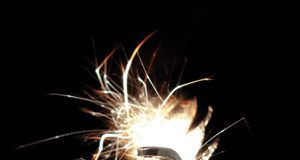