Editor’s Note: This is the first of what we hope will be an ongoing, if irregular series on the subject of aircraft handling. Pilots often concentrate on cost and performance-as Barnaby Wainfan points out in his Wind Tunnel column this month-but thats the first part of the love affair with any given airplane. What keeps us in the relationship is that sense of oneness with the airplane, the belief that it will do precisely what you want, when you want. This month, professional test pilot Chuck Berthe begins the discussion with some background on the development of aircraft handling science and follows through with his list of favorite aircraft. Our own Technical Editor, Ed Wischmeyer, contributes his own list of fave handlers to the discussion. Next time, we ll hear from regular contributor, warbird aficionado and F-1 Rocket Evo owner Doug Rozendaal. Sit back and enjoy. And please feel free to contribute your own list of favorites to editorial@kitplanes.com.

The Editor asked two questions: What makes an airplane handle well? and Which airplanes do you like the most? Its kind of like asking, How do you hit a home run? and Who was/is the best baseball player in history? Not easy answers to either question. But, as my old wing commander said when he asked me, once again, to do the impossible: Chuck, if it was easy anybody could do it. So…

Traditionally, manned airplanes exhibit similar stability traits. Longitudinally and directionally they have weather cock, i.e. positive stability, if the center of gravity is located so as to be ahead of the center of lift . That is, they will tend to point into the relative wind much as a weather vane. Consequently, the pilots pitch and directional controls command angle of attack and sideslip angle, respectively. For roll of the traditional airplane, the pilots input controls roll rate.

The design c.g. (the static stability), and the quickness and predictability (dynamic stability) of these responses depend on various factors under the control of the designer, and form the broad concept of what we call handling.

By the end of the 1950s flying qualities engineers had a good handle on the required specifications for a good handling airplane. They could list the best range of frequency and damping figures for the modes of motion for various airplane types and missions, and define control motion, force and friction characteristics for the various sticks, wheels and pedals in the cockpit. Consequently, a designer had the means to know how to control the stability and resultant handling qualities of the airplane. These design specifications (Mil Specs) are still quite valid and directly apply to homebuilt and most general aviation designs.

Next we moved into the late 1970s, and computer advances made fly-by-wire flight control possible. The good news is the designer could now make the aircraft respond in new and different ways to the pilots inputs. The bad news is they sometimes got carried away with this newfound power. Many of these early fly-by-wire systems did some neat stuff up and away, but didn’t land too well.

So some bright old engineer said, Why don’t we just feed back whats necessary to get back to conventional handling qualities with good controller forces, motion, friction, harmony, etc. and adjust all that stuff to meet the specifications our forefathers left us from the 50s? Some did, and the results flew pretty well. Some didn’t, and their pilots had to learn how to land without touching anything. But thats another story.

Consequently, even with all the capabilities of state-of-the-art, fl y-by-wire flight control systems, for many flight tasks, particularly landing, its best to use all that design power to achieve flight control responses that meet the old tried and true Mil Specs.

Whats It Mean to Us?

In the homebuilt arena the gold standard for handling qualities is, without any doubt in my mind, Richard VanGrunsven’s RV series. Dick will tell you that he “lucked out” with the handling qualities of his RVs. If he did, he would be the first one in aviation history to do so. It takes knowledge, the desire to do it, and much design and flight-test effort. He was the designer and the test pilot and no one has done it better. Every time I walk away from my RV after a flight I think, “Damn! What a sweet airplane.” Thanks, Dick.

The Best and Worst:
Its About the Task
For flying from point A to point B the best I ever flew was the Boeing 747. I only had one flight of four hours and four landings in it, but it was one of the best-behaved airplanes I’ve experienced. >big as it is, you just put it on and wear it. For just messing around, some cross country, acrobatics, formation, some night work and just plain joy, I would have to choose my RV-3. It has a single drawback. It makes you think you’re better than you really are. For some power, push and noise, I would have to choose the Douglas A-4 slightly over the F-16. The A-4 was another just put it on and wear it airplane, and you could feel everything it did. The cockpit was a tight fit, very similar to my RV-3. I must like that.

The absolute worst was my masters thesis airplane at Princeton, the YAO3G Goodyear Inflatoplane. Why was it so bad? Well, thats yet another story.

In the late 1970s George Cooper (NASA) and Bob Harper (CALSPAN) developed a performance scale for aircraft handling qualities thats used throughout the world (see below). Its a 1 to 10 scale with 1 being the best handling qualities possible and 10 being uncontrollable. Heres something interesting: As far as I know, there has never been a 1. The best designs flying are generally 3s.

Shortly after I completed my RV-4 I gave Bob Harper, my boss and mentor, a ride to evaluate its handling qualities. He flew it through the various test maneuvers and when he finished I asked what he thought. He said, Well, Id give it a 2. I asked, Why not a 1? He thought a minute and answered, I think the stick is a little too long. I never did cut off that stick. Im not going to be the one to break the 1 barrier.

Depending upon how you count, my logbook shows 150+ makes and models of aircraft flown, and I was asked by our esteemed leader which one is my favorite. Good question.

There are a number that are not in my logbook that could be contenders. Ive flown the P-51 Mustang, not a contender with the relatively slow roll rate, but Ive not flown the F-8F Bearcat or the F-86 Sabre-and the F-86 seems to be the favorite airplane of everybody whos flown it.

But to choose a favorite flying airplane, I have to first choose the mission. For example, a Cessna 210 is great for instrument flying, but terrible for sport flying. For KITPLANES readers, lets choose yank and bank as the mission, that fun realm of sport flying with more than 90 of bank but less than 5 G of acceleration. In fact, one of my favorite Y&B maneuvers is a wingover about 30 past vertical.

In my experience, the most important component of flying qualities is the ailerons. If you want really exquisite ailerons with sensuous tactile feedback, that means ball bearings and pushrods. If your favorite steed has piano hinges, plain bearings or Delrin, don’t bother with the entry fees. Sorry.

But there’s a second qualifier, too, and thats the elevators. For sport flying, I like to have a plane with 4 pounds of stick force per G, more or less, a little light by textbook standards. But that parameter can vary with the aircraft c.g., getting lighter with an aft c.g. Too light means that the elevators require too much concentration, and you spend your energies finessing the pitch axis instead of enjoying the flight.

So this gives me a short list at first blush: the short wing RV series (RV-3 through RV-8), the Turbine Legend, the F-1 Rocket and the Europa. Maybe the Christen Eagle, the Thunder Mustang and the Falco.

But I like a brisk roll rate, too. Almost every flight in my old RV-4 had a full-deflection aileron roll, but to get full deflection required me to put my shoulder into it. The Falco has the stick a little too far forward, and doesn’t have that really quick roll rate. The rare Thunder Mustang had a roll rate of 270 per second, and aileron rolls took only three fingers of pressure, not a shoulder. Fabulous ailerons! The Christen Eagle might be a contender, but my only flight in one was too long ago for me to remember all the details. Nonetheless, if one came on the market at a good price, Id sure investigate further.

The Thunder Mustang, with me in the back seat, didn’t have much pitch stability, and the stick force per G was too light. Flown solo, it might be a contender, but then, with me in the back seat, we were at 21% MAC (mean aerodynamic chord), so the pitch handling doesn’t take it to the finals. But with all that power and those fabulous looks, the Thunder Mustang would be a fabulous sport plane. Then again, a comment >attributed to Dave Morss was that if the TM spun, it probably wouldn’t recover. So the Thunder Mustang clearly makes it to the finals, but not to the podium.

That gets us to the Europa, an excellent plane that never got the acclaim it deserved. Designer Ivan Shaw was one of the few sport plane designers that I thought really had a handle on designing for handling qualities (Dick VanGrunsven and Turbine Legend designer Jeff Ackland are two others), and in fact the production version of the Europa had a vertical fin smaller than the prototype to improve handling. But with a Rotax 912 up front, the Europa was only adequately powered. The Europa flies with finesse, not brute power, but if Id flown one with a 912S…

This gets us to the RVs, great handling planes as common as late airline flights. But RVs can be too light on the elevators if flown with the c.g. too far aft , and though the ailerons are definitely good enough to get into the finals, they don’t have enough to claim first place. And, yes, Ive flown every production variant except the RV-3, plus two factory prototypes, and I flew my RV-4 for 12 years. Then again, getting that many great handling planes flying is a real achievement.

The F-1 Rocket with the short Hershey bar wings is another contender, and it has plenty of power. But that low-aspect-ratio wing means that you bleed off speed quickly in a steep turn. The Evo wing holds speed better, and the ailerons are competent, but not sensuous.

There was one airplane in which, coming over the top of the roll, there was this feeling not like the rest of the planes, not just a feeling of yes, were doing this, but a feeling of yes, here we are, would you like to increase or decrease the roll rate? This plane also demonstrated some way cool maneuvers Id like to master, those being shoulder rolls (a tumbling maneuver that requires only a few G) and rolling 360s, horizontal turns typically flown with one roll completed per 90 of turn. Those ailerons win the Pitts S-2C the award as my favorite flying airplane. 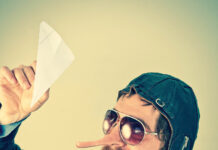 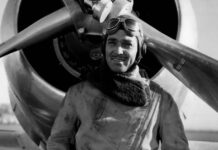 APP in the Real World