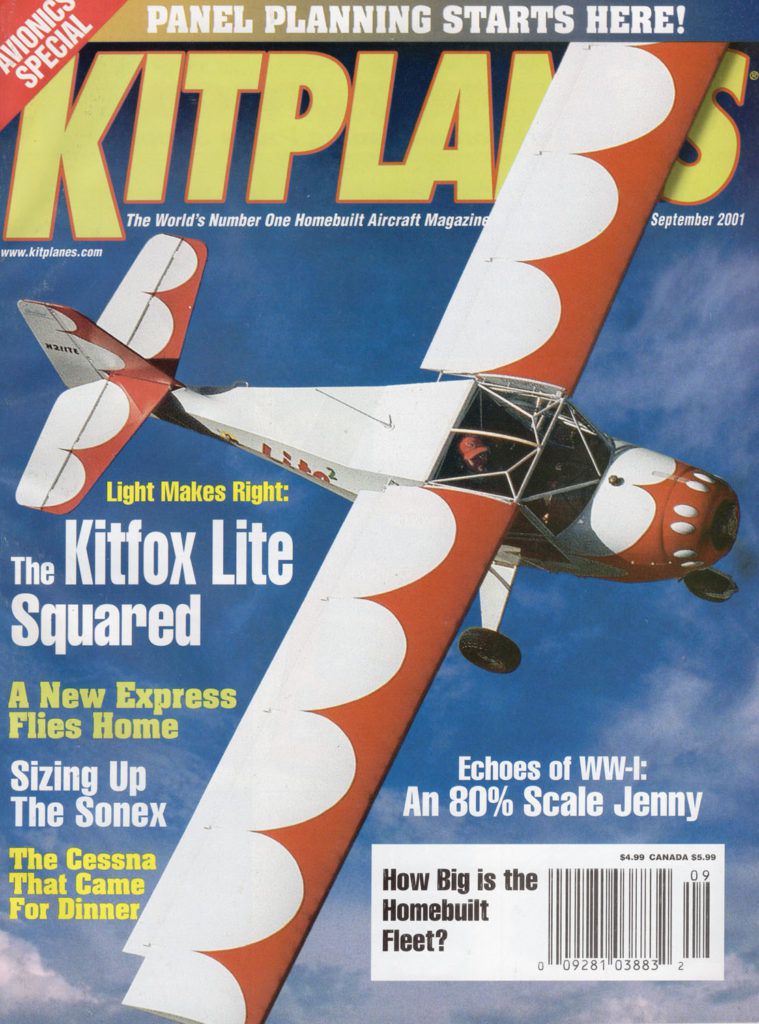 Over the years, the Kitfox has been a frequent visitor to our cover. This issue had the Kitfox Lite Squared, which was to be the company’s ultralight trainer. And by “company,” we meant SkyStar, the owner that followed originator Dan Denney’s Denney Aerocraft. At the time, SkyStar had the Kitfox Lite, a single-seat ultralight iteration of the design, the larger Series 6, which was capable of carrying engines as large as the Lycoming O-290, and the in-between Model IV.

For his review on the Lite Squared, John Larson described the aircraft like this: “Control forces on the stick were well harmonized. The flaperon force was comparatively light compared to other similarly equipped aircraft. I found myself flying hands off without thinking about it. The Squared was light, responsive and fun to fly.” Larson flew the Rotax 912 version but one with a Rotax 503 two-stroke was also available. “What is a 100-hp engine doing in an ultralight trainer?” Larson asked in the review. “It demonstrates that the basic Lite Squared platform has the strength and controllability to handle this amount of power.”

Elsewhere inside this issue, we reported on the first customer-built Lancacir Legacy two-place taking flight. It was a much larger, much more powerful follow-on to the Lancair 320/360 line. It was owned by Carsten Sundin, Lancair’s chief engineer at the time. Garmin’s new GPSMAP 295 was featured, only the company’s second full-color portable navigator. Lowrance and Magellan were still in the aircraft-GPS business, and UPS Apollo reflected the avionics line’s interim ownership between founding company II Morrow and Garmin.

Proof that some topics are evergreen, our own Ron Wanttaja wrote the first of several features on homebuilt statistics, itself a follow-on to work he did three years prior, analyzing FAA registration data. Wanttaja estimated that there were just under 30,000 homebuilts flying, based on his analysis of the data. At the time, the FAA said there were 22,200 aircraft with Experimental/Amateur-Built marked in the registration. But when you added the aircraft believed to be homebuilts but with no E/A-B marker, there were nearly 35,000. His gut feeling? Just under 30,000 homebuilts were flying by early 2001.