Extraordinary times call for extraordinary measures, and in these days of social isolation from COVID-19, aviators who still want to congregate for community support are finding that the Internet is not a bad place to be! Whether you’re frequenting your aircraft’s type user forum or keeping up with your friends via a social media web site, there are ways to stay connected – even if you just need to share your misery in fitting a canopy or sanding fiberglass. And this weekend, we tried out another tool that can help those who want to gather without putting themselves (and others) at risk of infection – the conference capability of the web. The Sonex Builders group tried their first “Virtual Fly-In” on Saturday using Zoom, and it was interesting to participate, just to see how it went.

The Zoom web site is amazing – knowing that it is now being used by businesses and educational institutions world-wide, we expected it to be slow and buggy, but instead, their systems seem robust enough to keep up with the incredible increase in demand. There are other virtual meeting  sites of course – you can use whatever works for you. The Sonex builders group, spearheaded by Robbie Culver and Jeff Shultz, put out a notice on their builder’s forum, and it was picked up by the factory web site just a few days before the event – but we counted over 40 participants from all of the United States (including Hawaii), and one builder even joined in from Australia, where it was 0300 in the morning. Full disclosure – I am a Sonex builder and owner, so am on the right distribution lists to find out about it – a good reason to stay web-connected with your own kit community. 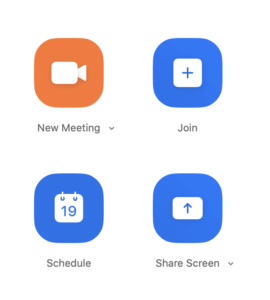 Designed for video conferencing or lectures, these types of sites don’t really lend themselves to what happens at the usual fly-in, where large groups break up into small circles of three or four people to talk about specific topics, with the small groups breaking up and recombining as the large gathering goes on. Instead, this particular fly-in worked well with a moderator (Culver) “going around the horn” and asking each participant to introduce themselves, say where they were, and tell a few things about their airplane or project. This worked really well to put names and voices to faces that we’ve seen on forums and read about in newsletters. Not so much a “mixer” as a sampler of the folks building the Sonex line of aircraft.

A few rules helped keep things on track – no politics being first and foremost. Additional courtesy rules included muting the mic when not talking, and not talking on top of each other. Since it was billed as a fly-in, Culver acted as “ATC”, and mentioned that rules violators would be asked to “go around, and maybe hold outside the area” if required.

Our overall impression? This was worth doing, and a great way to spend a little time on a Saturday morning – especially with spring winds gusting to 40+ outside. Many of the participants were dialing in from their hangars, and gave brief glimpses of their planes and projects – so the effect was really one of wandering around the airport to see what was going on.

I just wonder what getting 10,000 RV owners on the same conference would be like!