Turbulence is part of flying, and, in a business sense, a likely partner in any aviation endeavor. Zenith Aircraft has had its fair share of bumps and thumps lately, starting last spring, when the NTSB, in the process of investigating in-flight breakups of CH 601XL Zodiac aircraft, recommended that the design be grounded in both Experimental/Amateur-Built and Special Light Sport (SLSA) form.

The board indicated that aileron flutter was the likely cause of the accidents, and recommended a comprehensive evaluation of the wing and aileron system…including ground vibration tests, to identify design and/or operational changes that will reduce the potential for flutter.

For any manufacturer, a mandate like this from the NTSB, even if it carried no legal weight, would be enough to cause headaches worthy of a case of Excedrin. If that wasn’t bad enough, what followed the NTSB announcement, predictably, were broadside indictments of the design from every armchair engineer and aerodynamicist with Internet access. The design is weak. The ailerons will flutter in a stiff breeze. Fly one and you’ll die. 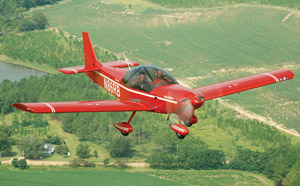 Zenith, as both a company and a family of aviation enthusiasts, could not let this stand-because of safety concerns, of course, but you have to imagine that it didn’t like the rubbishing of its image. So it began an internal program to find out just what was happening. A ground-vibration test was conducted on a conforming airframe and it passed, which naturally leads a company, which has had no problems with its own examples of the design, to conclude that we could be seeing builder/pilot error. In July, the company issued recommendations to check aileron cable tension and, as a proactive measure, reduced the maximum gross weight and recommended maneuvering speeds of the 601XL to help build some margin while it continued the investigation.

The issue went relatively quiet until another in-flight breakup occurred in early November, causing the FAA to publish a Special Airworthiness Information Bulletin (again, bulletin, not a rule or a grounding for the homebuilt versions) that strongly advised owners of flying 601XLs and CH 650s to voluntarily ground the aircraft while the factory came up with a fix.

At this point, Zenith was already well along with its own modification program, and was watching the efforts of the United Kingdoms rulemakers, who were beginning to require aileron balance weights to gain certification over there. Within days, Zenith published detailed documents of the fix and communicated with owners and builders about timelines and costs. Whats more, the company began posting photos and video of the upgrade process on its builder web sites. (Links to these and other documents can be found on our site, www.kitplanes.com, as well.)

In fact, the fix was actually several, including addition of the aileron balance weights. Zenith has been refreshingly up front about the process and the components of the update kit, which were expected to be available to builders and owners in mid November for around $300, basically the cost of materials. But lets not sugar coat this: The update kit is extensive, including mainspar reinforcements, modifications to the seat/spar carrythrough area, aft spar mounting plates, plus an aileron bellcrank reinforcement in the wing. Estimates are the kit will require 80 to 100 hours to install. Company patriarch Chris Heintz has said that this series of modifications should answer any question about the designs strength, and build in large flutter and structural margins. A belt-and-suspenders approach, in other words.

Quite beyond the safety aspect, which I think Zenith is working diligently to address, there’s one of prestige for the company and product value to owners. Before we call Zenith an outlier, remember that the Beech V-tail Bonanza had a very similar episode in the early 1980s, when the design was implicated in in-flight breakups. It was an ugly mess at the time-not helped by Beechs denial that there was a problem-but eventually a fix was found, implemented, and both the reputation and value of the aircraft were restored. Turbulence seems worst when you’re in the middle of it, right?

All About Avionics: EFIS Dreams 2010

Stein Bruch - July 7, 2010
0
In this years update of the options for EFIS buyers, we find that while some companies have folded or opted out of courting homebuilders, others are marching ahead with new products, features and cooperative arrangements. By Stein Bruch.