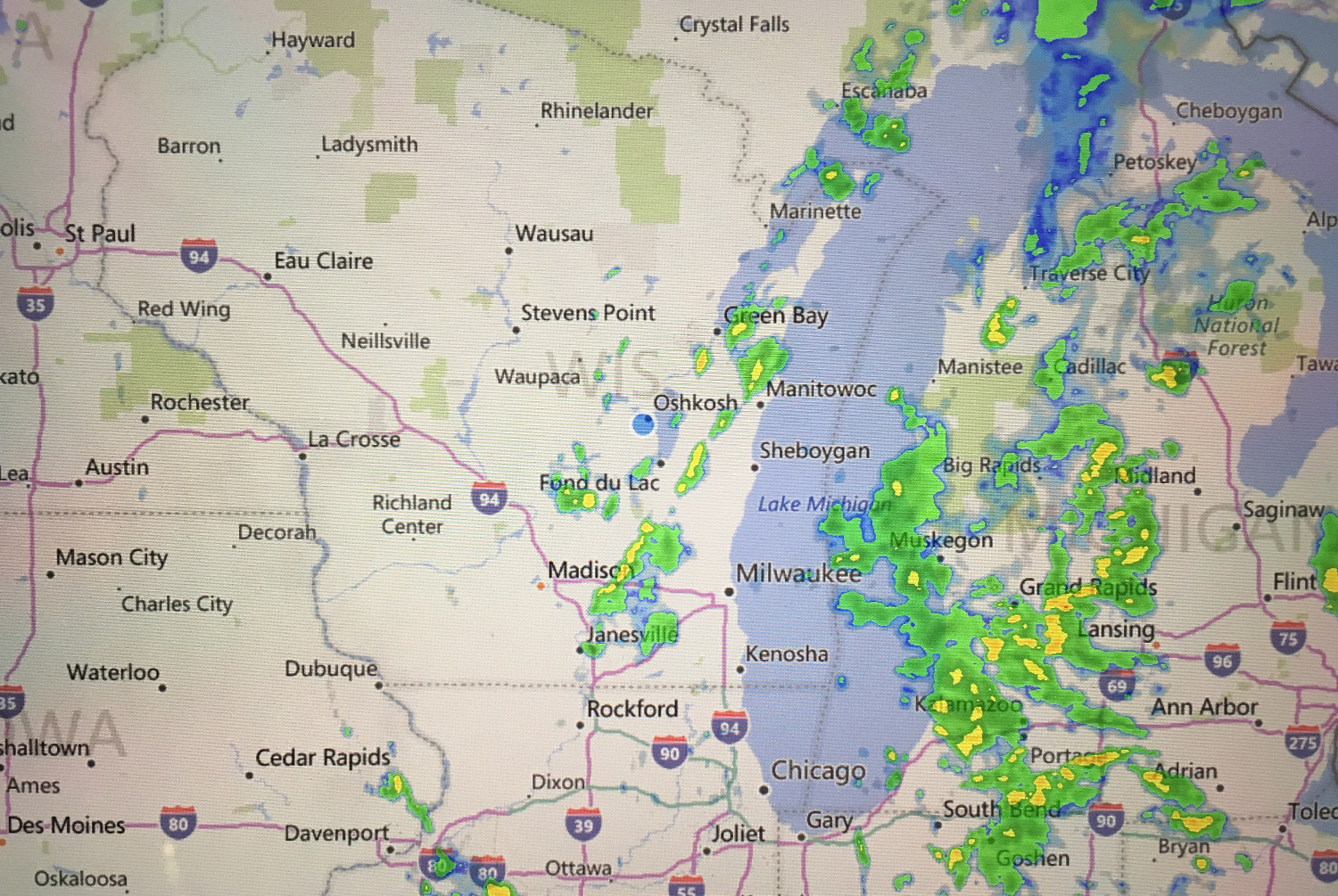 Airplanes arrived at AirVenture in spurts today, as the low pressure center that was using the filed as a pinwheel moved ever so slowly off to the south and east. The rain stayed away until late morning, but low clouds persisted in the area, with bases reported from slightly above the 1,000′ minimums to slightly below – depending on if you were buying or selling. The first hearty souls started trickling in about 0845, and there was a major spurt of activity from about 0930, with an arrival of Cherokees, followed by a wide variety of aircraft that had been holding over Green Lake for that arrival.

Unfortunately, rain closed back in from the western spiral band about 1100, and persisted on and off through the afternoon, then in to the evening. Fortunately, pilots who were watching carefully were rewarded with short opportunities to make it into the field.

The forecast is for continued clearing into Sunday, with a chance of precipitation until late morning, followed by a cessation of showers after that – which should set up a long period of frantic activity on the arrival front until the field closes for the night. Readers who will be part of that mass attack on Oshkosh are reminded that this same scenario set up one of the toughest afternoons in recent memory with a huge number of airplanes vying for the same airspace for several hours. While there were no reportable incidents during that busy afternoon, there were many reports of close calls experienced (and witnessed), most due to someone doing something unexpected. So keep sharp, know the NOTAM, and be prepared to give way to someone that might not be following the procedures. You can always come back around for another try if you keep from bending metal with another aircraft.

We’ll be watching what should be a true invasion if the weather forecast holds, and we look forward to seeing the field fill up with interesting aircraft!