Anyone who is building (or has built) a plane knows that your plans rarely remain pristine. I don’t think I have ever met a builder who doesn’t make notes to themselves or others on the plans and assembly instructions for anything as complicated as an airplane. It should comfort us all to know that this practice goes back to the very beginning of aviation – the Wright Brothers, in fact. 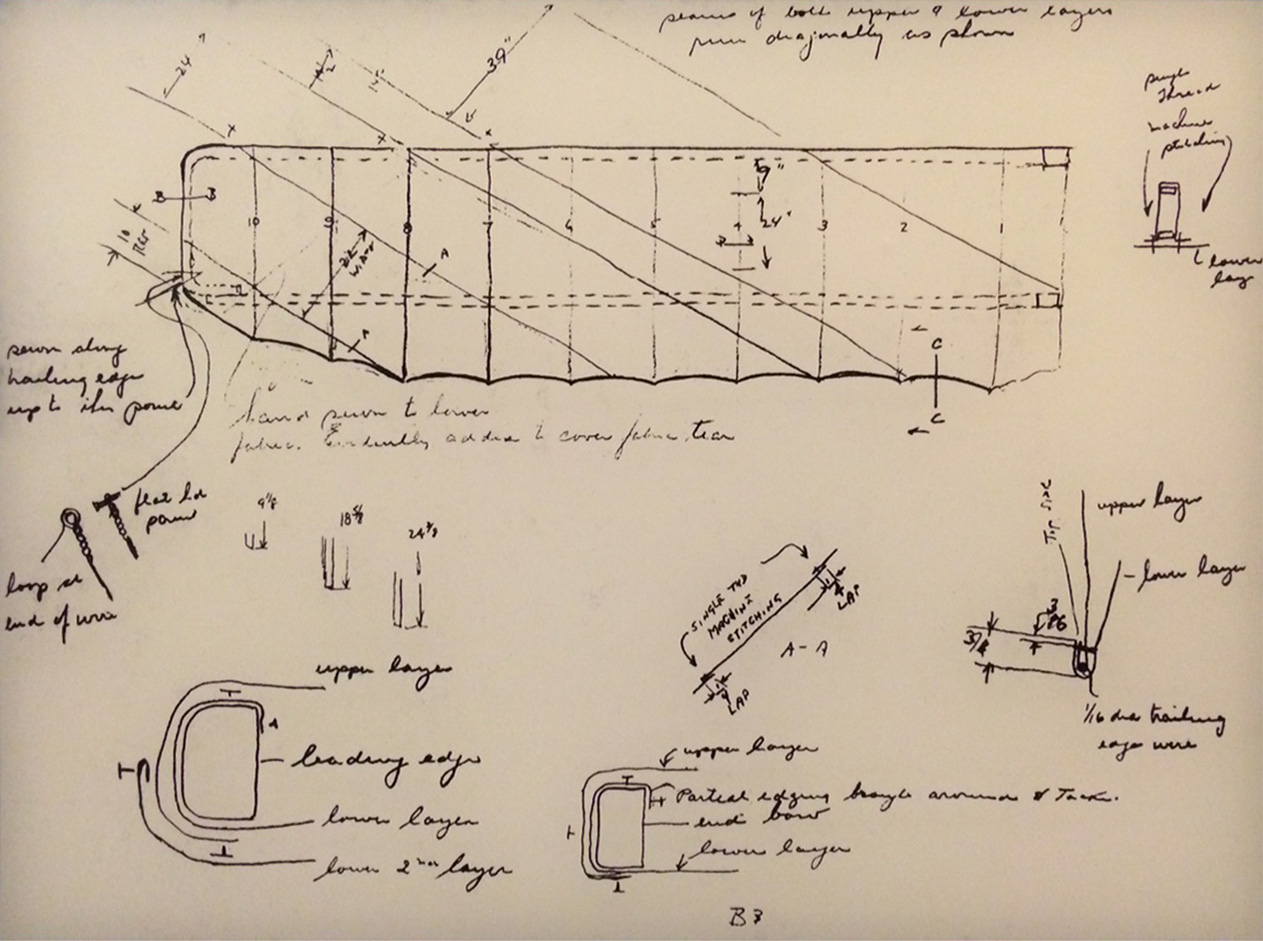 Here is a photo of a page of notes put together by Orville Wright to help a museum re-assemble the 1905 Wright Flier. The 1905 has ben on display in Dayton, Ohio for many years, but was originally stored at the Brother’s outpost on the Outer Banks in North Carolina. The airplane had been flown mostly at Huffman Prairie, outside of their hometown of Dayton, and was considered by the Brothers (the world’s first successful homebuilders) to be the worlds’ first “practical” aircraft – being able to rake-off, fly complete circles, and stay aloft until its fuel was exhausted.

After being retrieved from storage, the airplane passed through a couple of different caretakers before retuning to the City of Dayton, where Orville offered his help in getting the details correct as it was put back together. May pieces had to be rebuilt or repaired, and these notes were Orville’s guidance as to how that should be done.

It’s always nice to get a sketch and notes directly from the designer – don’t you think?

Paul Dye - August 5, 2019
0
One of the big reasons that people build their own airplane is the flexibility...