It may be summer as you read this, but when it was written, we were all being inundated with the news that record low temps were being set across North America. It certainly brings back fond memories of my maiden flight in the very first aircraft I built, an RV-4. It was -10 F on New Year’s Eve in 1983 in Cleveland, Ohio. I’m sure the adrenaline kept me from noticing the cold, and I certainly didn’t have any engine cooling problems! And what a contrast to the maiden flight of my most recent completion, a Kitfox Super Sport, performed on a June day in Atlanta, Ga. 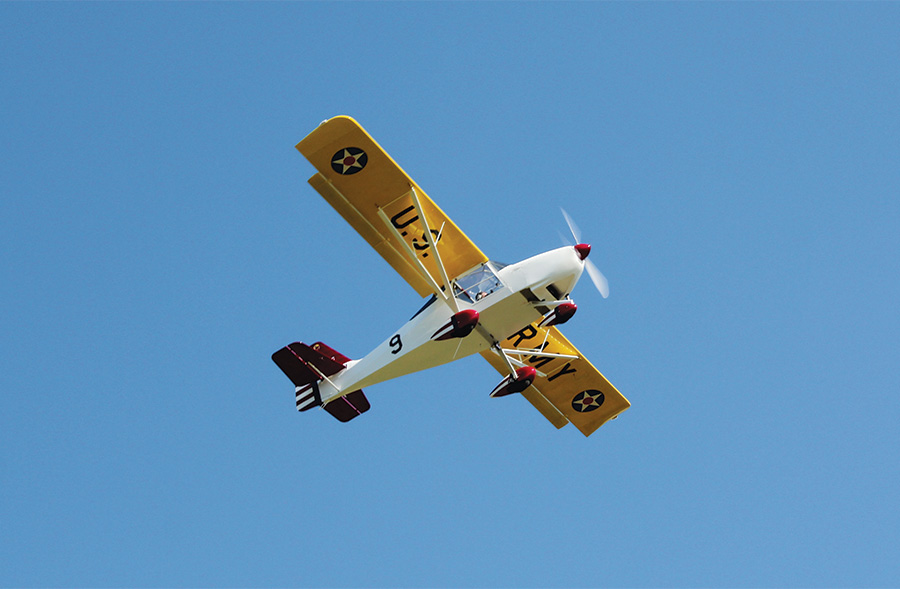 Having built nine airplanes across those 30+ years, and having performed all of the maiden flights myself, along with many other maiden flights for other builders, I thought I would pass along some observations and recommendations.

One of the first things I tell builders as they get closer to the big day is that they really owe it to themselves to create and perform a checklist for both the pilot and the airplane. It’s relatively easy to perform one for the airplane. Most of the 51% kits today include a final checklist, and most DARs require one to be performed, signed, and submitted at the time of the airworthiness inspection. Post airworthiness inspection, I always offer up this piece of advice: take your builder’s hat off and get into pilot mode. Stop thinking about it as a project and respect it as an airplane.

A good many, but not all, builders unfortunately let their piloting skills deteriorate during the build process. Sometimes it’s just a matter of circumstances. I know I’ve met more than one builder who sold their current-flying airplane towards the end of the project to fund the engine or instrument panel. For others, the skills needed for that first flight may not be immediately transferable. Someone used to flying around a 300,000-pound jet may find themselves quickly overwhelmed in a much lighter aircraft. Throw in no tailwheel currency, an unnoticed wind shift after take-off, screaming alarms, etc. You get the idea. Transition training anyone?

OK, let’s say we’ve pre-flighted the airplane and the pilot, and everything is looking good. Time to pick a date and let the friends and family know. Right? After all, they’ve been asking. Wrong! Never put this added pressure to perform with so many unknowns. After all, it’s an unproven aircraft. Just because it started yesterday doesn’t mean it will start today. Heck, everyone knows you never left the master switch on before. It’s just that Aunt Martha called last night while you were updating the databases and then the dog got out, etc. Now you are rattled while you find the battery charger, everyone is getting impatient, and before you know it, you will forget something. Don’t do it. Almost every accident can be traced back to a break in the chain of events.

Assuming the pilot and airplane are both ready, most builders move on to a phase called “taxi tests.” Some even do this prior to the airworthiness inspection, which in my opinion is very dangerous. To be clear, I am not saying that the taxi tests are dangerous. I actually think they are needed. I just believe that whenever an airplane is positioned on a runway both the pilot and the aircraft should be mentally and physically prepared for flight. This means everything in the aircraft is stowed and secured, the unused seatbelts are buckled or secured so as to not interfere with the flight controls, all external fairings/panels/access doors are secured, there is only one connected headset (if needed), all fluids are at their proper operating levels, and there is adequate fuel on board for at least one hour of flight. One other thing—do take the time to brief the ground crew on emergency procedures, if needed.

For those who have completed some of the more popular aircraft (RVs, Kitfoxes, Glasairs, the list continues to grow), there are usually experienced pilots around who can give advice or even take you flying in their airplane so you can get a feel for the controls and the sight picture over the nose during different phases of flight. For those who have built less-popular or even proof-of-concept aircraft, take the time to think about what could be different about your aircraft than the factory demonstrator. I know this very thought process saved my life during the initial test flight of my Prescott Pusher. Mine was the first customer-built aircraft completed, and I had flown the factory demonstrator over a year earlier. I did ask myself what could be different about mine on the way to the airport. The only thing I came up with was that the factory pilot was a lot heavier than I was (I was younger then!). So I grabbed a 25-pound bag of lead shot and put it in the seat next to me. When the aircraft jumped off the ground unexpectedly and began to oscillate in pitch I immediately threw the bag of lead underneath the rudder pedals on the right side. It was clear to me that I had a very serious aft CG problem. The video of that first flight still gives me the willies, but it’s a lesson I never forgot. Yes, we narrowed the CG envelope after that flight.

Now, if a bump in the runway or sudden gust of wind should unexpectedly cause the aircraft to become airborne, you are ready for it. No panicking, chopping the power, slamming it down into the runway, or losing control. You are ready. After all, you are a pilot, so now fly. And remember the three cardinal rules: aviate, navigate, and communicate.

So now you’re airborne and priority one should be altitude. Altitude is your friend now. Maintain a good airspeed that permits proper cooling. That first 1000 feet is critical. It should put you in a position from which to make an emergency landing if needed. Remember, we all learned how to do those at one time! And now, navigate. Yes, call it navigation if you must, but do stay in the vicinity of the airport. If airspace and traffic permits, set up an orbit between 2000 and 3000 feet, remaining within power-off gliding distance of the airport.

So, if everything is normal at this time, you may want to take the time to let everyone know you and the airplane are OK. If you are having problems, no sense talking about them. Aviate first. I know some builders have chase planes on first flights. Personally, I think that is a practice best left to the formally-trained test pilots.

I recommend that first flights be at least 20 to 30 minutes long, but certainly no longer than an hour. Thirty minutes is usually enough time to see the CHTs decline, indicating the rings are seating. Anything more than an hour is just asking for trouble during the landing phase. Given the prep time for the first flight, some taxi tests, and an hour of adrenaline-soaked flying, the total time could be approaching several hours, and you are now asking yourself to be at your very best for the first landing in an unproven aircraft.

As with being prepared for an unplanned takeoff, you should also be prepared to either land or go around at the completion of your first approach. Perform a checklist and then execute it. If you have to go around, be judicious with power, as the elevator trim required for landing could be vastly different than what is required for climbout; it could surprise you with a rapid pitch-up upon the application of full power. I recommend that for the first approach and landings, the trim should be set such that it requires a little aft pressure on the stick as you come down final. Oh, and one other thing—pump the pedals and make sure the brakes feel hard. No sense finding out you don’t have a left or right brake after you land. Be prepared.

If you do have to go around, seriously consider making an orbit or two to calm down. Maybe the winds shifted and it is time to use another runway, or maybe the speed was too fast. Whatever happened, learn from it and move ahead only when you are ready. But do check the fuel!

So let’s say the touchdown is uneventful. Whatever you do now, do not stop flying the airplane, whether it has a nosewheel or tailwheel. This is most likely the fastest speed at which the airplane has been on the ground. Be careful when applying the brakes and watch for proper taxiway turnoffs, etc. No sense hitting a ditch or runway lip and putting a damper on things.

And yes, it is time now to go park the airplane, not take it up again. I strongly urge everyone to remove the cowling and give the engine a thorough looking over to be certain there are no leaks, everything stayed attached (such as accessories, exhaust systems, etc.), and all flight controls and landing gear are normal.

Now is the time to congratulate yourself on a lifetime accomplishment that surely sets you apart from others, even other aviators.

And by the way, now is also the time to invite your friends and family for that first Flight!