Back in the days when we flew space shuttles off the surface of the planet, we knew that it was risky. Millions of parts all had to do their job, and if you had a launch that was 99.9999% successful, you still had several failures-and hoped that those weren’t single point failures that could bring you down. Sadly, twice, they were. Every mission, however, was designed as carefully as possible to manage the risks we could control, mitigate the ones we could-and then we would simply have to accept those which had no other answer. If you want to make an omelet, sooner or later you have to break some eggs.

The ascent, or launch, phase of any shuttle mission was fraught with the peril of literally blowing a 110-ton Experimental aircraft and its crew into low-earth orbit. The problem was that there were many things that could fail in the eight and a half minutes of powered flight, and leave you without the capability to get into that orbit-you’d find yourself falling back out of the sky, looking for a place to set down safely. These were called “ascent aborts,” and there were many different options. You could land back at the launch site, try to make a landing at a long runway on the east coast of North America, or cross the Atlantic and enjoy the sunshine after landing in Spain (or France-or North Africa). Or you might make it all the way around the earth in about 90 minutes and set back down in the American West. You didn’t have much time to think about the options by the way-usually only seconds separated the various abort options.

Unfortunately, there were also cases we simply couldn’t solve. Early in the program, we talked of “abort gaps,” but later, our real worry was “black zones.” An abort gap was a spot in the trajectory where you couldn’t reach any abort spot. A black zone is a place where the failure of any or all engines will lead to a loss of the vehicle due to over-temp or structural load exceedance trying to get to a landing site. You see, you might technically have had enough energy, or lift generation capability, to make any spot within range-but the capability of the shuttle structure and thermal protection system could be exceeded if, for instance, you needed to try to stretch a shallow entry across the Atlantic, or had to make too tight of a turn to get back to the East Coast. The bottom line was that you’d find the airframe melting or disintegrating around you, with no reasonable ability to bail out. These black zones were always the result of multiple engine failures leaving you in a bad spot.

What does this have to do with Experimental aircraft? Well, aside from the fact that the shuttle was the king daddy of Experimentals, we have to make sure that operationally, we don’t build any abort gaps or black zones into our own flights-at least without knowingly accepting the consequences. For instance, let’s take a look at the risks of our first takeoff in a new airplane. Well, first, let’s take a look at the planning that goes into the launch of a glider.

When you line up behind a towplane on the runway in a typical glider, you go through a little mental abort planning. The danger is not that the engine will quit (you don’t have one), but that the towline might break. So…from the start of the roll to 100 feet, the plan is to land straight ahead if the rope breaks. If it breaks from 100 to 200 feet, you can turn to 45 degrees in either direction and try to land somewhere smooth, flat, and unobstructed. If the rope breaks above 200 feet, you can do a 180-degree turn back to the runway and land-hoping that you don’t overshoot. See? No abort gaps. If the rope breaks at any time, you have an option to get you safely back to the surface. That’s one of the things that makes soaring a sport and not a daredevil activity-lots of abort options.

In your powered Experimental, you can, and should, go through the same exercise to see if you have any gaps in your abort plans. If you have a long runway and a high-performance airplane, you might find that from ground level to 500 feet, you can land straight ahead on the runway, while from 500 to 1000 feet, you have to accept a turn to a crossing runway, or go into the overrun. Above 1000 feet, you can fly a normal pattern-maybe. If you have a high wing loading, low L/D airplane, you might not make that work-but how about if you start your crosswind-to-downwind turn a little early, putting yourself closer to the point abeam the numbers sooner? That kind of planning is called “closing the gap.”

Planning ahead is a part of risk management, and it is really not all that complicated or difficult. Think about what can go wrong-then think about what you will do if it happens. Better yet-think about how you can modify your normal operations so that if the failure occurs, you have made the resulting situation a non-event. Avoid the black zones-avoid the gaps. As exciting as the idea of test flying can be, the truth is, good test pilots like to make it as boring as possible. You get home to dinner more quickly if the day is routine.

One of the ways in which any human endeavor advances is through the sharing of information-between people in the same field, and between those who never thought that they had things to share between fields. Time and again in my engineering career, I have seen a tough problem solved using a technique (or information) that was considered commonplace by some-yet appeared to be a stroke of genius by those who were initially stuck. Science, engineering, art-it works across all lines and all types of cultures. 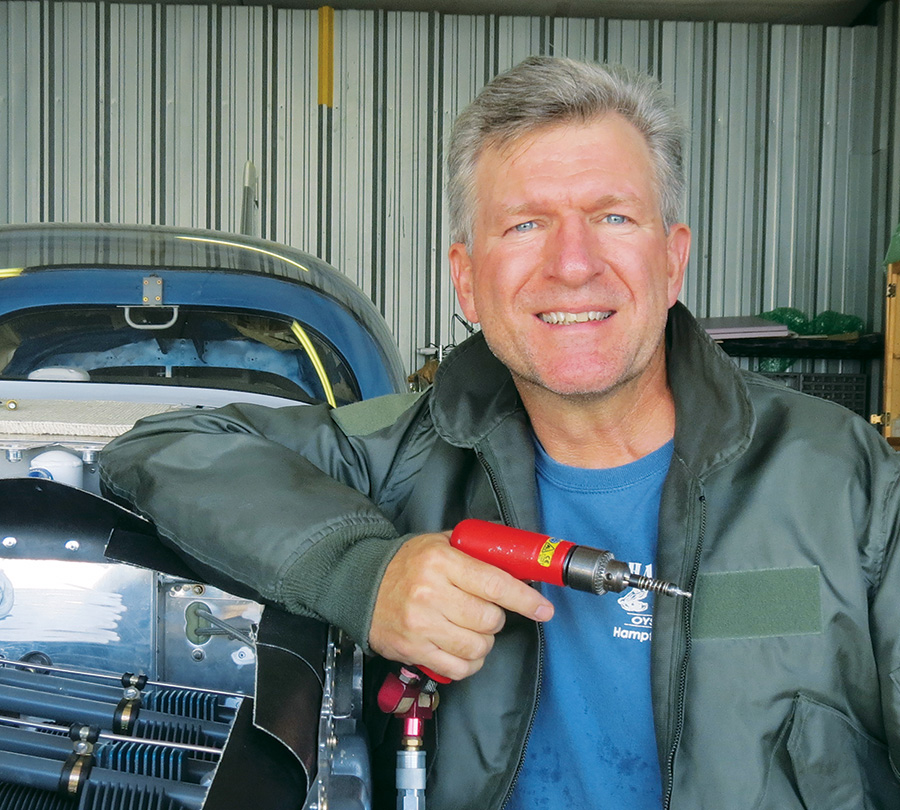 Aviation is no different. Seaplanes, for instance, borrowed a lot of their hull shapes from the world of nautical engineering. (Marine architects said thanks when it came to hydrofoil design, so the benefits were mutual.) As someone who spent a fair amount of time hanging from technical climbing gear in my youth, I was surprised to find that modern ropes were items of awe and disbelief among pilots trying to find something with which to tie down their craft. Rope design is old hat for climbers-not so for aviators it turns out. We borrow lots of things from other disciplines when we build-aviation did not invent wood construction (or composites for that matter).

The same thing is true in the thought process of flying our craft-specifically in the area of risk management. This month, I’d like to introduce Sid Mayeux, a new columnist with a wealth of background in military aviation risk management. Sid joins us to write “Risky Business,” a new column dedicated to helping builders and pilots evaluate the risks they are taking-and what they can do to mitigate them. Now a homebuilder, Sid will cross-pollinate information and lessons from his years helping fighter pilots return intact from missions-both in peacetime and in war. You’ll be surprised just how many parallels he draws between what we build in our garages and the world of aerial combat.

Roy Beisswenger - August 10, 2012
0
Should powered-parachute and trike pilots have the option of earning a commercial license? By Roy Beisswenger.