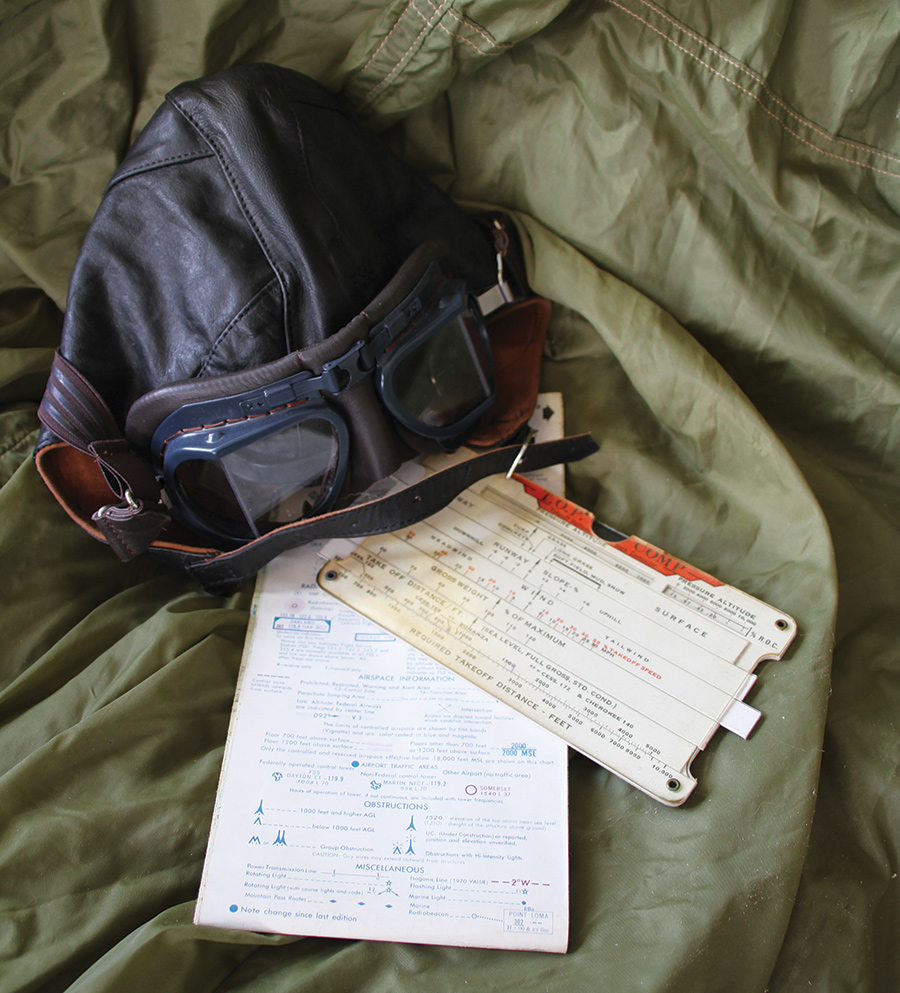 In his classic short book, Wind, Sand and Stars, the pilot and writer Antoine de Saint-Exupry described the world of the commercial air mail pilot flying the wilds of South America in the 1930s. The technology of his day consisted of wood, steel, and fabric aircraft with engines whose lives were measured in double digit hours, and there were no mentions at all of anything resembling what today we would call avionics. A compass and the stars were all he had, along with the memory of flying the route before. A mountain here, a river there—perhaps the shoreline of a great sea to announce that the continent had been crossed—these basics were the combined sum total of the art of aerial navigation. What maps there were lacked in detail of any kind, and it was most important to know if you were east or west of the Andes, and if the sea below was Atlantic or Pacific.

He writes of fighting with the elements—great storms of wind, swirls of clouds that had to be topped without the benefit of gyros and guidance, lashing rain and snow—it truly was a time of man against nature, with little in between to add safety or security. A familiar star over the shoulder and a glimpse of the earth below—a pilot who went down due to engine failure or other malfunction was as likely to simply disappear from this world as he was to ever walk out of the jungle—although both outcomes are recorded in Saint-Exupry’s poetic tales of daring.

As I was growing up in the 1960s, just 30 years later, a lad with an aviation bent and a craving for knowledge, I read contemporary stories of pilots flying their modern Cessnas and Pipers through bad weather in the eastern Appalachians, fighting ice and struggling to orient themselves among the low mountains, ridges, and valleys despite the latest in instrument and radio technology. The ADF and VOR system could indeed tell a pilot where they were through the arcane wiggling of needles and interpreted numbers on round dials.

It took a great variety of mental gymnastics to turn those interpreted values into a mental picture of position, relating the signals to paper maps and hoping that you hadn’t reversed a reading or taken a reciprocal while heading down into one of those dark valleys, with rocks and trees interspersed with radio antennas that marked the centers of population and civilization. Many a pilot found their end among those rocks because they got it wrong—their clock was off, the winds were not as expected, or the mental image they formed of where the dangers lay simply failed them on the proverbial dark and stormy night. A flash of flame, and they and their aircraft were gone from human memory.

Ahh…the progress of a lifetime. Today, for the price of a few tanks of fuel, we can have presented to us a virtual map of the earth showing our position upon it as well as the obstacles in our path. A magenta line shows where we want to go, and if you wish to stay on that safe course, all you have to do is orient the little airplane that represents your craft so that it crawls along that path. If you wish to know the weather, it is there as well—and now we can even see the positions of fellow pilots and their planes—comforting dots to show that no, we are not alone. Our position is determined by magic, a string of pearls surrounding the earth, capable of pinpointing our position within a matter of feet, or even inches.

Arthur C. Clarke once wrote that “any sufficiently advanced technology is indistinguishable from magic,” and the GPS we use today is no better illustration of that saying. I can (or at least I used to be able to) write the equations and describe the technological processes by which the GPS receiver in our airplanes can determine our exact position in time and space. But even with that knowledge, if I stop to think about the little black box (or boxes really—I usually have about six receivers in the airplane), it is still simply magic. I spent much of my life learning to navigate by every means derived by humankind: reading maps, drawing lines, measuring declinations, and even shooting the stars. What took so much effort even a few decades ago is reduced to trivia by today’s little magic boxes.

Many will poo-poo the modern technology, declaring that real pilots can do without it, that they are prisoners of the magenta line. And I get that. For if all the magic goes away, I still have all of those other techniques learned so many years ago to guide me to a safe outcome. So long as I have a way to stay upright and a method of orientation (be it looking at the earth, the stars, or understanding the wind), I have no doubt I will find my way down. New pilots should understand that they need to have a plan if the magic goes away as well, no matter how unlikely that might be.

But to build a traveling airplane with nothing but old technology—what’s the point? If the goal is to get somewhere safely, quickly, and efficiently, with little stress or worry, then give me all that technology has to offer. If the goal is to emulate our forefathers and get by with minimal tools, to survive on our wits—then by all means, let’s play with the limitations of the past. And of course, there is joy to be found with nothing but the wind in your face and maybe a clock to tell you when your fuel is almost gone. But not when the clouds close in, the wind comes up, and the rocks poke their heads out of the darkness. Under those circumstances, I am sure that even Saint-Exupry would agree—knowing is better than guessing, and living to see (and describe) yet another sunrise is better than disappearing in the night.

Kitplanes is always looking for new ways to bring you the information you need to build and fly better aircraft, and this month you’ll see two new small additions to the magazine that we hope to bring you in most future issues. In “Unairworthy,” we will show you a picture that illustrates real conditions found in real airplanes built by real builders that don’t really measure up to the standards we set for safety and airworthiness. So many people are building so many airplanes around the planet these days that mistakes are bound to happen. Not everyone is engaged with other builders in ways that provide them answers as to how things should be done. That is as much the fault of those with experience not making themselves available to share their knowledge as it is the novice who doesn’t ask. The important thing for all of us will be to look at those pictures and realize that at one time, we all could have made the same mistake—and to ask what mistakes we might have in our own futures. There but for the grace of God…

The other new item is “The Creative Builder,” a collection of unique, advanced techniques and ideas sent in by a repeat aircraft builder who chooses to remain anonymous, but has a lot to contribute to our collective knowledge and wisdom. Creativity comes from a variety of places, usually by looking at problems just a little sideways, and looking for simple solutions to complex problems. As I looked through the many pictures and ideas presented by our Creative Builder, I was struck by the simplicity of many of his creations, and I could not help but remember the quote of Saint-Exupry that “perfection in design does not come when there is nothing left to add—but when there is nothing left to take away.”