I don’t know if you’ll feel this way, but I found a lot to be hopeful about in this issue. Maybe part of it is that as I am writing this, it’s graduation season, and my town is awash in the celebration that comes with young people being on the threshold of something new, something different. But I think it’s more than that. It’s people like Nick Otterback, whose Arion Lightning graces the cover of this issue. Here is someone who is passionately pursuing perfection, or getting as close to it as he can. Several years ago, when we last featured the Lightning, Otterback had listened to sage test pilot Chuck Berthe’s suggestions about how the airplane could be improved, and he incorporated some changes. Berthe’s words may still be reverberating, as Otterback continues to refine the Lightning. That approach to manufacturing is more rare than you might think.

Then there are the stories (Viewfinder and “Homebuilding on the Edge”) about an enclave in the California desert adjacent to an outfit you might have heard of called Scaled Composites. Elliot Seguin of Scaled invited us out for a visit about a year ago, and it finally happened (such is the nature of magazine publishing; good things take time). Editor-at-Large Marc Cook visited the facility and the local airport in Mojave a couple of months ago. Not only did he get a personal tour of the factory founded by Burt Rutan, but he also got an up-close and personal look at SpaceShipTwo, though that experience couldn’t be documented with photographs. There are both ordinary and extraordinary things going on out there in the desert, including Gene Sheehan’s electric Quickie project, which you can also read about in Dean Sigler’s column, Alternative Energies; Sheehan made an appearance at the sixth annual Electric Aircraft Symposium in April.

There was another item in the news that prompted my good cheer, which was the successful launch into space and recovery of the Dragon capsule by SpaceX, which circles back around to Burt Rutan and all that he has been able to accomplish. Like Rutan, Elon Musk is a bit of an outlier in the aerospace world, yet he appeared on the scene and in relatively short order, and despite great obstacles and potentially fatal financial shortfalls, managed to achieve something fairly spectacular. Few would have expected him to succeed. Musk’s background is in the Internet realm (he cofounded PayPal) and in the automotive world with the Tesla electric motorcar company. He is not an aerospace engineer by training. Until SpaceX, only three nations and one agency had flown a capsule to the Space Station. SpaceX’s Dragon capsule is the first from a private company to complete the round trip. Musk’s plans go further than wanting to just ship supplies into space; he wants to fly people there.

According to an appearance on 60 Minutes, Musk’s first tack toward encouraging enthusiasm about space travel was his attempt to buy a refurbished ICBM missile that he would send to Mars so that it could beam back photos. That pro-ject didn’t fly, but it prefaced what came next: Musk invested $100 million of his own money into the Falcon Nine/Dragon project. Why? He believes mankind must become a multi-planet species to survive, and the only way to know which planets are habitable is to explore them.

Just as many homebuilders construct parts themselves, Musk’s Los Angeles factory, a former Boeing 747 plant, builds most of its own parts in order to be efficient and keep costs down. Some 1400 employees construct engines, rockets and the space capsules. Metal goes in, and a spaceship comes out, with final assembly occurring at the launch point, in this case, Cape Canaveral.

How did he learn how to do this? He read books, talked to smart people and assembled a Cracker Jack team. However, he’s not about to turn his back on the U.S. space agency, NASA. In fact, SpaceX will be vying for the NASA contract to build the next U.S. manned spacecraft, a feat Musk believes he can achieve. In that sense, Dragon was a proof of concept design. Although Musk said he “wishes it wasn’t so hard,” he also said that short of “being dead or completely incapacitated,” he won’t give up on his dream. He also confessed to being disappointed that some of his greatest heroes, astronauts Neil Armstrong and Gene Cernan, both testified before Congress that they were bothered by his lack of experience and the perils of privately funded commercial space flight. Couch that in aircraft terms, and I’d bet many homebuilders have met with a similar sentiment. But most don’t give up, and because of them, and people like Otterback and Musk and the Mojave group, I’m optimistic. 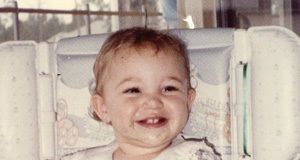