There is a distinctly unique RV sitting across the walkway from the Van’s Aircraft tent, but an RV it indeed is! It is the one, and only, RV-5 and it will be here all week through Sunday. After successfully building the RV-1 and selling a few plans, Richard “Van” VanGrunsven went on to design and successfully market the RV-3 (single-seat) and -4 (tandem seat), low-wing, mostly metal “total performance” airplanes. 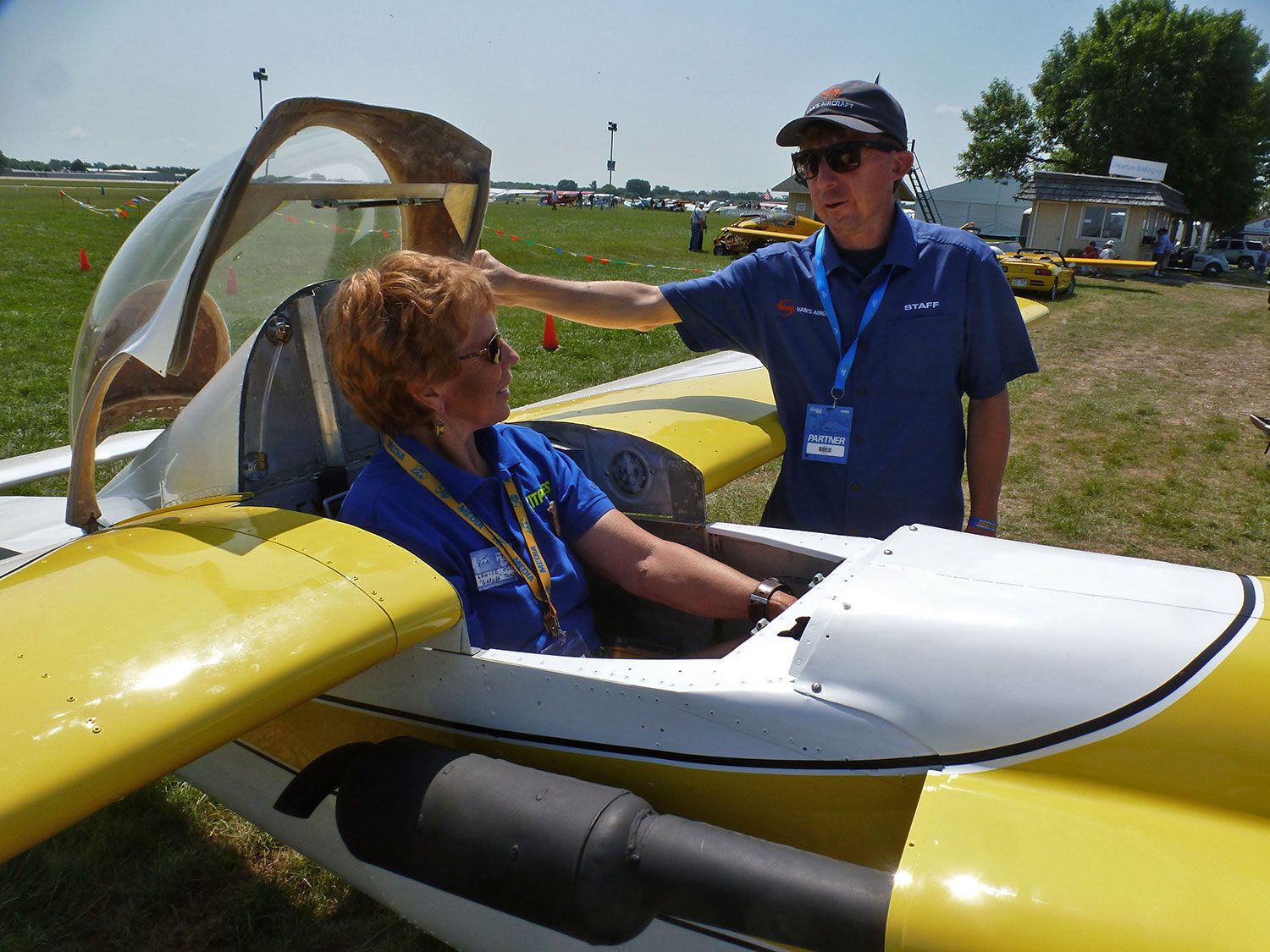 But, the gas crisis of the mid-1970s started him thinking about going towards what today would be described as a “light-sport” airplane. Thus, he started messing around with a design to minimize fuel-burn while facilitating local flying and fun. The result, built by him and EAA Chapter 105 in Oregon, was a one-off, never marketed nor intended for marketing, proof-of-concept RV-5. Van says it saw a lot of hours in the air as his family, including a niece and nephew who are both now airline pilots, flew it for fun and building time. It met (or exceeded) Van’s intent with flying colors. 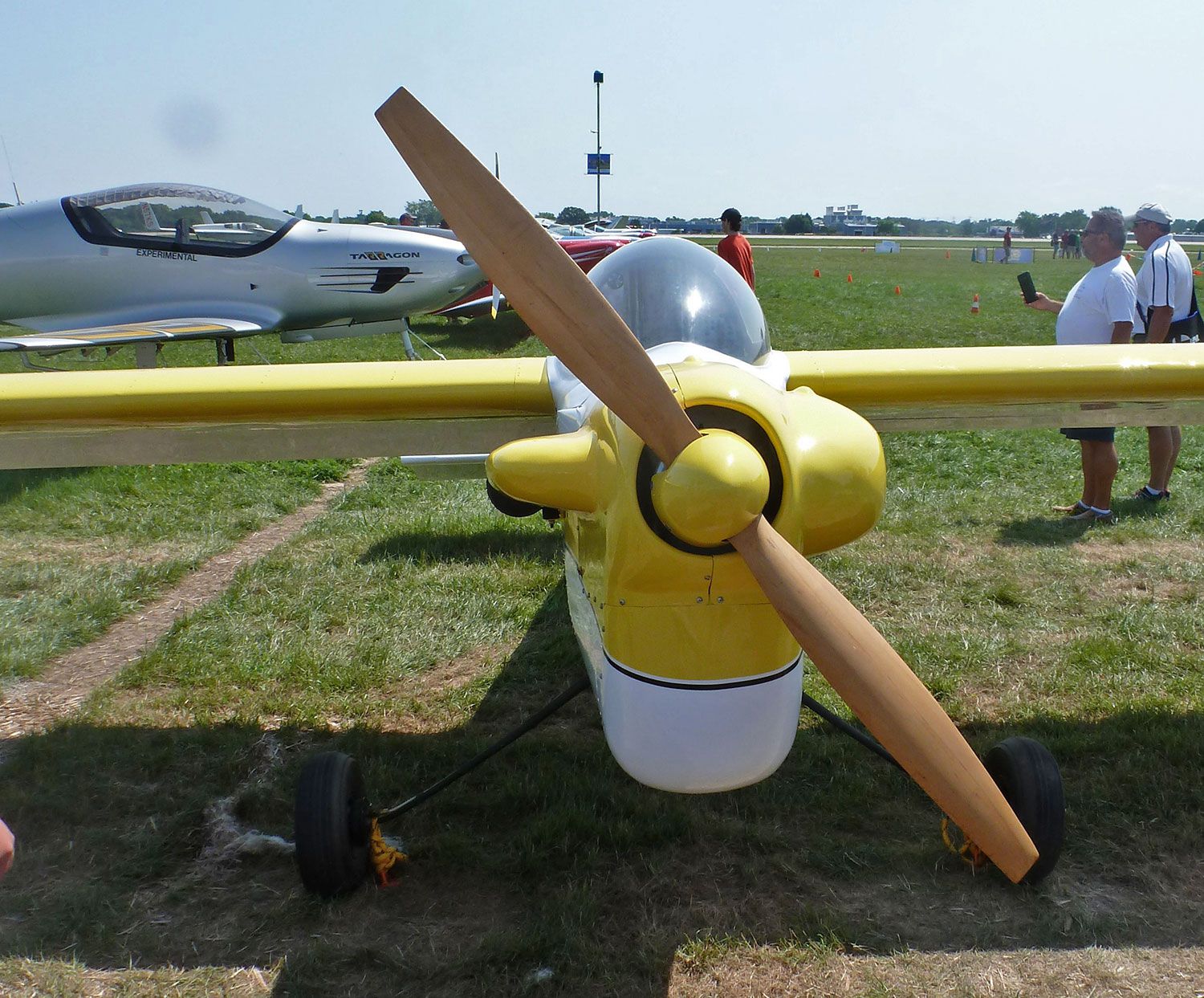 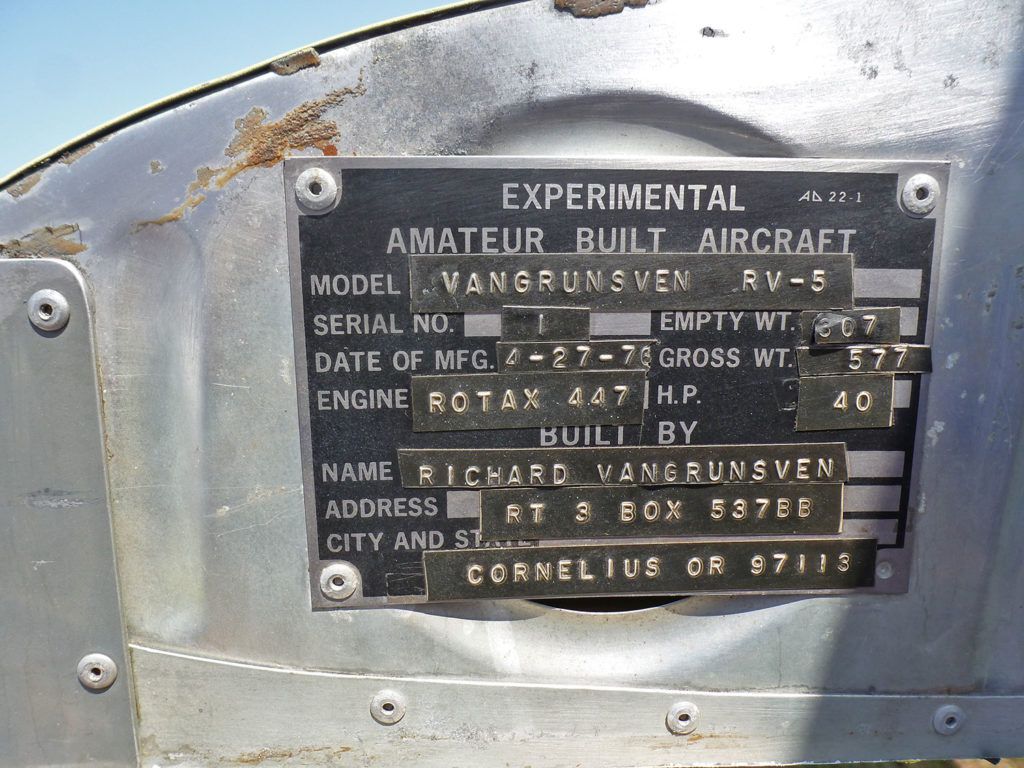 The plane has been in storage for several decades but Rian Johnson, Vice President and Chief Engineer at Van’s Aircraft, pulled it out and started restoring it a while back with help from other Van’s employees, Van’s brother Jerry, and other local homebuilders. It is a labor of love done off-the-clock and the work is nearly completed. It isn’t flying quite yet, although they hope to have it in the air by this September. KITPLANES Editor-at-Large Paul Dye has been promised an opportunity to fly and report on it so you may anticipate an upcoming article.

This year, the RV-5 had to settle for riding in a trailer to Oshkosh. Maybe it will be flying in 2020? 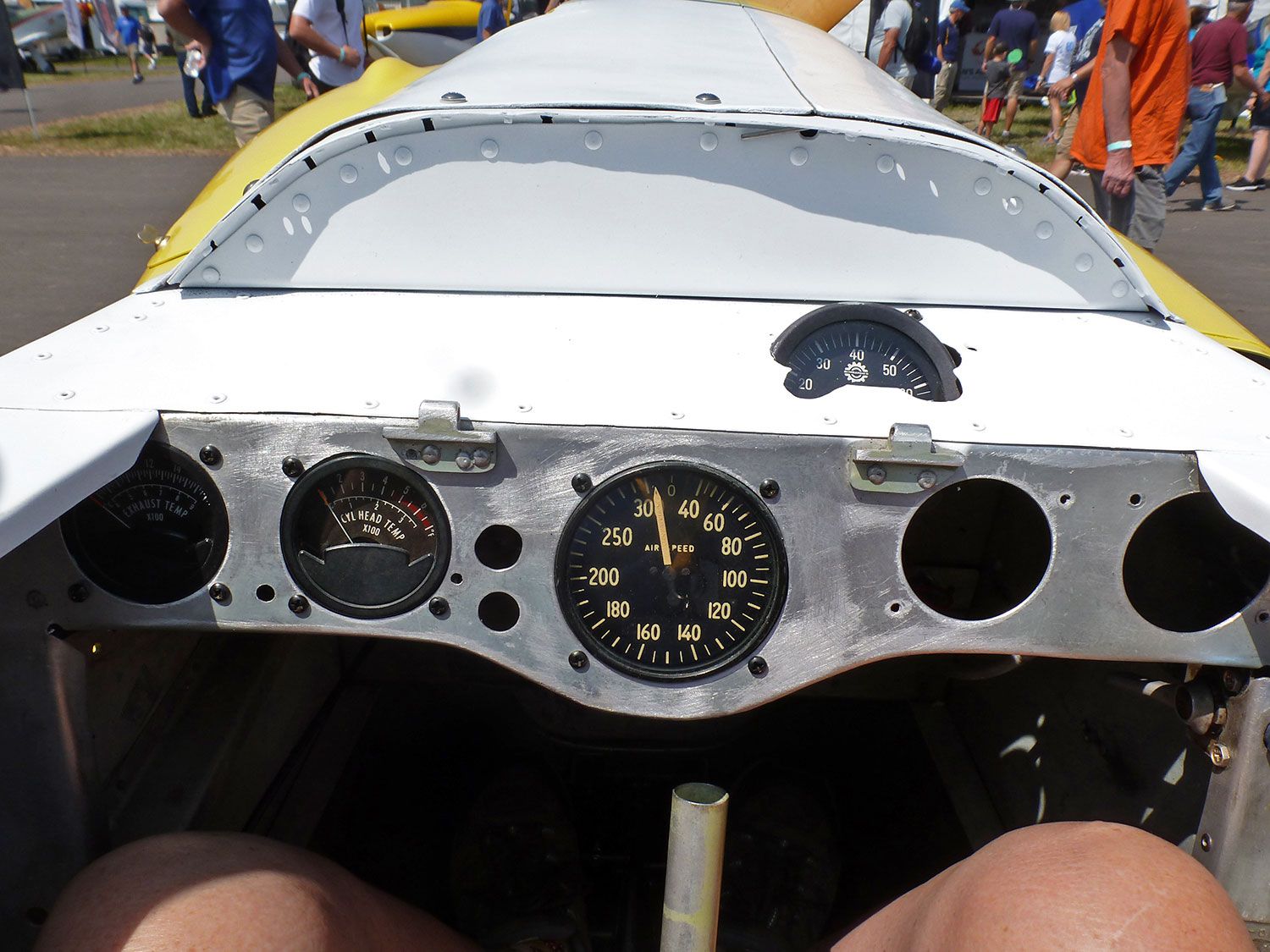 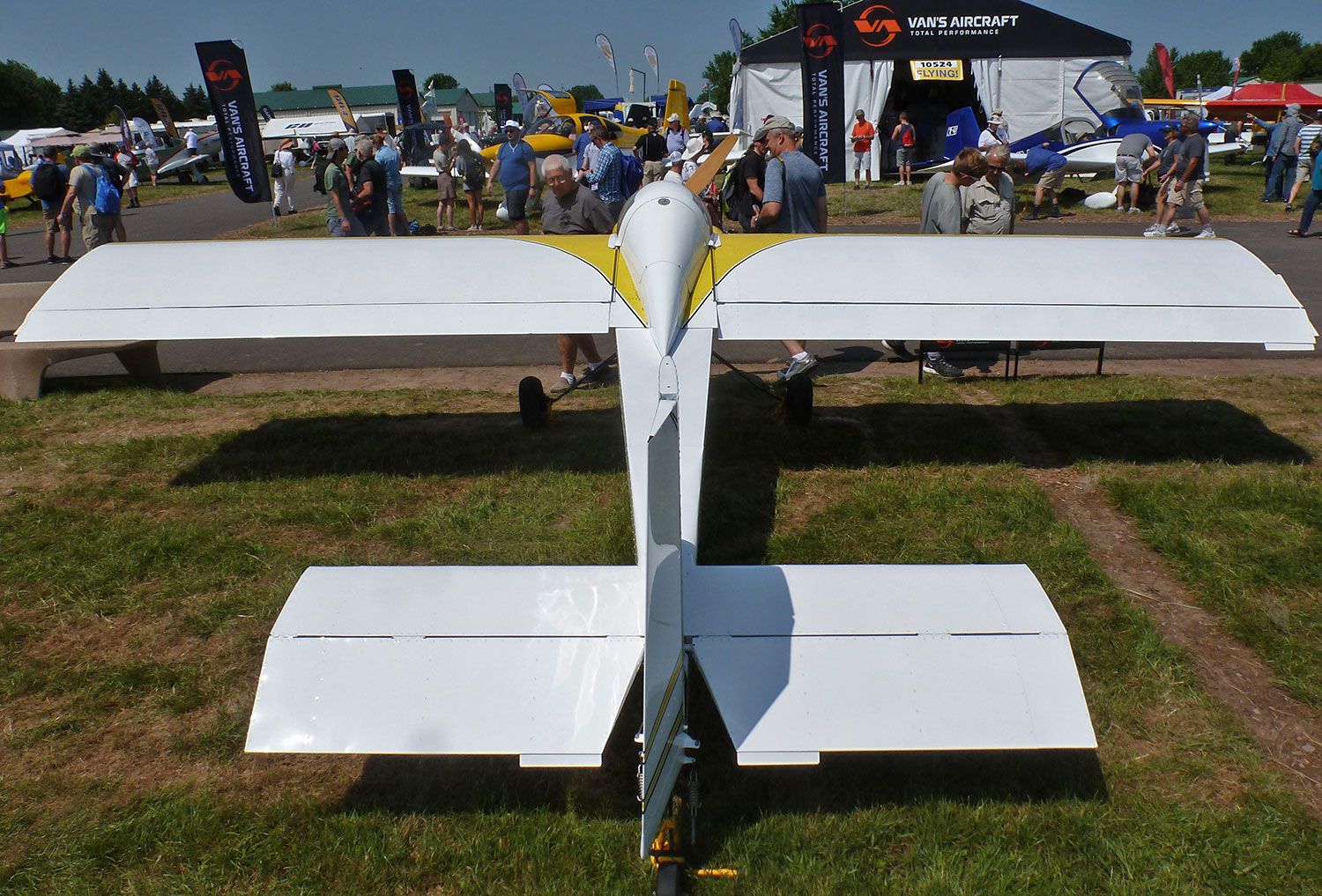 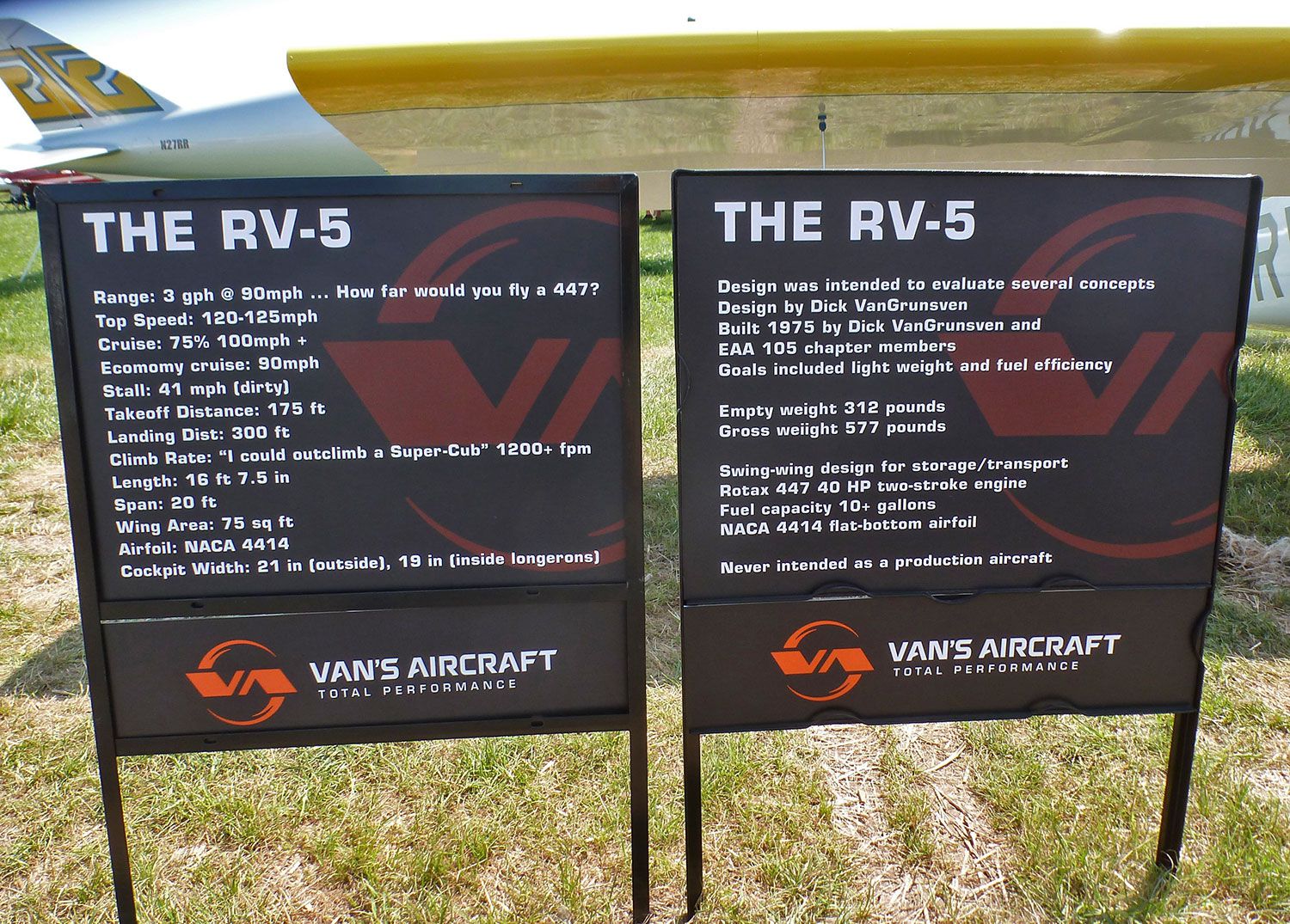 Kitplanes - December 7, 2010
0
Dont Look!Dick Starks Dawn Patrol article, Were going to have to count that as...

Larry Anglisano - August 1, 2022
0
Good options, but the installation is more important than the model.