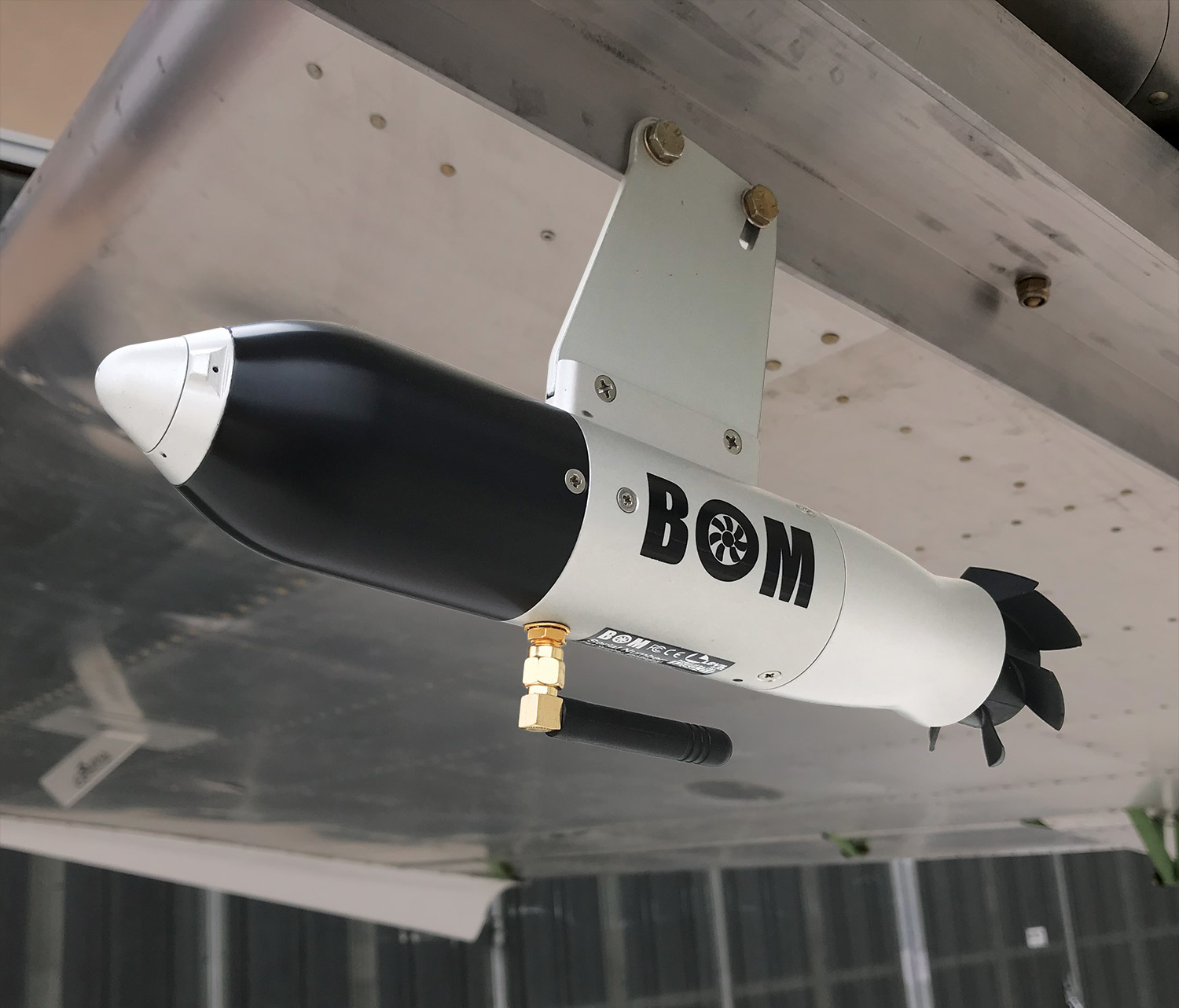 One of the challenges in testing different homebuilt aircraft and determining their performance characteristics is the variations (and problems) that you find with instrumentation systems. Put quite bluntly, many pitot/static problems are never addressed by the designer/builder. And while an airplane with an uncalibrated airspeed and altimetry system might be safe to fly (so long as you know where the stall happens on that aircraft’s airspeed indicator), it makes it very difficult to do meaningful flight testing or performance evaluation. A static leak in an RV type airplane, for instance, will likely make the airspeed read about 8 to 10 knots fast at cruise speeds. That’s great for selling an airplane, but it’s not so good if you’re trying plan a cross-country and keep ending up short on fuel because of “headwinds.”

Enter the BOM, from Levil Aviation, priced at $1995. Conceived as an all-in-one instrumentation package for simple aircraft, it can do that, but it could also record flight data and be carried from airplane to airplane to collect accurate performance data independent of the aircraft’s installed systems. Used in conjunction with an iPad or other tablet, it can be used by instructors to debrief a flight with their students, with the ability to look at flight paths and altitudes as well as airspeeds, and of course, if you have a simple airplane you can just mount the iPad as an instrument
panel and go fly!

In the flight testing and evaluation business, it can be a real plus to have our very own instrumentation package that we can carry from plane to plane and use as a “truth” package—think of it as a kind of lie detector for the installed pitot-static system. In that way, the BOM can be used to figure out just how accurate (or not accurate) the factory instrumentation might be on a new airplane, and can help find problems that might not have been ironed out in testing by providing an independent source of pitot/static data—not to mention an accurate AHRS and GPS package.

We picked up a BOM at Sun ’n Fun, and were excited to get it home to one of our aircraft to give it a try. There was a little trepidation, however,  when we thought about packing for the trip home on an airliner, and realized that we had a package with a picture that looked a lot like a mortar round and the label BOM on the outside in big bold letters. Worse, if some curious TSA inspector opened up the box, he’d find a little metal object that looked for all the world like a mortar round! We decided that trying to explain this in the security line was just not an exciting prospect, and decided to pack in the checked luggage, which must have worked, because it showed up with us at our home airport with no nasty notes included from security in the bag.

Installing the BOM on a homebuilt is pretty simple, although it takes just a little bit of thought to put it in clean air with a place that is easy to attach. The BOM, which is 9.7 inches long and 1.8 inches in diameter, comes with its own bracket about 5 inches long made from aluminum angle, and this can be drilled to match a screw pattern on, let’s say, a line of wing tip attach screws. Our plan was to test this quickly on our workhorse Tundra bush plane, which has lots of exposed screw heads. We first thought of attaching it to an inspection cover under the wing, but this proved too flexible. Fortunately, this is not the first external “load” we’ve hung from the Tundra, and since we happen to have a set of bicycle racks that attach  to the wing spars, it was simple to install one of those and drill two holes in it to attach the BOM.

The Quick Start instructions that come with the BOM tell you to give it a shake (like a salt shaker) to wake it up, and then connect to the WiFi signal with your tablet. Having played with a number of devices that have WiFi connections before, I was a little worried that it might be problematic. (Maintaining a connection can be an issue.) But I was pleasantly surprised by the BOM in that it did exactly as expected. It connected to  the iPad quickly—and stayed connected, even when I tucked it away for takeoff and landing.

After connecting the WiFi, I opened the Levil App, and sure enough, there was flight data, repeating close to what I was seeing on the panel. Air data and attitude information looked great, and GPS data looked live (though I couldn’t check its position on a map, it looked reasonable). Flying along straight and level, I opened up the calibration page and tweaked the altitude and airspeed to agree exactly with the numbers on the Dynon SkyView installed in the Tundra (which we had previously calibrated). After that, I set the iPad on the glareshield and watched through a series of turns, climbs and descents as the BOM drove the app’s display to match the installed instruments exactly.

The BOM also does AOA—so I did a calibration on that, and it also agreed with the Dynon and AoA Systems indicators we have installed in the airplane. Overall, the remote BOM looked just like an installed system to me, the pilot, and I could easily have flown to that information had everything else given up the ghost.

I haven’t tried charging the BOM with the USB port that lives under the SD card access cover because I haven’t needed to. The unit has a little turbine wheel on the back that spins and charges the onboard battery as well as powering the electronics in flight. It does tend to make it look even more like a “bomb,” but it worked very well. This Ram Air Turbine design is perfect for that simple aircraft (without an electrical system) that we’ve been talking about.

The BOM records data on a miniature SD card, which can be removed postflight and dumped to your computer as a CSV file for review in your favorite spreadsheet. The data can also be downloaded to the iPad, and viewed there directly for postflight review. If we were running a flight test program using the BOM, it would be simple to dump the data to the computer after each flight for data reduction and determination of performance parameters.

Overall, the BOM does just what we expected it to do, and had a reliable, robust connection to our iPad. Even with other WiFi going on in the background (the SkyView has its own network), we didn’t see any interference, or tendency for the iPad to disconnect from the BOM in favor of the SkyView, And when we did connect to the SkyView, it didn’t seem bothered by the presence of the BOM network. Not only does the BOM have the air-data information present but it can communicate ADS-B In weather and traffic to your connected device.

The BOM looks like it will be a useful tool in the data recording and evaluation part of flight testing, and is something that you might consider if you’re building a simple airplane with no electrical system, or want to save the weight of regular flight instruments. This is an inexpensive way to provide an ADAHRS, AOA and ADS-B In capability in any airplane, and we look forward to trying this on different machines.