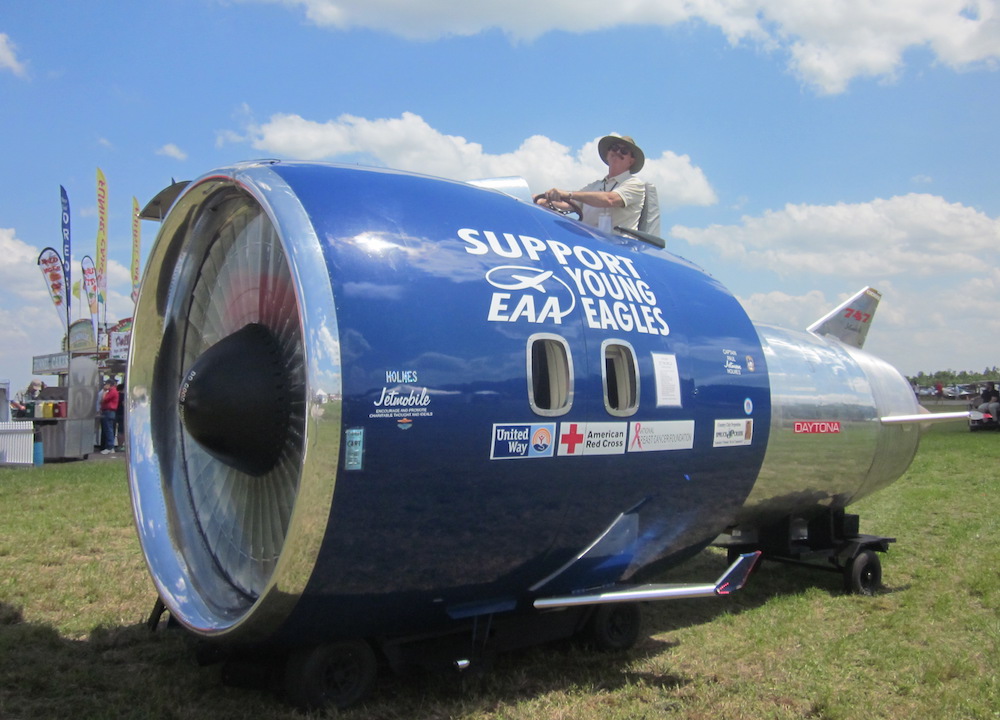 Yes, dear reader, today your faithful scribe assumed the position atop one the most exciting homebuilts in the universe, the Holmes Jetmobile. Only a few have dared, but nothing is too radical for Kitplanes!

It all stated when Paul Holmes, a 747 driver for a major airline, had the opportunity to purchase an engine shroud. His original intent was to add it to an aviation-themed display at an office park investment, but “after too many margaritas” he started thinking it might be more fun on wheels.

In this case the wheels came in the form of an old electric golf cart. Since range would be too limited for a man who normally leaps entire oceans in an evening, the next addition was an AC generator. Given limitless power (and a few more margaritas), the next natural step was a killer stereo system, followed by a bubble machine, a smoke generator, and lots of sparkly lights. Oh, and a kegerator of course, artfully hidden under the pilot’s compartment. 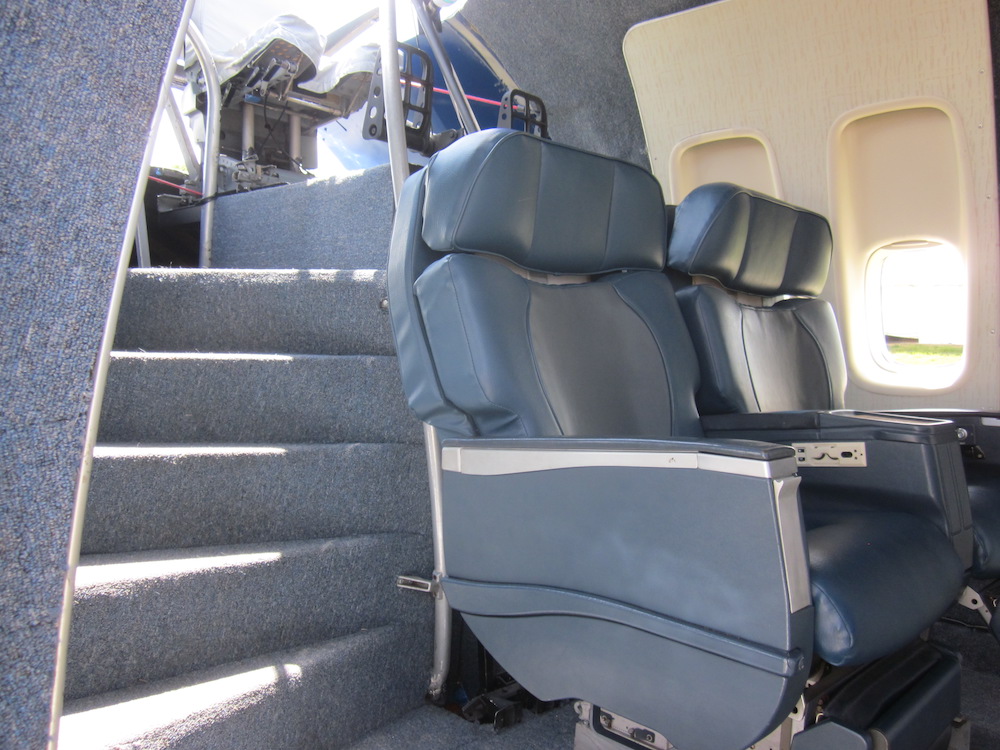 The pilot’s seat is reached by climbing a circular staircase. No particular ratings are required to be pilot in command, but a sense of humor helps a lot. Passengers board via an airstair on the right side. Normal passenger capacity is two, in leather lounge seating borrowed from first class. However, total capacity varies with kegerator use. Holmes says he has had as many as eight souls onboard, but it requires everyone to be very friendly. 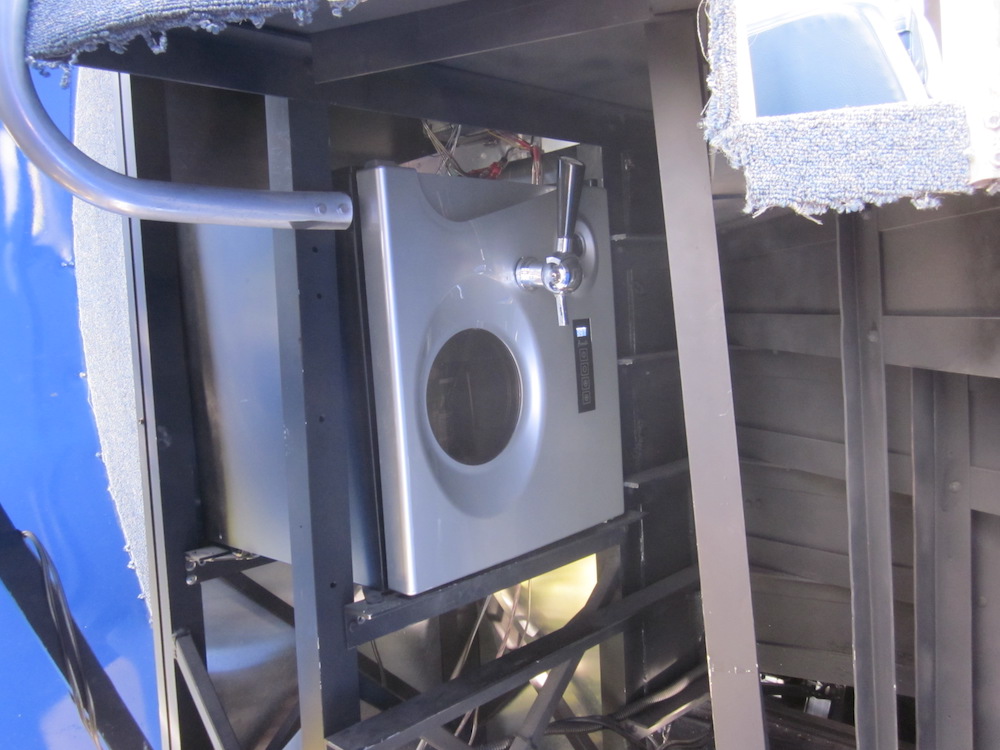 The Independence Project: Forward to the Fuselage

Dave Martin - September 16, 2009
0
Dave Martin marches ahead with the Van’s RV-12, inventorying fuselage hardware, attaching the sideskins, working on other subassemblies and mating the tail cone to the fuselage. Progress!