It was my good fortune to attend the 2012 Soaring Society of America convention at the Reno/Sparks Convention Hall in Reno, Nevada, February 1-5.

Sailplane designers and manufacturers were well represented with design teams from Schempp-Hirth, Schleicher, Jonkers, Windward performance and others on hand for presentations or to answer questions first hand. Meteorology and cross-country flights shared the spotlight in various presentations, including several record-breaking, long-distance flights in ridge lift, thermals and standing mountain waves.

This year seemed to have a high number of safety presentations, maybe prompted by last year’s not-so-happy statistics.

Self-launchers and motorgliders were abundant, and included those with two-stroke sustainer motors with multiple fan-like blades for thrust, two- and four-stroke engines with feathering, folding and retractable propellers, and even miniature jet engines. A LAK 17 had a nose-mounted electric sustainer motor, with battery packs behind the pilot. A quick demonstration by motor developer Luka Znidarsnic barely elicited a response from those nearby, the unit was that quiet.

Wings showed aerodynamic and aesthetic turns of mind, with multiple steps, leading-edge angles and dihedral breaks. Though not easily seen, many wings had multiple airfoils along their span, each tailored for the total airflow and its individual segment on the wing. Soaring design is a meticulous process in the search for ultimate performance using only power the sky itself provides.

Breakfasts and lunches allowed attendees with specialized interests to meet with others of like mind, and included vintage sailplane enthusiasts, Schweitzer 1-26 devotees, aerobatic and tow-plane pilots, homebuilders and old-timers.

Evening banquets featured the convention-closing awards presentation banquet (which I missed because of an early flight), an OSTIV (Scientific and Technical Organization for Soaring) Presentation: “A Brief History of AeroVironment’s Non-Fossil-Fueled High-Altitude Long-Endurance UAV Flight Test” presented by Wyatt Sadler, and Friday night’s group presentation by the Perlan Project team. This was the first chance for some to get a good look at the science and technology behind this projected record flight of a sailplane to 90,000 feet to explore the upper reaches of the stratosphere in the Polar Vortex.

Perlan presenters included Einar Enevoldson, founder of the project and holder (with the late Steve Fossett) of the current sailplane world altitude record; Ed Warnock, CEO of the organization; Jim Payne, chief pilot; Dennis Tito, space tourist and benefactor for Perlan II; and Greg Cole, designer of the 84-foot, pressurized sailplane. The audience gained some real understanding of the challenges and opportunities involved, and prompted the next day’s surge of visitors to the Windward Performance booth to get autographed Perlan posters and copies of Bertha Ryan’s “Soaring Beyond the Clouds: Einar Enevoldson Reaches for 100,000 Feet.” Both the author and subject were on hand to add further enlightenment. (I admit to being project historian for Perlan.)

Overall, the SSA convention was almost too much of a good thing. With three presentations simultaneously in each time block, one couldn’t take in everything, and the eye candy in the display hall proved endlessly distracting. We can only hope the next event two years from now measures up. 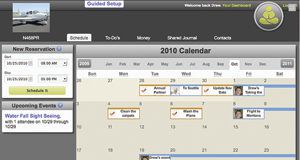