Editor’s Note: We had prepared a lengthy story on the Geared Drives product, comparing two Ravin aircraft (one with the V-8 and the other with a Lycoming), that was ready to go to press only days before an accident occurred in the LS1-powered Ravin that claimed the life of Geared’s Bud Warren and his daughter, Phyllis Ridings. Rather than print that original story, we’ll take a few pages to pay respects to a man whose hard work benefitted the Experimental community in myriad ways.

It was the kind of news that sweeps through the aviation community, causing stomachs to tighten and throats to clench. On May 7, we heard that Geared Drives founder and principal “Bud” Warren, and his daughter Phyllis Ridings had just perished in the crash of the Ravin 500 kit aircraft they were flying to a local airshow.

Published reports indicated an emergency encountered shortly after takeoff from their home base, Lone Star Executive Airport in Conroe, Texas. During the attempt to get the LS1-powered Ravin back on the runway, the airplane impacted the ground just a half mile short of the threshold. It came to rest in a heavily wooded area that required rescue workers to bulldoze a path to the wreckage. Fire consumed the airframe. On the Monday after the accident, investigators from the National Transportation Safety Board announced that control continuity had been established but that the investigation had literally just begun. Based on the severity of the accident and the post-crash fire, we shouldn’t expect a speedy explanation, nor should we speculate with so little information available.

I had recently completed an article for KITPLANES about this very airplane, comparing the LS1 V-8 conversion from Geared Drives with an almost identical Ravin powered by a Lycoming IO-540. This feature followed others I hadwritten about Warren and Ridings in the past few years, and the more I’d come to know this father-and-daughter team, who were the brains and heart behind Geared Drives, the more I came to appreciate them both on many levels. They seemed an excellent pairing, his engineering intellect and her business savvy. Together, they were slowly growing a respected business.

Like so many others who have carved out a niche in Experimental aviation, Warren and Ridings put in long hours in bringing their innovative and successful propeller speed reduction unit (PSRU) to multiple auto conversion markets. Simply put, they triumphed where others had failed. The Geared Drives PSRU not only worked reliably and well, but Warren had developed a centrifugal clutch mechanism that allowed the engine to start first and then gradually engage the prop hub, turboprop style.

Geared Drives’ LS1 conversion as installed in a Ravin 500 airframe. The two large radiators on each side moderated engine temperatures even as the weather heated up.

Further, Warren had vanquished another common bugaboo of automotive conversions: engine cooling. His extensive understanding of automotive racing engines from his early days of working on dragsters and muscle cars overlaid neatly with the unique demands of running an auto engine at continuous high power settings in an airframe. Warren adapted tried-and-true three-pass radiators for Experimental aviation use, and the result was engine temperatures that stayed right where the thermostat dictated, even on the hottest Texas days.

These deceptively simple auto conversion solutions had eluded purveyors of other “packages,” often leaving customers without airworthy engines after investing thousands of dollars. Without fanfare or finger-pointing, Warren and Ridings offered solid PSRU and cooling retrofit solutions for those who had already given up on ever seeing their Subie-powered airplanes fly. 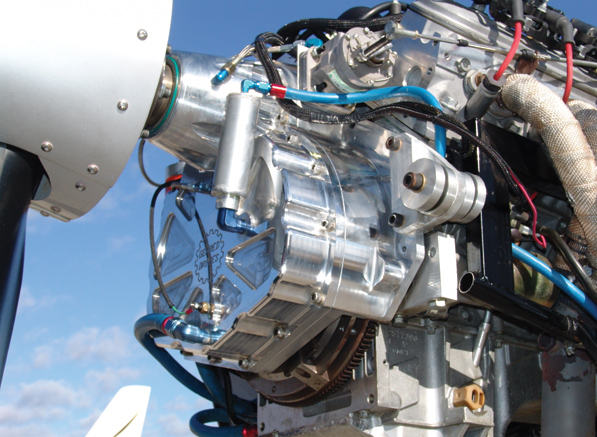 The heart of the Geared Drives conversion is the PSRU. It features a separate, fully filtered lubrication system that also allows for the use of a constant-speed prop.

My introduction to the LS1-powered Ravin 500 came during AirVenture 2010. I was stopped in my tracks by the installation of the Geared Drives V-8 conversion sitting neatly in the nose of the airplane. Displaying that perpetual smile, Ridings sidled up and formed at three o’clock on my right elbow. “Pretty, isn’t it?” she asked. I concurred that it was. “You know,” she said, “we also have access to another Ravin with a Lycoming IO-540 in it.” I asked how they compared. She allowed that they really hadn’t done that yet, and I said that flying in both might make a good magazine story.

When a flyable weather window coincided with both Ravins becoming available in mid-December of 2010, I made my way to Conroe and sampled flight in both. We picked Brownwood Airport, 202 miles to the north as our destination, flew a loose formation, and then compared fuel burns. Unfortunately, a combination of factors prevented the collection of extensive flight data, but the bottom line was that the Geared Drives conversion turned in similar performance numbers as the IO-540-powered Ravin, but on less fuel-in part because the Lycoming was being flown with extreme mixture conservatism. Because of that, exactly how much less is open to debate, but the LS1 certainly didn’t burn any more.

Warren and I mounted up in the LS1-powered Ravin for the flight back to Conroe, and it was my first experience flying behind a Geared Drives conversion. The engine started instantly automotive-style, with a blip of the key. When the revs approached 800, the propeller came to life and quickly caught up to speed as well. The runup pretty much consisted of a prop check, as there are no mags or mixture control to check. The engine control unit (ECU) takes care of the mundane issues such as mixture setting and engine timing. 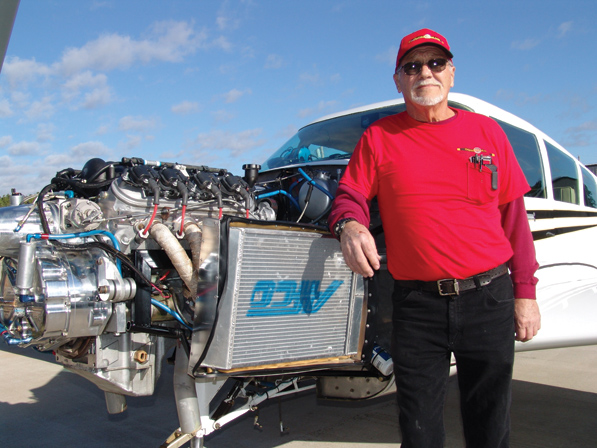 Warren spent his life working with things that go fast while burning fuel, from dragsters to warbirds. His latest contributions to aviation were reliable reduction systems.

Cruising smoothly along at 5500 feet MSL, Warren thought our airspeed was a bit low for the power setting. Sure enough, our gear wasn’t fully retracted, with about a third of it hanging down in the slipstream. Once we reached Conroe, attempting to lower the gear with the switch only resulted in popping the circuit breaker, so Warren worked on manually extending the gear while I flew and talked. After a good deal of effort, we were rewarded with three in the green and an uneventful landing.

The culprit turned out to be a composite nosegear door that had warped in the heat of the exhaust outlet, effectively jamming the gear in a mostly up position. Shortly after this discovery on the ramp, our conversation immediately turned to exhaust stack placement and gear door materials. You could almost see the gears in Warren’s brain come to life as he considered this new engineering challenge. I thought he looked almost happy.

A Legacy Left Behind

We’ll certainly miss the significant advances that Bud Warren and Phyllis Ridings brought to auto conversions. They didn’t have a team of engineers or a large staff to continue their work into the future; they were like most others in this vibrant, but frequently overlooked area of aviation. It’s too soon to know if Warren’s work will be picked up by another business and carried on. Personally, I hope someone does carry it on, because his efforts were too carefully considered and too nicely executed to have them stop here. 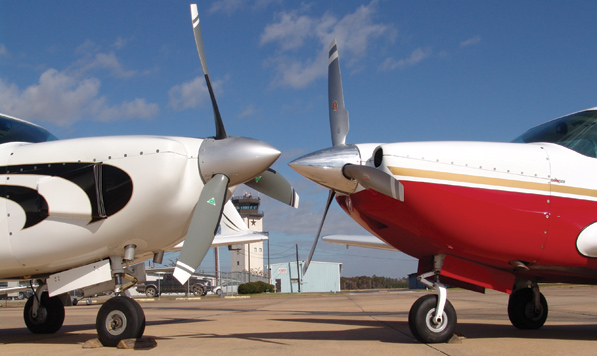 Cowled, the differences between the engine installations on the two Ravins were hard to see. The only clue that one engine might be a bit different were the cooling scoops for the radiators on the sides of the cowl (left). Warren planned to replace these with NACA ducts.

Kitplanes - December 18, 2015
0
Mold MakingI have two questions about making rubber parts . What is used as...