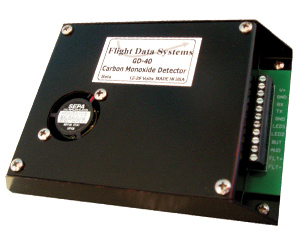 The new FDS carbon monoxide detector uses an electrochemical sensor that is reliable and precise, the company says. Among the features are ability to integrate with most EFIS units via a RS232 or switched input, LED warning/status outputs, aural alerts to don an oxygen mask at altitude, self-test monitors, remote mounting, CO detection as low as 10 PPM, calibrated to 25,000 feet, 12-28 volt compatibility, and a weight of 4.1 ounces.

The price is $299, which includes free shipping. It is available from FDS and also Aircraft Spruce & Specialty, Van’s Aircraft and other authorized dealers.

Ace Aircraft, Inc. announced that it is now selling reproductions of the original Corben Super Ace plans from 1935. As these plans have not been modernized for current aviation safety and certification standards, they are intended for "historical reference purposes only." The set includes 12 18×24-inch sheets, priced at $150, plus shipping and handling. Ace airplanes have a pedigree dating back to 1923 when Orland G. Corben began designing and building aircraft. He introduced the Baby Ace as the first popular homebuilt in 1929, followed by the Junior Ace a year later.

RANS Aircraft has developed a control lock that attaches to most models and consists of a bungee cord, two hooks, and a cap that slides over the control stick. It installs quickly, and the hooks feature adjusters that allow the pilot to set the tension for a particular aircraft. It is not hard-bolted, so if an outside force acts against a control surface, the bungee will absorb the load and still prevent the surface from hitting against the stops. The part number is KPAC0241, and the price is $15.75. 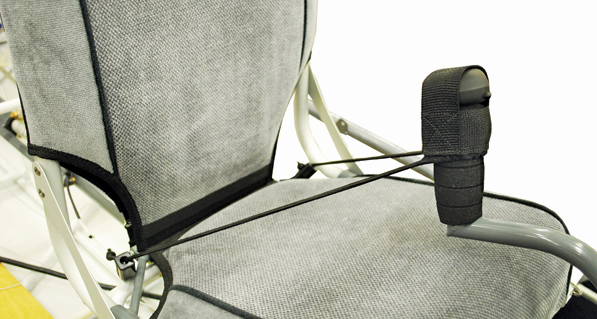 The lightweight Lycoming 233 Series engine will deliver 115 hp at 2800 rpm. It comes with a dual CDI spark ignition, 2400-hour TBO, and is multi-fuel capable, operating on 100LL and unleaded auto fuel. The prop is a Sensenich ground-adjustable unit.

The Super Legend can be ordered now at a $139,900 introductory price. A 20% down payment is required to secure a production slot. Certification of the Lycoming 233 Series LSA engine is expected in Q3 2011. Certification flight testing and load testing of the Super Legend is planned for Q4 2011. First deliveries will follow in Q1 2012.

Ken Scott - December 17, 2008
0
Builders Ken Scott and Ken Kruegers unique project is off the drawing board and into production. They're working with the engine builder, the wing is behind them, the nosebowl is taking shape-and the fuselage is taking over the living room;