I routinely do dynamic propeller balancing on all my airplanes using a DynaVibe Classic. It does a good job if you’e willing to do a few iterations, and not have a computer doing all the calculations for you. I can generally get the balance down to the resolution of the instrument (about 0.01 inches pr second) in three runs – less if I get lucky. One of the advantages of balancing Lycomings is that you have a set of twelve evenly spaced 1/4” holes on the flywheel – just inside of the starter ring gear – that you can use to place balance weights. The only problem is that the flywheel is about 9/16” thick at that point, so the shortest AN4 bolt you can use – with nothing but a small metal locknut and no washers – is an AN4-7A, which weighs about 7 grams. The weight of the nut is another gram or two if you use an MS21042-4 compact all-metal lock nut, so you can get down to 8 grams minimum. But sometimes you want just a little less than that – what do you do then?

One option is to buy some titanium bolts, which are a little more than half the weight of steel. But first, you have to find them (hint – eBay is a good start), and then you have to figure out how to pay for them – when you find some, they are likely to cost two two three dollars a piece – and since you don’t know what size you need, you’ll need an assortment…and they rarely come that way! A far cheaper alternative is to lighten the steel bolts that you have – you won’t save as much as with titanium, but it’s easy to make up an assortment if you have a lathe. I was able to lighten a seven gram AN4-7A by 2 grams, and the slightly longer -10A by the same amount. Sorry – my gram scale doesn’t read below whole grams. Remember that you don’t need strength for this application – although you do want security, so don’t go crazy with the drilling. (And, just to reinforce the point, we’re talking about balancing hardware only, not the prop-mounting bolts.)

To do the job, I measured the length of the bolt grip from the top of the head, and subtracted a sixteenth inch so that I wouldn’t create too thin a spot where the threads begin. Then I chucked the bolt up in the lathe and mounted a short 1/4” drill bit in the tailstock. I used this to create a nice divot, centered exactly in the bolt head. If you try to start the hole with the final (smaller) drill, it will probably wander, and you’ll end up off-center. The bigger drill makes a nice starting point that will hold the final drill centered. You can now substitute a #19 (as large as I wanted to go with a bunch of testing) in the tailstock, and drill in the distance you measured to be just short of the length of the grip. For the AN4-7A, that was 11/16”.

The reason I concentrated on the -7 length bolt is that it is the lightest you can start with and go lighter – but I also made some hollow -10 and -11 bolts, just to have them on hand, since I had the lathe set up. I might still haunt eBay a little for a great deal on some Titanium, but these hollow bolts will extend my low range considerably. And yes – I am sure that you can twist them off if you try. So don’t try! They don’t need to be gorilla tight. 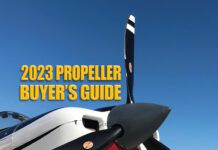