There’s not much flying going on this week here in western Nevada. A series of major winter storms is sweeping across the northern Sierra, and when we don’t have rain or snow, we have wind – and sometimes, we’ve got both!  We’re getting reports of four feet of new snow per day at our favorite local ski resort – but we can’t get up there because – they’ve had four feet of snow!  No flying due to the aforementioned wind (50+ knots is a little much even for this grizzled aviator), so its back to the books to study for those A&P exams. 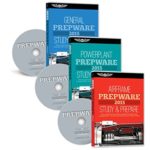 Yes, I’ve been wrenching on airplanes for nigh on 45 years now, so you’d think I’d know all of this stuff – but as anyone who has ever taken an FAA knowledge exam (of any kind) knows that what you learn and use in the real world has no bearing on what you will find on the test.  There are lots of little tidbits to be picked up, and I find that a good home study course on the computer is good and efficient prep to fill the square. It has been many, many years since I have done a knowledge exam, so the process of doing it on a computer is a bit new to me – but I think I like it.

Scheduling the exam? That’s a bit of a muddy matter. Even though we have a nice, friendly testing center just up the road at the Reno airport, I can’t actually just walk in and ask to take the exam. No – first, I have to call one of the two FAA contracted testing organizations to schedule and pay for the exam. I’ll tell ya’ – the aviation industry must be looking up, with thousands upon thousands of people taking exams – because I spent over an hour on hold just waiting for someone to take my information!  And that was after spending thirty minutes on hold with the WRONG contracting organization – because the online listing of testing centers from the FAA doesn’t tell you which of the two contractors you must call for which test center. No, thank you very much, I don’t want to go to Las Vegas for the exam – I’ll just go on hold with the “other guys.”

And, of course, this is just the first of three knowledge tests before I go prep for the Oral and Practical. So I’ll have to spend more time on hold to schedule the other two… but I guess I can use that time to study. 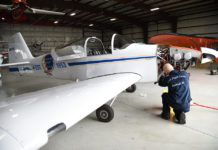 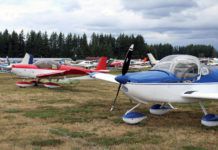 Paul Dye - April 21, 2013
0
Paul Dye explains how it was possible for him to become editor-in-chief of KITPLANES before he actually left his old job at NASA and what you can expect to see in KITPLANES in the near future.