Home Newsline Kneeboard Notes It Starts With One Pair of Pliers 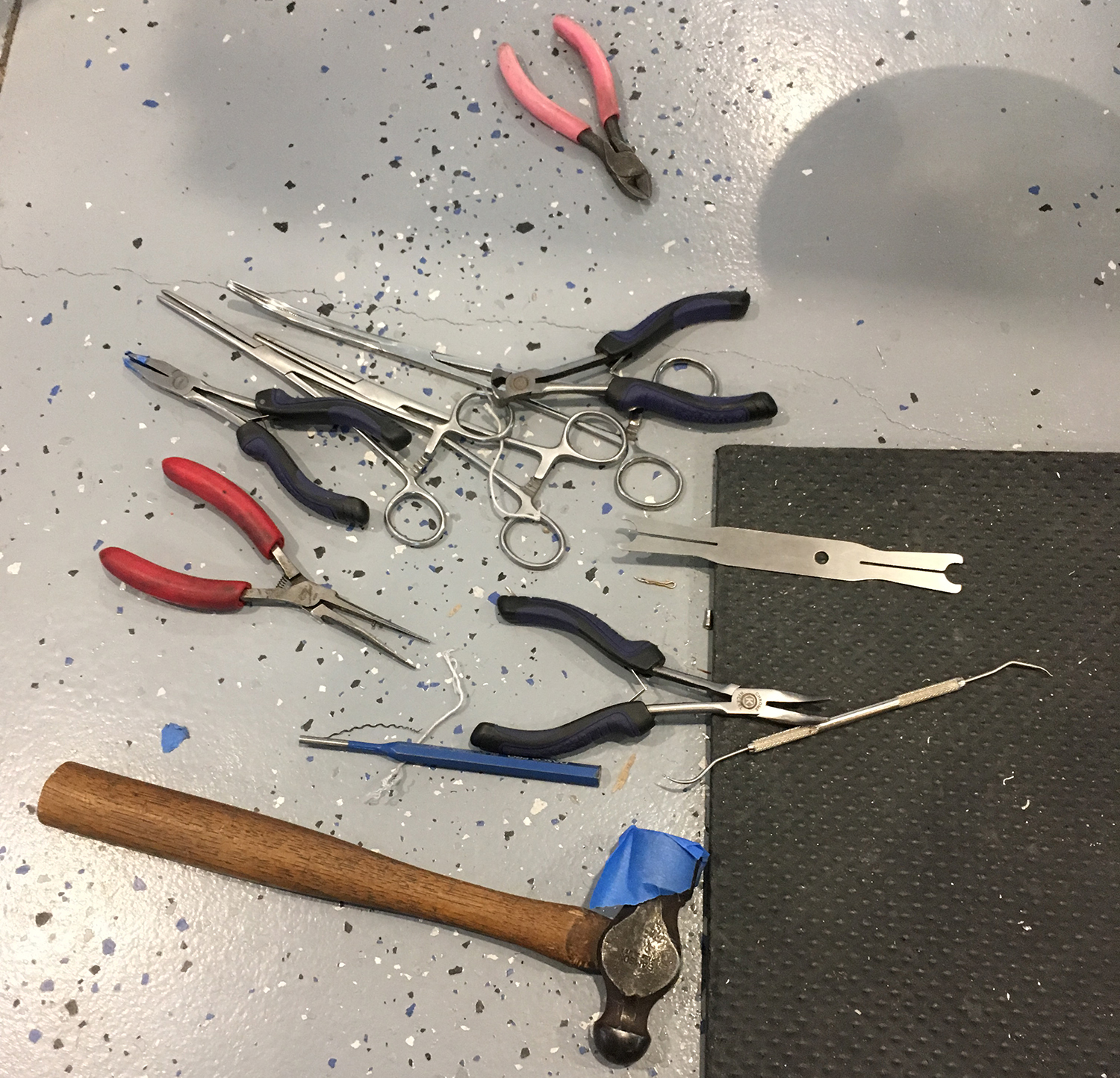 The job was to remove and replace a cotter pin (in order to remove and replace a clevis pin) in the nose-wheel well of the Subsonex. A simple task–all I needed was a pair of needle nosed pliers. Except that I’d done such a neat job of putting that pin in (on the workbench, before the assembly was installed), I needed a dental pick to pry the edge up. Then, of course, the needle nose wouldn’t grip, so I needed a pair of dikes. That finally got it out – but of course, getting each new tool required climbing up from the floor and going to the tool box.

With the appropriate task completed, I needed to replace the clevis pin, which required a drift pin and hammer (because the head was in a counterbore) – then to get the new cotter pin in place, it took several pairs of forceps (well, it only took one – but it took several to find which one…), holding my mouth just right, and some softly whispered bad words (we are, after all, coming up on Christmas, and need to stay off the naughty list). Oh, the washer holder (a great little tool no aircraft shop should be without)? Yeah, there was a washer in the assembly there… somewhere.

In the end, one step back for two steps forward–we’ll call that a win! Next time, I’ll just dump the entire toolbox on the floor before getting started. You’d think I would have learned that years ago.

Paul Dye - November 21, 2011
1
The words "test pilot" conjure images of steely-eyed derring-do, but the reality is often a world away from all that.