If you type the search term “powered parachute” in either Google or Yahoo, chances are that the first or second result will be Easy Flight. That’s me! The other link is a Wikipedia page on powered parachutes. I don’t say this to brag (though I am proud of the ranking); I say it to explain why I get so many questions about Sport Pilot and powered parachutes. If my web site doesn’t answer the question and neither does Wikipedia, then the web searcher is going to ask someone. Apparently Wikipedia doesn’t answer email, because it seems that all of those questions end up in my inbox. Ah, the price of Google fame!

This includes an email from a guy who wanted to start a business selling powered-parachute rides in Hawaii. From his email it looked like he had 1) never flown a powered parachute, and 2) never been to Hawaii. But hey, everyone needs a goal.

Boy, did I feel like the Bad News Bear. My response, in essence, was: 1) You can’t fly a powered parachute commercially (though there is the flight instructor option; more on that later); and 2) Have you heard of trade winds and the wind limitations of powered parachutes? Oh, well. Another happy customer… 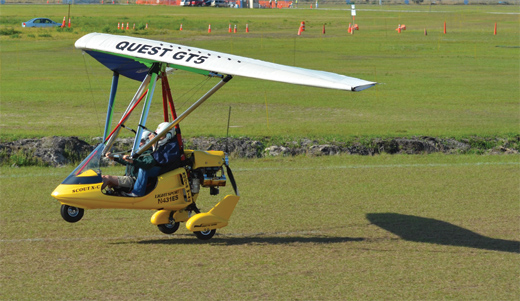 Does anyone think there will be a three-seat, weight-shift-control aircraft soon?

Even though my nascent Commercial Pilot and entrepreneurial friend may have gotten a little ahead of himself, there remain many pilots and manufacturers of weight-shift-control trikes and powered parachutes who believe that there is a possible little industry out there, if only the regulations would allow it. That became clear from some of the responses to my June 2012 column, titled “Commercial viability.”

That article also motivated a few people to write about why a commercial license for trikes and powered parachutes might not be the best thing for sport aviation.

With the response to the story and some news since I wrote about the issue, it seemed the right time for a follow-up.

Before we get into the real meat of the issue, I should address an area that caught a few people’s attention. Not a lot of people wrote in about this, but I once heard an alderman from my ward in St. Louis talk about letters to her office. For every phone call she got, she estimated there were probably 10 people with the same opinion; if somebody wrote in, it corresponded to 20 people. I may not have the numbers right (or even the gender of the alderman), but I remember what was important.

In my original article, I wrote about how Private Pilot ratings lead naturally up a hierarchy to Airline Transport Pilot. Along with the advancement of ratings came an increase in pilot privileges. I implied (and more importantly, believed) that you need an ATP certificate to be able to get type ratings. Good thing that wasn’t a Jeopardy question! As an astute reader pointed out, you don’t need an ATP certificate to get a type rating. In fact, a conversation with my local FSDO inspector confirmed that you may get a type rating as a Private Pilot. However, you will be tested at the ATP level when you go for your practical test, and you may end up with a few limitations on your type rating. 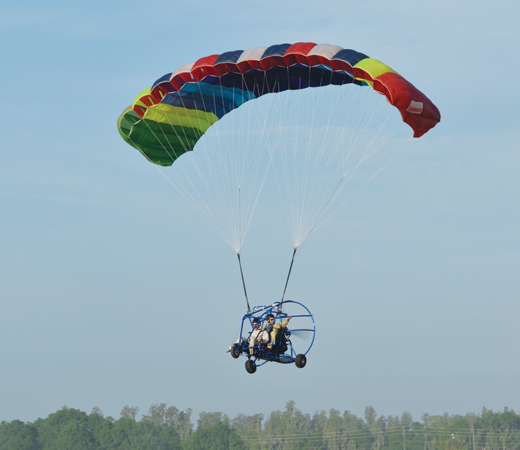 “Alex, I would like to try pilot certificates again for $500.”

“These are earned by pilots and placed on the back of their certificates.”

Another reader wrote that he was not familiar with anything called a “commercial rating.” The contention was that it wasn’t a real term and that I should have used the term “Commercial Pilot certificate.” The good news for me this time is that the term “rating” is actually defined in §1.1 of the Federal Aviation Regulations, and the term “certificate” is not:

Rating means a statement that, as a part of a certificate, sets forth special conditions, privileges, or limitations.

Of course, you rarely find the term “rating” where you don’t also find the term “certificate.” The finer point is that a single certificate may have different ratings on it for different categories of aircraft. For example, as a designated pilot examiner for powered parachutes, I have issued a couple of Airline Transport Pilot certificates. That’s impressive, huh? Especially when you consider that I only hold a Private Pilot rating (certificate?).

The real deal is that the pilot applicants already held ATP ratings and certificates. After they passed their practical tests for Private Pilot Powered Parachute Land, I wasn’t about to demote them. Instead, I issued them temporary ATP certificates with their newly earned rating added. 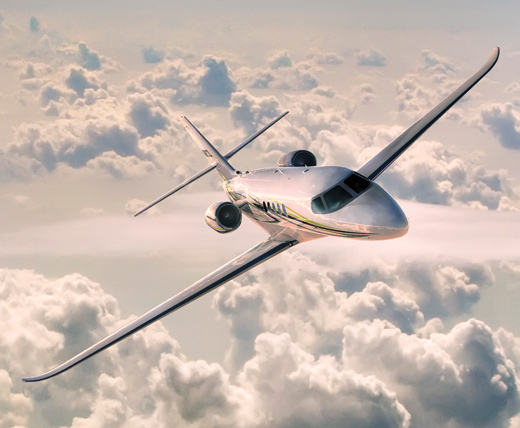 This is a good reason for requiring a second-class medical for airplane Commercial Pilots. The level of risk simply doesn’t apply to slower, two-place powered parachutes and trikes.

The Other Side of the Coin

I can see the advantages of commercial ratings for both powered parachutes and weight-shift-control trikes, and most people we heard from agreed. However, we received a thoughtful letter with some counterarguments. Rather than paraphrase what this reader wrote, it seems appropriate to quote him.

Roy says that ‘nearly all of the parties the government calls stakeholders’ want a commercial option for these light aircraft. One group that is missing from his list is the most important—the passengers. Regulations about commercial operations are intended to protect the flying public, not to enable the operator. Roy’s column was from the operator’s perspective, which is probably why he feels limited by the regulations. This is the way that the system is supposed to work! When an operator hangs out a sign that says ‘airplane ____ for money’ (fill in the blank as you wish—transportation, instruction, pesticide application, sightseeing, aerial photography), the regulations help ensure that the operator meets a certain minimum standard.

The pilots must have Commercial Pilot training that has been validated by a practical test, and the airplanes must be built under a stringent certification process. If the ‘blank’ above is transportation of people or property for hire, then the operation itself must also be further certified…

Most LSA operators and Experimental/Amateur-Built operators are given some relief from these requirements in return for giving up our privilege of operating commercially—and personally speaking, I’m glad to make that trade. How is it reasonable for us to suggest that what we really need is the ability to operate commercially, if we aren’t also prepared to give up that relief from all of the regulations that are in place for type certificated airplanes?…

The first thing I should mention is that I don’t have any intention of performing commercial operations. If a commercial rating/certificate for powered parachutes were offered, I would no doubt earn the rating just so I could train others and perform practical tests as a pilot examiner for applicants who want to take that path. So I don’t really have a chicken to roast over this fire. However, I do think it is an important privilege to make available to those who are interested.

The first criticism is probably the most important, and that’s about the safety of passengers. Over the years, the government has increased the regulatory load for all aspects of aviation, often in response to specific safety issues. Most rules are put in place to correct perceived safety shortcomings and protect the flying public.

But smart rule-making is not one size fits all, though that approach would certainly be easier for any bureaucracy. The best approach is to write rules that solve real-world dangers. Writing rules based on worst-case guesses by people who may or may not understand or fly the aircraft subject to regulation isn’t how the system is supposed to work.

That whole argument is a red herring to begin with, because, with the physics involved and the inefficient airfoils, we are talking about two-place aircraft. Pilots who want to put a second person in the backseat already have a legal approach to doing that: They can train to become flight instructors and take people flying on an instructional basis, and they can do it today under the Light Sport Aircraft rules with none of the vetting that the letter writer mentions.

So what does that leave? It leaves all the activities that don’t put the flying public at risk, such as aerial photography, pesticide application, pipeline observation and leading birds on migration. To suggest that a pilot who wants to perform any of these functions needs PMA approval, aircraft type certificates, a drug-testing program, etc., seems like overkill.

The Operation Migration folks have a new semi-permanent exemption allowing the trike pilots to lead endangered birds on migration runs. However, that exemption wasn’t much of a gift.

For a decade, lightweight trikes have been used to lead migrations of endangered whooping cranes to winter homes in the South. Before the Sport Pilot regulations, the migrations were led with

Last December, the migration flights were halted midway because the FAA questioned their legality, as the pilots were paid for their efforts. The birds were stopped about 500 miles short of their destination while bureaucratic issues were worked out. By the time a temporary exemption was granted, the birds had dispersed. Now the FAA has issued a new exemption that allows the pilots to be compensated for the flights but also increases the burden on the nonprofit organization and their pilots.

The exemption also requires the organization to begin using SLSA trikes. This is problematic because there currently aren’t any weight-shift-control trikes that fly slow enough for the whooping cranes to follow. The FAA has reportedly given Operation Migration until 2014 to comply with that requirement.

And for the Rest of Us?

Unfortunately, there still isn’t a lot of movement within the FAA to work on a commercial license for trikes and powered parachutes. Apparently the big pressure came from former President Jimmy Carter. Now that the FAA has finished its work on the exemption, the agency may figure its work is done.

However, there was a glimmer of hope that came up in discussions with the FAA on the topic of medical certificates for powered parachute and trike Private Pilots. While talking to headquarters in Washington, I mentioned that not only did I believe a second-class medical was overkill for someone wanting to operate as a Commercial Pilot for either aircraft, I also thought that third-class medicals were already overkill for those wanting to fly powered parachutes and trikes as Private Pilots.

And I’ll be darned if the FAA staffer didn’t agree. Moreover, I learned that the FAA is actively taking a look at that requirement again. By far, that was the best news I got regarding this story.