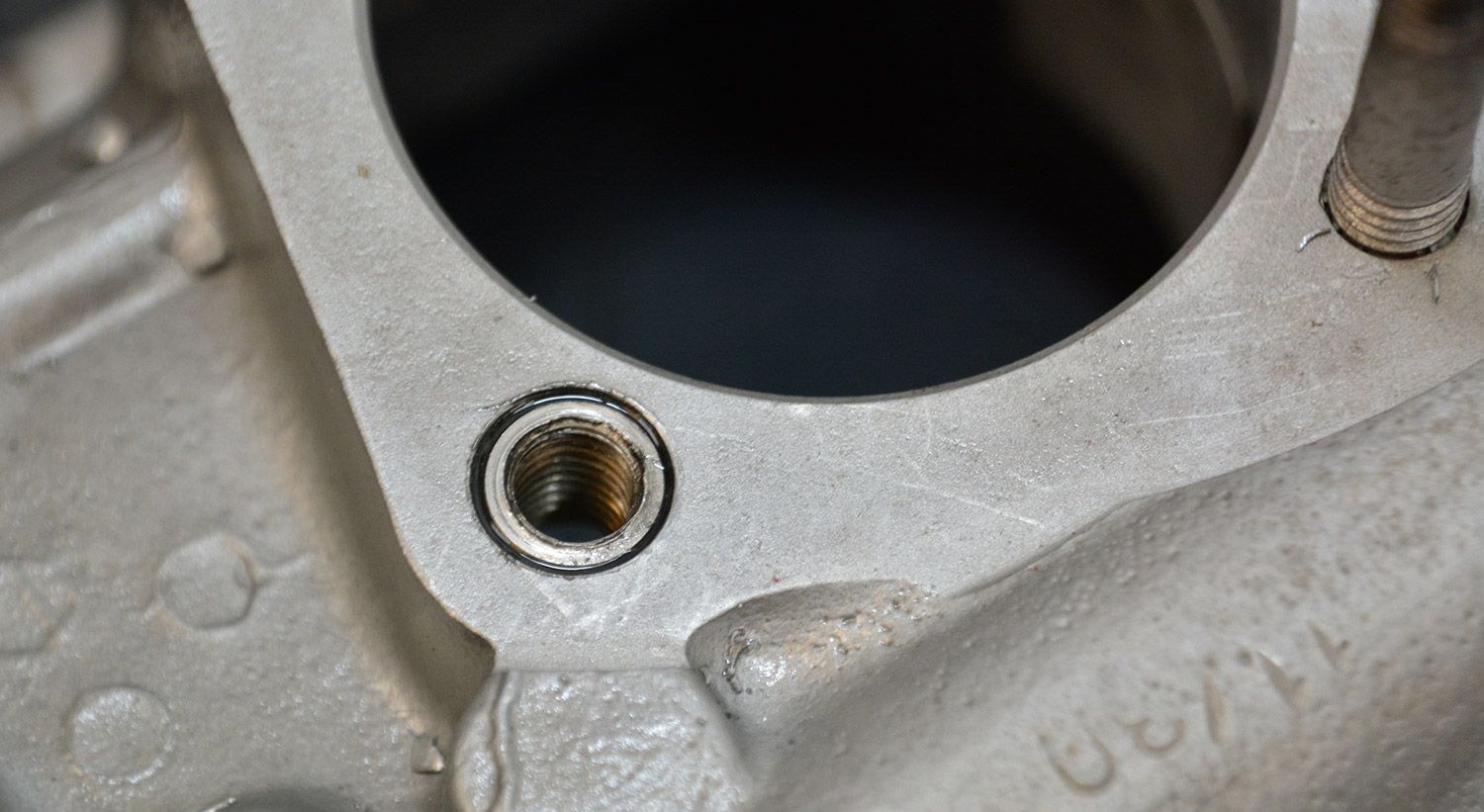 We were at Ly-Con Aircraft Engines the other day checking in on some O-200 cylinders when Ly-Con majordomo Ken Tunnell showed us a nifty new solution to mangled threads.

Unlike the commonly-approved method of drilling, tapping and then installing a coiled spool of metal to form new threads, GARDSert is a solid cylinder with both internal and external threads. Installation is simply to drill out the old damaged threads, then wrench in the self-tapping GARDSert using a bolt and hand tools. Locking fluids, such as Loctite are also be used on the external threads.

Ly-Con says the GARDSerts offer much higher strength than other approved methods (typically GARDSerts won’t fail at 150 percent of the bolt’s rated torque) and require minimal edge distance. So far it’s saved them from having to send an engine case out for welding and machining, which made everyone involved happy.

To date Ly-Con is the only aviation engine shop awarded a new process specification for the GARDSert thread repair.

Ron Wanttaja - December 19, 2022
4
How does the Rotax 912 compare to traditional engines used in small homebuilts?