For as long as I can remember, and thankfully that is more than five decades, I’ve read of builders performing an aircraft’s first flight before the inspector’s signature dried on its airworthiness certificate. When I was young—before the awakening years of my second decade—I believed that was a sign of a skilled builder and pilot. They were the civilian equivalent of the heroic Pearl Harbor defenders who launched into a danger-filled sky with too little fuel and ammunition. Back then—middle school—I also believed I’d never experience another cold Wisconsin winter after the Air Force accepted me into its ranks. My first assignment was North Dakota. Beliefs change. Winters only grow longer.

In the fourth decade of life, I finished building an airplane. It was my chance to prove my mettle as a builder and a pilot. I wondered—could the inspector slide the signed airworthiness certificate to me through a gap in the canopy while the engine idled and I cast a steely eye toward the beckoning sky? No. Only the sky was steely on inspection day, and darkness settled on the runway before Denny’s early bird special had settled in the stomachs of seniors. That was OK. I had no intention of flying. My airplane was completed the way it was built; focused on one task at a time. I invested 35 years in the dream of building, had three false starts with other aircraft projects and spent five years forming and fastening aluminum into something the FAA recognized as an airplane. On inspection day, I was satisfied to celebrate the birth of Metal Illness as a standalone accomplishment.

There are things, important things, to contemplate that impact the time that elapses between the issuance of the airworthiness certificate and enshrining its first flight in your logbook. Let’s take a look.

Is the airplane really airworthy? The issuance of an airworthiness certificate doesn’t mean the aircraft is airworthy. Odd, huh? Depending on the inspector, an airworthiness inspection can be comprehensive or performed mostly to satisfy the paperwork. (Does your name match on all documents? Do you have something resembling a weight and balance calculation? A simple nod will do.) I’m aware of an inspection that was performed before the airframe’s canopy was fitted. A hardware-store bolt temporally fitted in the aileron linkage, long forgotten by you, may not be caught by the inspector. Discrepancies that are brought to your attention (failure to safety wire the bowl of the gascolator—guilty) probably won’t be reinspected unless the airframe outright fails the inspection. A signature on the airworthiness certificate doesn’t mitigate the dangers of an undiscovered loose fuel line at the carburetor. Even the best inspector cannot certify your aircraft is without fault, nor is that their responsibility. That is your responsibility as the builder and soon-to-be pilot in command.

Test pilot: you. A test pilot’s preparedness should exceed the FAA’s minimum requirement to be current. A flight instructor may sign off your first flight review in 10 years, but if you feel lucky to have passed, you’re not ready to be a test pilot. You may have logged the minimum required instruction to earn your complex endorsement, but are you ready to tend the needs of complex operation alone, aloft, in an unproven airplane? It’s gut check time. Are you going to play hero or are you going to better prepare so your delicate biology can go from earthbound to airborne and back without incident? Are you proficient or only current?

Insurance. Insuring an airplane isn’t as simple as calling an agent and asking them to add your newly licensed Gee Bee replica to your policy. Insurance requirements should be addressed before your airworthiness inspection becomes a consideration. An underwriter will require specific flight experience to insure the specific combination of airplane, pilot and airport you present them. You may be a 4000-hour SEL pilot, but if you are insuring an amphibious homebuilt, you can expect stringent amphibious flight experience requirements beyond the 4000 hours you’ve logged flying land-based aircraft.

Is the airport ready? A first flight requires special consideration of the operating environment. The airport may be comfortable for a nightly sunset flight in a tried-and-true Champ, but a fledgling Christen Eagle has other needs. On a first flight, few pilots can squeak every bit of landing performance out of the airplane. Can the runway accommodate a landing that exceeds the designer’s published landing distance? If the runway is too short for the circumstances, the outcome may require a trailer and a couple of buddies to help with the wreckage. Snowdrifts, standing water and rough turf can threaten directional control. Is the wind favorable for the single runway that’s available? Will the runway’s length accommodate an aborted takeoff? You may need to make your first landing at an airport with better runway options than your departure airport until you wear your new VariEze as comfortably as your old Volksplane.

Weather? Or not? Personal weather minimums should be increased for a first flight. Favorable weather will favor success; calm winds, extended visibility, mild temperatures. Don’t force a first flight into an evening’s fading light for the simple reason your collection of wood and fabric has been inspected and found to be an airplane.

There is no reason to rush a first flight. Let the ink on the airworthiness certificate dry. Let the accomplishment of having built an airplane (you built an airplane!) settle in. Let your mind transition to the flying phase without undue urgency. Metal Illness was ready to fly as soon as I formed a pigtail on the gascolator’s safety wire. Even so, 10 weeks passed between my successful airworthiness inspection and its first flight. But that’s winter in Wisconsin and 1000 words for another column. 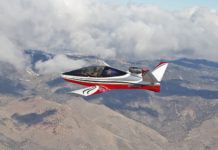 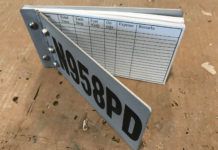 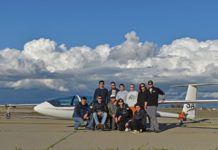 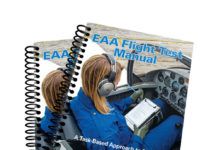 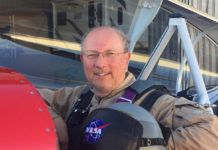 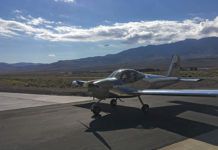 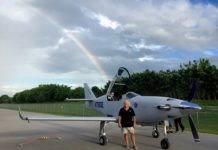 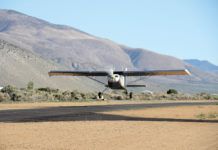 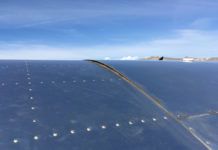 Mary Bernard - November 16, 2012
0
There are developments in the world of plansbuilt designs. Here’s what’s new, what’s old (but still going strong, such as the Pietenpol Air Camper) and what’s on the horizon. By Mary Bernard.