Home Newsline Kneeboard Notes Me and the Val 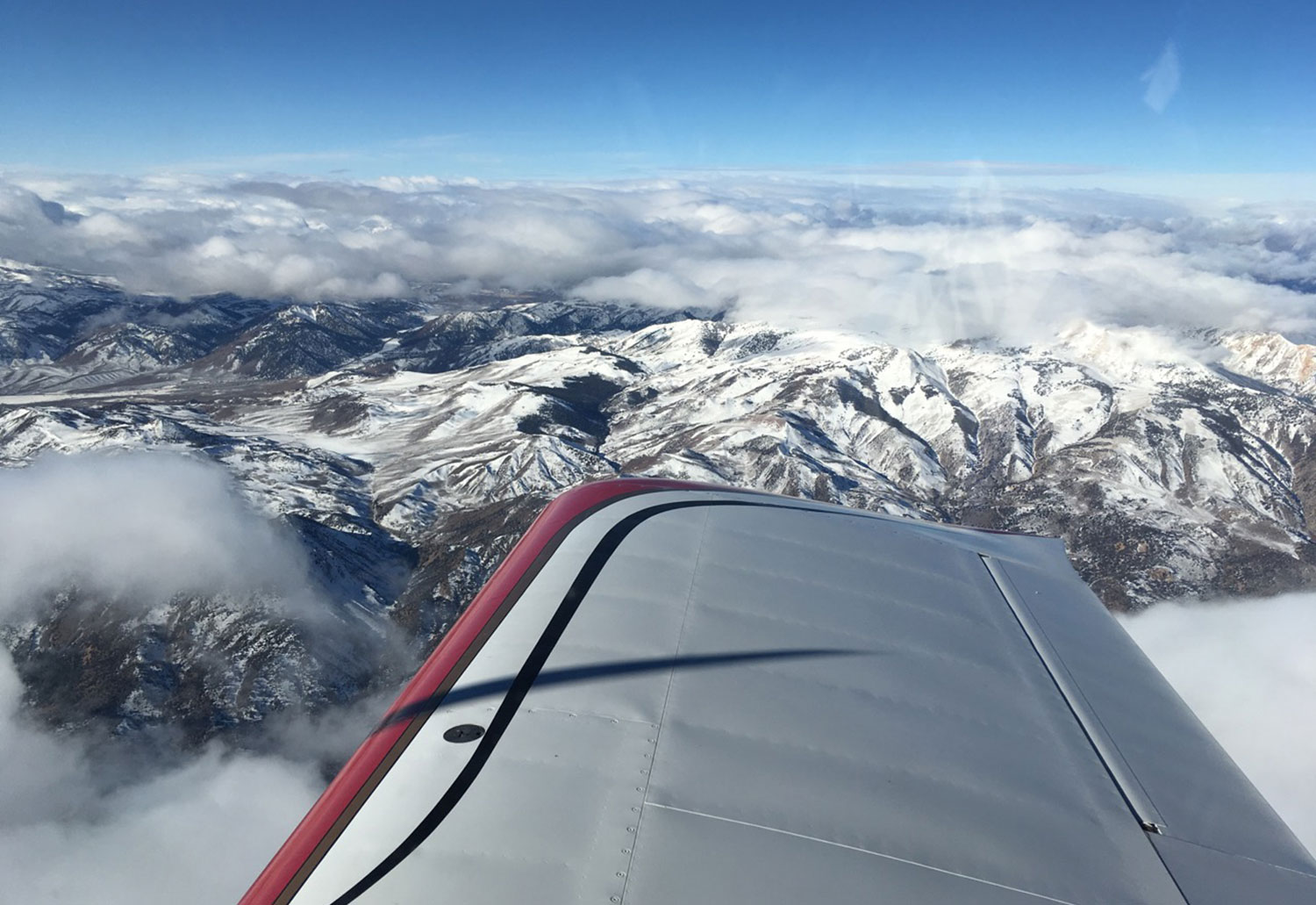 It is so easy to take things for granted when you have had them for a long time. I’ve been flying my RV-8, which I named “Valkyrie” since 2005 – just about 1900 hours ago on the old airframe clock. We’ve been from coast to coast and border to border together, flown in good weather, flown in bad. We’ve carried camping gear to Oshkosh and Christmas presents to Minnesota. Her panel has changed and evolved, with new equipment coming through for testing – some of it staying, some being replaced by other things. There are signs of wear here and there – a dirty spot on the paint behind the throttle where my arm rests, a small dent in the wing where I dropped a screwdriver once… but overall, she’s a good and capable ship that keeps on giving enjoyment, even though she doesn’t fly as many hours each year because her siblings need time as well.

I flew the Val from our base near Reno down to Southern California for the family Christmas celebration, cruising on top of broken and ragged clouds over (and east of) the Sierra Nevada. Climbed to 16,000′ to find a bit of a tailwind – which was far better than the twenty knot headwind down below, coupled with the bumps generated by a rip-roaring wind flowing over the tops of the mountains. It was one of those days where it never really smoothed out, but we’ve been there before, many times in fact. You take an extra tug on the harness and let the miles go by with the autopilot dealing with the “light to occasionally moderate” as it will.

I think back to my student pilot days, flying a J-3 Cub over the flat northern midwest farmland of Minnesota. Climbing above 3,000′ had no practical value, and it took time – but it was so worth it to top out at 10,000′ and see the edge of the world recede in to the distance. There was St. Cloud, and even the hills at the edge of Lake Superior! Hints to a teenager of the views and perspectives available by climbing high and having a look around. Now I routinely pop around the mountain west, sometimes forgetting to simply enjoy the wonder of it all.

To many, airplanes are just machines that serve a purpose. To some of us, they are magical creatures that get deep in our soul, living with us through adventures both tame and outrageous. The Val is still my airplane – although I have worked on many, she is the first one I raised from a box of raw aluminum and AN hardware. I have others with which I have to share my time – some I own, others borrowed – but I keep coming back to the somewhat threadbare front seat of the Val to enjoy a long cross-country up in the thin air. Come to think of it, I probably need to do something about that seat…. I don’t ever want this airplane to think I care the less for her now than I did on that very first flight.

There are and will be other airplanes – but the Valkyrie will always be special among them.