Throughout his established career at Coca-Cola, Crowell managed bottling facilities in the United States, Middle East and Asia. Crowell has a strong reputation as a leader in sales and marketing as well as his highly effective management of operational cost controls.

“We are extremely fortunate to have someone of Mike’s caliber step in to take the helm at the Reno Air Races,” said John Agather, chairman of the RARA board of directors. “We are looking to Mike to bring his leadership, experience and expertise in running efficient organizations to the Reno Air Races so that we can ensure this important northern Nevada event is successful for many years to come.” 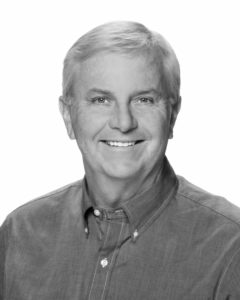 ell has spent the last 11 years in Reno since retiring from Coca-Cola, and was previously in Reno from 1982-1987 as executive vice-president/general manager of Shoeshone Coca-Cola Bottling Co., and as vice president/branch manager of Home Federal Savings Bank of Nevada. Prior to retiring he served as president/director of Coca-Cola Amatil Indonesia where he was responsible for ten bottling plants with 26 bottling lines and 142 sales centers. While there he was credited with numerous key accomplishments including 45% growth in volume.

“I spent my entire career ensuring that the organizations I worked for saw results – results in sales, results in efficient operations, results in the bottom line,” said Crowell. “I’m looking forward to putting those skills to work for an event that not only makes a huge economic impact on our community, but one that air racing fans from literally all over the world come to enjoy each year. I’m fortunate to have the help of our dedicated staff, a supportive board of directors, our sponsors and amazing volunteers in that effort.”