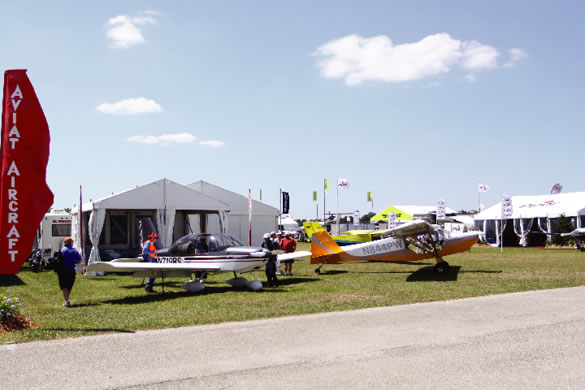 Challenging economic times couldn’t dampen the enthusiasm at the Sun n Fun fly-in at Lakeland, Florida, this year. Attendance was clearly down a bit from years when the economy was more robust, but vendors reported surprisingly good sales. While new aircraft announcements were few-Kitfox did have its new SLSA design on hand-innovators introduced new products. Here are a few examples of what we saw, some of which you might have seen presented on our upgraded web site, www.kitplanes.com, which now features original video along with breaking news. 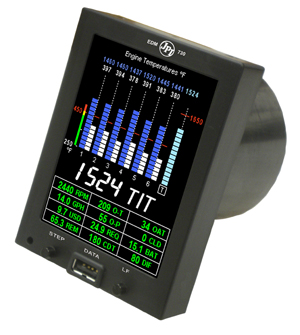 Com radio: Val Avionics brought the thinnest com radio on the market to Sun n Fun. An inch high and 9.5 inches long, the Com 2000 brings new features not available on the Com 760. Active and standby frequencies can be displayed at all times, it has flip-flop capability, and the large 3⁄8-inch display characters wont leave you squinting. Fifteen memory locations allow you to input the alphanumeric channel identifiers for regularly used frequencies. The Com 2000 lists for $1295; the companion low-profile audio panel, the AP 100, is $495. Two Com 2000s and an AP 1000 can be installed in a 3-inch vertical hole (www.valavionics.com).

Engine monitor: JP Instruments introduced the EDM-730/830, available as an LCD screen upgrade for an existing 700/800 series system, or as a complete new system. The 4×3-inch flat panel improves upon the original amber round display. Functionally equivalent to the popular EDM-700/800 units, it can be mounted in any one of four orientations to best fit into an existing panel. The round 3-inch cylinder on the back is slightly offset from center, allowing the user to easily decide how it best fits. A front-panel USB port is conveniently placed for data downloads and logging of past flights. Depending on features and the number of probes, full systems cost from $1995 to $4450, available May 15 (www.jpinstruments.com).

Angle valves: Pilots flying Experimental category airplanes powered by Lycoming 360/480/540 engines equipped with angle valve cylinders will soon have a second option. Engine Components, Inc. announced that its version is now available for non-certified aircraft engines. The Experimental cylinders come in 14mm, 18mm or a mix of both spark plug bosses. Compression ratios of 7.3:1, 8.0:1 and 8.7:1 are available in narrow deck and wide deck barrel configurations. Prices have not been announced (www.eci.aero).

Fuel boost pump: Nothing sexy about a fuel boost pump, you say? Well, you may be attracted to Andairs new PX375 high-pressure boost pump, designed for the Lycoming IO-320 and 360 range of engines. With its low weight and tiny footprint, its far more compact than traditional boost pumps. The introductory price is $720, and comes with the BLX-150 controller required to drive the pump. Available now for $500 at Andair or Aircraft Spruce (www.andair.co.uk, www.aircraftspruce.com).

EFIS enhancements: The TruTrak EFIS, debuted last year, has matured into a serious contender in the field with some well-thought-out additions. Among the new features? We’ve added an SL30 interface, and were working on a [Garmin] GNS 430 interface for the VOR and ILS capability, and a standby battery that will allow you to keep communicating and navigating until you can land, General Manager Andrew Barker said. The price remains $3850 (www.trutrakap.com).

Theft protection: TCW Technologies added to its growing inventory of electrical system enhancements for Experimental aircraft with its SmartStart system. The small SmartStart module is best described as a remote arming switch that interrupts the activation of the starter solenoid when its not first activated by a momentary contact switch, and then when a one-minute timing window expires afterwards. Its small enough to hide almost anywhere in or outside of the plane. The SmartStart module is $75 (www.tcwtech.com).

A video of the SmartStart system is also available at AvWebs web site (www.avweb.com/avwebflash/exclusivevids).