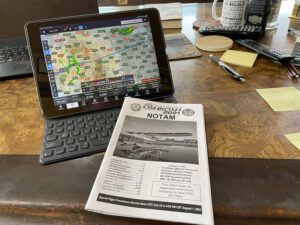 It is traditional for aviation bloggers and journalists to remind folks – in the weeks leading up to Oshkosh – to review the NOTAM and practice their skills at flying 90 knots for miles, following another aircraft at 1/2 mile and getting ready for that base-to-final turn in close and in front of a crowd. And yes, I’ve written that editorial more times than I can count. But I’m not going to do that this year, because this year is different. Yeah, that stuff is important… but very few pilots have set out on a long cross-country now for over a year and a half and the skills involved in going great distances across this land of variable (and often violent) weather are just as perishable as those skills for spot landing on the green dot.

I was thinking about this as the sun rose today, three days before my planned departure from the western edge of the continent. I’ve been flying locally four or five days a week, as I have for most of my life, and doing the occasional cross-country down to Southern California but I haven’t launched for a 1500 mile trip since I took the tiny jet to Oshkosh two years ago! It is a different matter to fly over familiar terrain within a single tank of gas, and something entirely different to launch across great gobs of landscape with the anticipation of flying all day long.

Now, many folks back in the eastern part of the country are within a single tank of Wittman field of course (although I advise to stop when you get close to top off, just to be ready for contingencies in the vicinity of Fisk), but for those of us who have a bit further to go we have to dust off those weather planning skills, dig out our packing list for away-from-base operations, and think about where we might stop for the night.

Weather evaluation is important , and the good news is that if you have a smart phone and/or ADS-B In, you have never had it so good. It wasn’t that long ago that all we had in the cockpit was what we could see out front in the murk, and a scratchy voice on the radio trying to describe a radar picture to us. Now you can gather real-time reports of ceilings, visibility, weather, and winds for all the points between you and your destination and see the big picture on your screen or tablet… it’s magic! There is little to no excuse for getting caught in IFR conditions while trying to fly VFR anymore (and the accident statistics support that), but don’t forget that you have to be looking much farther in the future when flying a long cross-country than when going an hour or two away. Think big, and think ahead—what are those little cumulous in Iowa going to be like six hours from now? Three years ago, I left Nevada and it was clear the entire way ahead, but by the time I got to Sioux Falls, I was stopped dead by severe thunderstorms and tornadoes that erased two small towns. Start watching several days before your trip, and get the rhythm of the weather down for your route of flight.

Packing a small airplane for an extended trip takes more planning than just throwing in some extra socks and underwear. Everyone has their own list, but as a brief reminder, when headed to AirVenture, make sure you include tie-downs (including hammer if needed), the NOTAM, and your “HBC,” “HBP,” and “VFR” signs. I can’t tell you how many times I have seen these letters scrawled on the back of a sick-sack as people taxi in because they forgot to bring them. And if you’re flying all day, remember water and some snacks—no reason to pass out from dehydration upon arrival.

And lastly, if you’re planning a trip that is going to take eight or more hours, have a plan for where to pull up short. For me, that means remembering the route from years past, and thinking about which towns have convenient hotels close to the airport, or airpots that allow you to pitch a tent or roll out a sleeping bag under the wing for the night. Best case scenarios are those little out-of-the-way airports with an unlocked FBO lounge and comfy recliners. In any case, know how far you can get by mid-afternoon when the thunder-boomers appear, and have a plan for hunkering down until the next morning. A plan is better than worrying about it.

Enjoy getting back into the air and spending the day in the cockpit. Make good decisions, fly smart—and we’ll see you at the show! 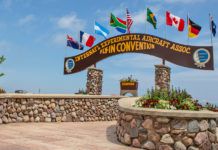 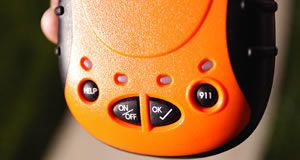 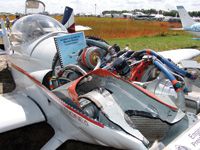