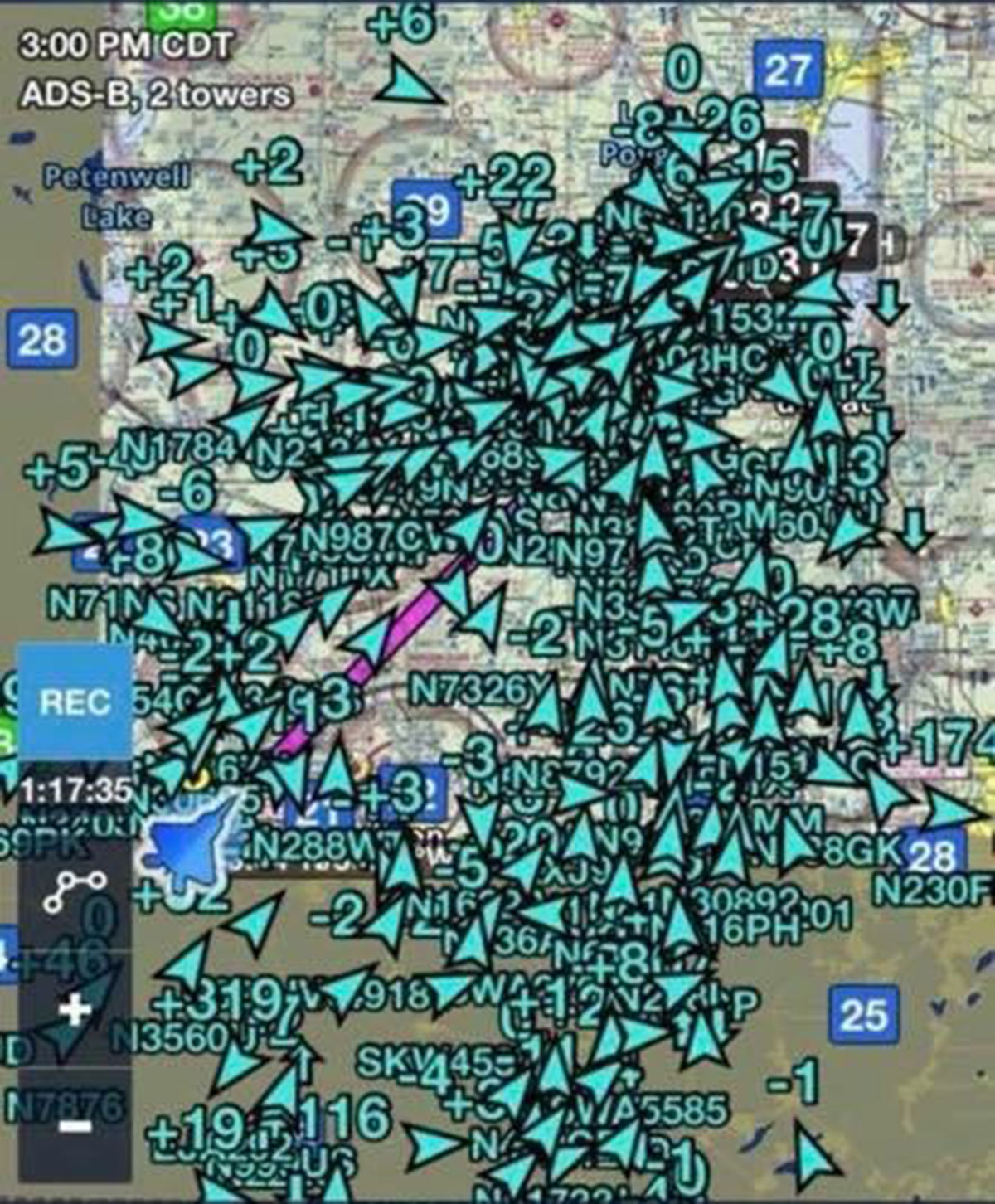 The talk of pilots today at Oshkosh were the many challenging arrivals experienced by many of the thousands of pilots over the last couple of days. The image that you see here is not doctored in any way – that is the way we received it from an experienced pilot who arrived yesterday. If that doesn’t scare you, nothing will!

When the weather throttled incoming airplanes on Friday and Saturday, everyone expected that Sunday was going to potentially wild. When a similar situation occurred in a recent year, the problems appeared at the runways with airplanes overloading available landing points. It appears that ATC has made some procedural changes behind the scenes to prevent that form occurring by increasing spacing between RIPON and FISKE from one-half mile to a mile. This sounds like a good way top reduce congestion over the runway, but it simply moved the problem up the line. If you double the spacing, you cut the number of arrivals in a period of time in half – and all of those “non-arrivals” are going to stack up somewhere – in this case in multi-hour holding patterns and at neighboring airfields. There have been reports of many airplanes landing at surrounding fields and using Uber to get to the show.

The EAA Safety Council, prompted by members and several board members, was directed to get together with ATC and figure out what has gone wrong, and how the problem can be fixed. We’ll see how tomorrow goes, with many vowing to go get their airplanes and complete their trip to the big show.