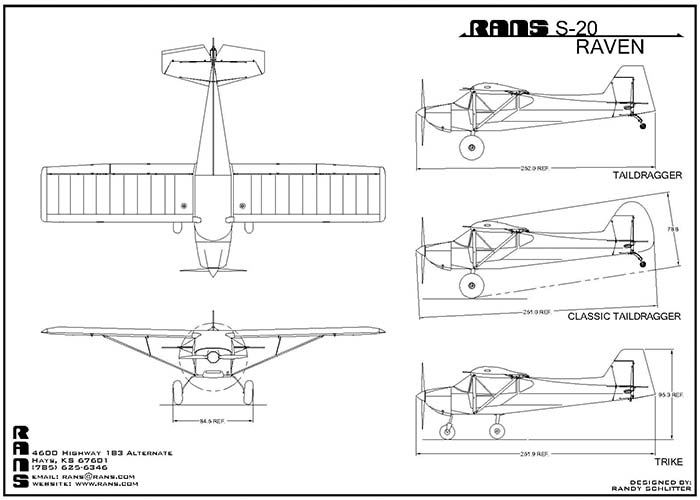 As a replacement to the Coyote II S-6S, RANS announced the S-20 Raven. The new design is a side-by-side high wing and its performance is expected to equal or exceed the S-6S. The S-6ES will remain in production.

The S-20’s wing and tail are directly from the S-7S, and feature one-piece fully CNC-machined stamped ribs, CNC-machined spars, aero servo ailerons, and a 26-gallon fuel system. The fuselage is all-welded steel and the aluminum landing gear can be switched from tailwheel to trike. Sliding seats and large door openings allow easy ingress and egress. The S-20 also features a large, easy-access baggage compartment. An uncovered S-20 airframe is on display at the RANS booth at AirVenture.