Home Newsline News Read the NOTAMs and Check for MiGs! 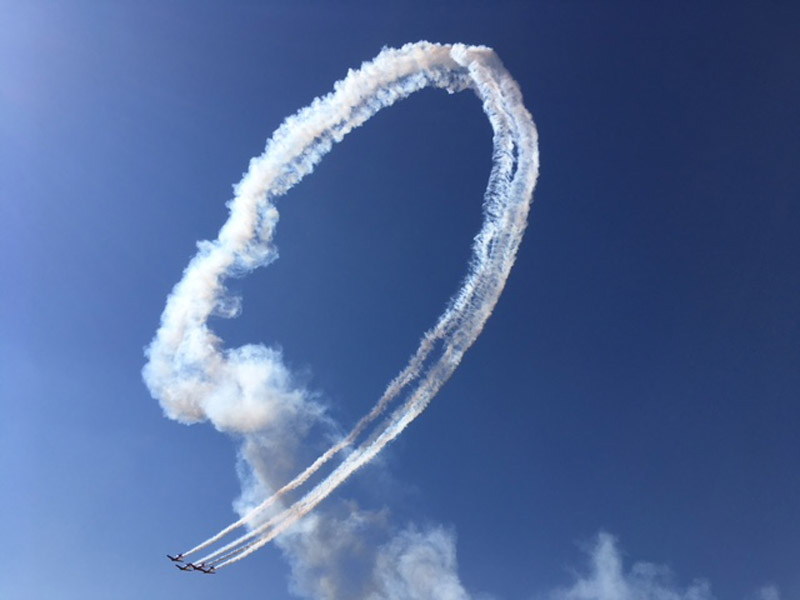 After sitting out Tuesday due to weather, Wednesday turned out to be a perfect day to fly in. Leaving Mississippi early with a 20 knot tailwind had us at KLAL by 1300. When going to these big air shows you really need to read the NOTAMs and have all the pertinent info readily at hand. Don’t be like the Cirrus pilot that flew 100′ over the top of me doing 120 knots and then S-turned wildly to avoid running into the plane in front as we passed the power station. Not being prepared for ground ops meant he had to shut down and block the taxiway a couple of times as well.

After the previous day of rain, the skies were clear blue in the afternoon and show visitors were treated to some great flight demonstrations. Standouts for me were the Vampire, MiG 17, Aeroshell team and Matt Chapman.

I’m looking forward to the night show now that the tent is up and a few beers have been consumed.

Plan for tomorrow is to have a good look around the vendors and aircraft displays.

Jim Weir - August 14, 2020
0
I love to look at the beautiful work and magnificent instrument panels that our...