Air racing fans were stunned to hear of the loss of veteran race pilot Sherman Smoot when his long-time mount, Czech Mate, crashed on take off today during what was meant to be a pre-Reno test flight.

The accident occurred approximately one half mile from Minter Field, near Bakersfield, California. Preliminary reports say Smoot radioed he had low oil pressure, and evidently low power as Czech Mate took on a nose-high, slow-airspeed attitude before stalling and spinning from low altitude.

Smoot was well known, respected and popular with the Reno air racing community. The Unlimited Class president, his resume included the 1996 T-6/SNJ National Championship title plus numerous years flying Czech Mate and Hawker Sea Furys in the Unlimited class. A navy veteran, his log book included F4 Phantom time in the 1970s followed by a career with Continental Airlines along with time in various WWII fighters and transports. A fan of fast propeller aircraft, Smoot had also served as president of the Estrella Warbirds Museum in Paso Robles, California. 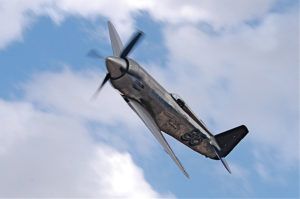 Another interest of Smoot’s was wine making and he was co-owner of the Bella Luna Estate Winery. Smoot was 74 years old.

Czech Mate was the quintessential everyman’s homebuilt experimental and had an air racing career longer than Smoot’s. Originally a Yak-11 two-seat trainer built in Czechoslovakia during the early cold war years, the plane was converted to air racing by Bob Yancey and his crew chief Bill Whitlatch. The 700 hp Russian radial was replaced by a 2500 estimated horsepower R-2800 CB-16 Pratt & Whitney radial and permanently configured as a single seater with small F1-style canopy along with the usual weight reduction. Yancey, who had previously raced a Corsair called his new mount Perestroika, gave it a bare aluminum and chartreuse livery and immediately had it running mid-pack in the Unlimited Gold race.

Yancey eventually sold the Yak to its current owner, John Moore, who retained Whitlatch on a consulting basis for several years, brought in Smoot as pilot and changed its name to Czech Mate. Moore’s crew eventually installed a new, taller vertical tail (it has never been an easy airplane to fly), tightened up the cowling and experimented with various low-drag cooling designs to make the now blue and aluminum Czech Mate into a 460+ mph Gold contender. Never fast enough to challenge the Unlimited P-51 royalty of Strega or Voodoo, the Yak moved ahead of its mid-pack sparring partner, the ever-popular 4360-powered Sea Fury Dreadnought. Along with other owners of pur sang Gold Unlimited racers (except Dreadnought) Moore chose not to run Czech Mate the last several years, but no doubt seeing how Dreadnought was handily taking the Gold win at reduced throttle, the Yak and Smoot were set to return this year for a solid run at the Gold title. This would have been a fitting accomplishment for Smoot and Czech Mate as both had never won the Gold.

Kitplanes extends its condolences to the Smoot family and all those who made Czech Mate such an exciting part of the National Championship Air Races for over three decades.

Dave Martin - July 19, 2008
0
As Light Sport Aircraft become more popular, so too will the desire to learn more about maintaining one of the most common engines used in these designs, the Rotax four-strokes. Columnist Dave Martin goes back to school to learn about routine Rotax maintenance as well as safe operation of the popular engine.