Continental is moving forward with its research to pitch 94UL as a replacement for 100LL avgas, which the EPA seems serious about regulating out of existence. At the company’s Mobile, Alabama, test center, TCM is running detonation tests of 94UL and on Wednesday, it gave visiting journalists a preview of the project. 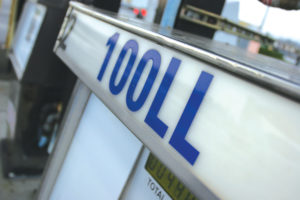 TCM’s Bill Brogdon told us on Tuesday that 94UL is essentially 100LL without the tetraethyl lead added as an octane enhancer. He says engines certified to operate of 80/87 octane—and that’s a lot of engines—will have no trouble making rated power with 95UL. Similarly, says Continental, even its higher power turbocharged large displacement, low-compression ratio engines can run the lower octane.

The problem engines are higher compression variants that use 8.5:1 compression ratios. Brogdon told us these engines may tolerate a diet of 94UL by tweaking the timing or developing affordable knock detection and variable timing. Another option, he says, is reduce compression ratio but increase displacement—re-engining with a IO-550 to replace an IO-520, for instance. Whether the owners of aircraft with these engines will nibble on that remains to be seen.

In the meantime, Continental is in a consortium pushing forward with eventual ASTM approval for 94UL, at least for Continental engines. We’re told that only one company is skeptical of 94UL as a drop-in replacement for 100LL and though no one is naming names, sources tell us it could be Lycoming. Timeline? About two years of further testing, says Brogdon, then another year or so for ASTM approval.