In the past, I described three different sets of screw extractors that I had in my toolbox, and since then Ive been looking around the neighborhood for a good candidate to test them on. When it came in the form of a 60-year-old gas tank from a Cessna 170, I thought to myself, Perfect! Real world, aviation specific, several screws all stuck by the same conditions. 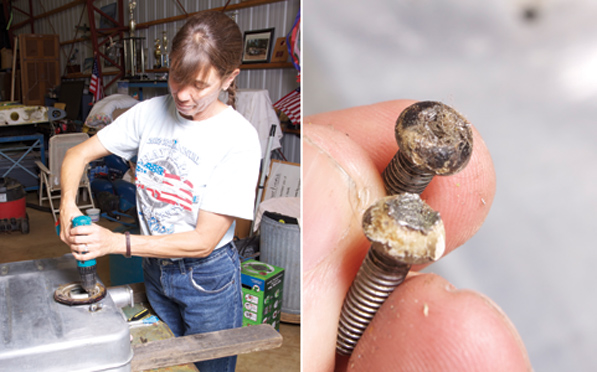 The test article. No, not Kim Purcell. Were talking here about the 60-year-old Cessna 170 fuel tank and its numerous, uh, noncompliant screws. 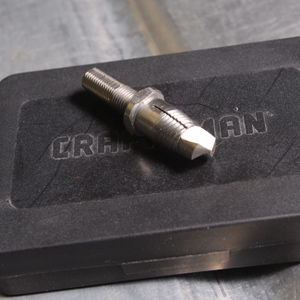 The Craftsman Drill-Out extractors are intended to be used with a power drill. This particular kit had bits that were all too large for the No. 8 screw.

And then we completed someone elses previous attempts at rounding the end on six No. 8 Phillips screws that had been holding the filler neck in place. All this required was a good drill motor and an insertable bit. If at first the screw wont move, just keep spinning it to ruin whatever Phillips form remained while destroying the drill bit in the process. Don’t look at me like that…you have done it, too!

Because the surrounding material was fragile (dont pound a gas tank with a hammer), the possible solutions at hand were limited. One reader had suggested using a drill motor in reverse with a ratchet clutch. Inasmuch as that was the easiest, we tried it first, but the combination of seized treads and a mangled head defeated us instantly. 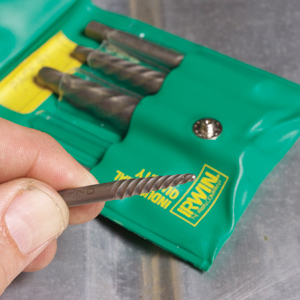 Traditional EZ-Out tools generally work well, but they were no match for the Grabit.

Next, we tried the Grabit screw and bolt remover kit with amazing success on the first screw. This tool has a left-hand drill bit on one end that cuts a wide-angle cone where the screwdriver has destroyed the original form. The other end of the tool is a left-hand spiral cone fitting the now-new conical surface. Press down, in reverse, slow speed and wait about a half a revolution for the left-hand spiral of the tool to engage the prepared cone. If all goes well, the screw backs out, and in this case it did go well. It was surprising, though, that when the screw came out, it remained attached firmly to the tool. We needed pliers to hold the screw while slipping the drill motor into forward to separate the tool and the screw. Still, high-fives and congratulations all around!

It would appear that the key to using this tool is to start with the smallest one of the four in the kit, and don’t drill too deep, as you can cut the head off and then be, well, you know. 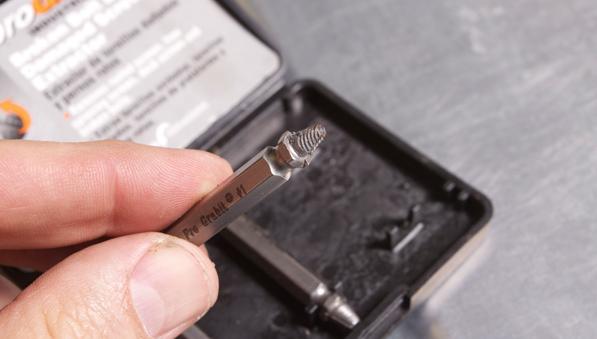 Heres the business end of the Grabit tool, a reversed spiral that digs in and hangs on tight. 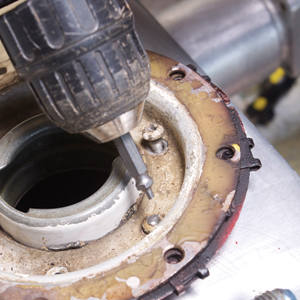 With the Grabit, the process is to use the drill head on one side of the tool, then switch it around and use the reverse-spiral extractor end.

We had no success on the second try. That last bit of advice was learned the hard way when we tried a similar but larger tool set from Sears. It was an utter failure in that the smallest bit was too large and we drilled deep enough to cut the head off of the body of the screw. Returning to the Grabit would have to wait until we could get down to the remaining screw without damage to the surrounding flange. To do that wed have to remove the other four screws. And in all fairness, its hardly the fault of the tool if its not the correct size, so I wont count this out of consideration for a future job. Clearly, there was a too-tight screw on one end of the tool and a loose nut on the other. With the remaining four screws to go, we went back to the Grabit. We applied a careful eye to ensure drilling just deep enough to allow full engagement of the gripping end without cutting the head loose. 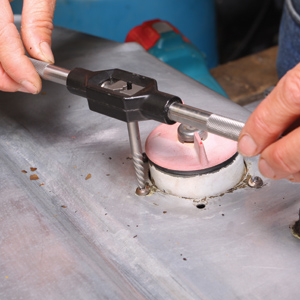 A normal EZ-Out kit needs to be well supported and works best when turned slowly; a tap wrench is ideal for this purpose.

We tried an EZ-Out as well, but found no success. When I left the tools and the project in the hands of the team, they were working on screw number six and were not discouraged. With the upper flange removed they were able to grind the end of the screw flat and go back to testing.

The final verdict? I gotta get a Grabit set! You can find it at aldencorporation.com (or Amazon.com). Mine was sitting there in the toolbox for upwards of a year. I sometimes kvetch that any tool I buy and don’t use is the same as putting that cash in the toolbox. But when an ugly need pokes its visage through the bushes, Im ready for it. It makes my day, boys and girls.

Moderate pressure on the drill motor, the lowest gearing it has and patience will result in an extracted screw.

Editors note: If you have specific questions for author Bob Fritz, or if you have certain projects youd like us to cover, email us at editorial@kitplanes.com with Home Machinist in the subject line. 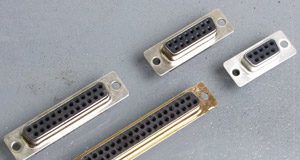