There can’t be a single person engaged in the modern world who doesn’t have a tale to tell regarding tires. Most involve some variation of the tire going flat, at least on one side, and luckily most don’t involve too much in the way of injury or property damage.

But when you stop to consider what is riding on all that rubber, it’s a wonder the fiscal-retentives—such as myself—continue in our ways. So it was fortuitous that via an alignment yet to be understood by mortals, I experienced one tire failure and avoided another in the space of a week, thus providing a handy reminder in intelligent tire management.

The failure was prosaic enough. It was on the family sedan during one of those trans-state dashes best left for going places airplanes, but assigned to the car in this case because we had three adults on the manifest and don’t have a going places airplane, or even one with three seats. Headed west across Utah, we passed a sign saying, “Next services 110 miles.” Nothing too unusual there as we’ve made this trip many times. But about 50 miles later the tire pressure warning light illuminated, and we were lucky to roll up an incredibly convenient off-ramp to a view point parking area. There we heard the last pressurized air leave the tire through a separated tread wound. For reasons reasonable in large metropolises but not of much utility to ourselves at the time, this model automobile dispenses with a spare tire in favor of injectable goo.

Injectable goo, however, is no answer to a separated tread. What does work is a cell phone, AAA membership and a credit card with something remaining on the credit limit. Incredibly, after an hour’s tow at 75 mph and a motel room within walking distance of the tire shop, we only lost three hours from our scheduled ETA home. Financially the loss is considerably greater considering we now have a mismatched set of tires front and rear, which will inevitably lead to shorting two tires’ lives when it comes time to return to a full set of matched tires.

Luckily, avoiding tire failure occurred on one of the airplanes, the little Cessna 140A. This was a simple case of the tires having worn out but having been left in service by you know who in one of my best displays of observational bias. Tires are expensive, after all, and with the little tyke touching down around 48 mph on nicely paved runways, it had not seemed overly pressing to jump into a new set.

And so the Cessna tires were bald save for the two outer bands of tread when I opened the hangar door after returning home from the tread-separating car trip. Not too curiously, as I gazed down on the Cessna’s landing gear, what had seemed like an expensive bother a week ago now appeared as an opportunity to do the right thing. Funny how the mind works.

Of course, this lead to all the navel gazing inherent in buying aircraft tires. At least the size is no mystery; the 140A rolls on the same ubiquitous 6.00-6 rubber so many airplanes our size do—including my Starduster sitting in the same hangar. But what’s the practical difference between 4- and 6-ply ratings, not to mention which brand and model tire is the best choice? Those selections are right up there with picking a good dentist out of a phone book, i.e., essentially unknowable to all but those in the tire business or perhaps those of us with a subscription to our sister publication, Aviation Consumer.

After some internet sleuthing and picking of friends’ brains, I ended up buying another set of Goodyear Flight Special II tires for the Cessna. I freely admit the choice was largely driven by what was in stock locally—it was somehow immediately time to change tires—plus the surprisingly wide variance in tire pricing across the 6.00-6 range. A big part of me was ready for a premium tire, such as the Goodyear Flight Custom III tires on the Starduster. I kicked the sides of my stall mightily when my A&P presented me with the bill for those (I had been out of town and he simply selected those tires and put them on), but I must admit they’ve been great tires. Meaning they’ve been on the airplane for far longer than I expected, have put up with my bouncing, side-slipping landings in that heavy, blind airplane and still look ready for tons more service. Impressive. But also cringingly expensive after unexpectedly buying two automotive tires.

Actually, there is guidance on the ply rating choice, at least on certificated airplanes such as the Cessna. Again, digging around on the internet I came across some Goodyear data showing the 140A is listed for a 4-ply rating, so that was an easy choice. Of course, if 4-plies are good, 6-plies should be better, but not so goes the semi-pro advice on the web. Something about the stiffer 6-ply rating upsetting the careful spring rate calculations made by Cessna engineers 71 years ago. OK, there could be some merit to that, although empirically I’d guess several hundred of thousands of real-world landings have been made on the heavier ply tire. I bought 4-ply tires because they seem more than enough for the paved runways I operate off of. Sure, more puncture and carcass breakdown resistance is always welcome, but somehow the point seemed moot if I was willing to run the tires to bald in the first place.

Seemingly related to the ply rating, but not really, is tread depth. Here the data says a light airplane tire’s lifespan is, to the first order, directly related to how deep the tread depth is. Makes sense, at least until someone locks up the tire—any tire—and flat spots it to oblivion.

There’s also an often overlooked aspect to big tread depth tires: weight. It takes sloshing through all kinds of data to come up with tire weights, or even educated guesses by extrapolation, but it’s possible to get some useful data points. Thus, I saw Desser’s Monster retread with its generous 11/32-inch tread depth not only offers an impressively long potential lifespan but is also reasonably priced to make it a wise purchase for those not prone to locking up tires. But compared to tires in the middle of the 6.00-6 marketplace, they weigh 12 pounds more per pair. That’s not helping in the underpowered Cessna, and as for the Starduster, heck, I spent beaucoup coin on a lightweight starter and alternator to save about the same weight. Returning that weight in tread depth somehow seems counterproductive.

So, we each have our priorities when selecting tires, and thankfully the market accommodates choice. This also applies to inner tubes. I’ll just say here that for years I had leaky tubes on the Starduster, meaning every third time I wanted to fly, I found myself crawling around on the hangar floor fiddling with grimy black tires, brake dust, a filthy air hose and maddeningly difficult to locate valve stems somewhere inside the wheel pants. When dressed for a business meeting, this is a particularly offensive activity. Paying for premium-brand tubes that actually hold air has made me much happier.

All of this is not to detract from my main point, that once I dismounted the bald tires off the Cessna, I was shocked to find just how thin the tread was in the center of the tire. Yes, I had been running too much air pressure in them (about 23 to 24 psi and trying 19 psi now) so they disproportionally wore the center, but I got a little quiet when I felt just how slipper thin the center tread had become. Clearly the tires were one tiny anomaly away from wearing through…something none of us needs in any tire, but especially not on an airplane nor 50 miles from “services.” 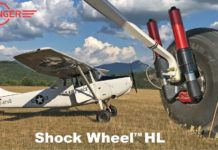 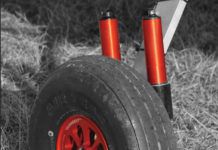 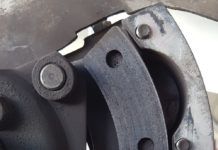 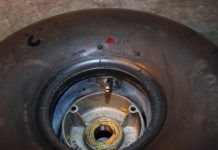 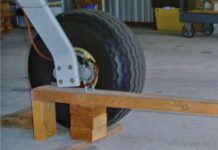 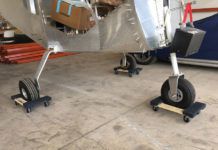 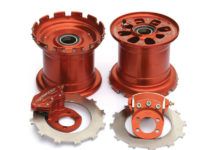 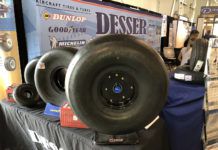 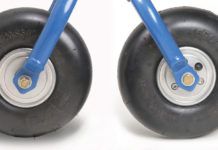 Amy Laboda - May 18, 2008
0
When it came to choosing a kit aircraft to build, columnist Amy Laboda and her husband opted for a metal design, in part because it would be resistant to destruction by lightning strike and also because fatigue is easier to detect in metal than it is in a composite plane. However, new nanotube technology, if integrated into composite construction material, could not only help identify wear problems, but also potentially heal them.