Like everything else, COVID-19 has had its way with the Experimental aircraft engine market in 2020, with repercussions extending into 2021. Nearly every engine manufacturer and rebuilder reported sales stalled last spring when quarantine protocols went into effect. But by summer, business took off. It’s as if we all realized we weren’t going to live forever, and it was time to get building airplanes. (Not  limited to engines, airframe manufacturers and parts suppliers reported strong sales this summer.)

The big corporate engine makers—who we apply the shorthand “OE” for original-equipment manufacturer—seem to have a harder time of it than the rebuild shops, likely because they are dependent on new-engine sales. With staffing reduced, they’ve been in a holding pattern on engineering new features or making moves into new facilities and so on. But business never stopped and is recovering, so the long-term outlook is favorable. 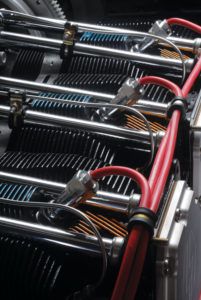 The custom-engine shops say the early dip during the pandemic let them catch up on their traditionally large backorders, which has been followed by a slow return to more normal work volumes. Of course, initiatives set before the pandemic keep going forward on their own momentum. Despite COVID-19, 2020 saw the formation of one new engine company and the release of new engines and upgrades at others. Bottom line? For consumers, the pandemic disruption has had few practical consequences to date beyond possibly longer lead times.

Choosing an engine ranges from easy to requiring substantial study—depending mainly on what airframe you’re working with. For most enthusiasts, the choice could not be simpler: You either use the engine recommended by the kit manufacturer or rebuild the engine you already have. An excellent example is RV kit builders. Like most of the popular kit makers, Van’s Aircraft publishes exact recommendations on which engine to use, then makes an offer you can’t refuse by selling the preferred Lycomings to their customers at a slight discount. By partnering with Lycoming—and to some extent Rotax for the RV-12—Van’s makes a new engine purchase as simple as checking a box on the order page. Zenith Aircraft is another kit supplier that partners with preferred engine manufacturers to offer similar convenience.

Still, many airframe kit makers haven’t established a relationship with an engine maker and may not even have a preferred engine in mind for their airframe. They leave that to the builder—you. In this case, you might get guidance along the lines of “any parallel-valve O-360 will fit,” which you know isn’t that simple. Here, you need to determine exactly which configuration the factory used on its prototype and work with your engine shop to reproduce it.

There are several ecosystems in the engine world for Experimentals: bone-stock traditional engines, modified versions of such, so-called nontraditional engines and various conversions. The nontraditional engines aren’t your old designs but rather modern variations built specifically for aircraft—think Rotax as the big name, along with Jabiru Aircraft or ULPower and others. Conversions start as something else, typically an automotive engine. But, depending on the supplier, what you get in the crate may well be far beyond what was in a car—especially where engine controls and prop-reduction drives are concerned. Some, like the long-standing Volkswagens, are distant relatives of their auto antecedents.

Where to Buy an Engine

There are a number of ways to purchase a light aircraft engine. As already mentioned, the most direct is to order the engine through your airplane’s kit manufacturer if they offer that service. Next, in order of convenience, is ordering an engine directly from an engine manufacturer. Be aware that even with Lycoming and Continental Aerospace Technologies, the engine makers keep very few engines in stock.

Obviously, the further you get from the mainstream engine choices, the greater the chance you’ll have to wait for the engine to be built. This can add time with some of the overseas makers. So, if you’re considering something such as a Jabiru or Rotec Aerosport radial, definitely call ahead well in advance. A year ahead is not too soon to make an inquiry. A possible exception is Rotax. It sells in such volume that its engines are in ready supply.

Because the market for Experimental aircraft has grown to such a significant proportion of the new-airplane world, Lycoming and Continental have established their own in-house methods to provide noncertified, custom engines to the Experimental market. Lycoming’s solution is the separate Thunderbolt assembly shop in the corner of its main factory offering all sorts of boutique services and aftermarket parts. Thunderbolt engines compete directly with the better aftermarket overhaul houses such as Aero Sport Power, Barrett Precision Engines and Ly-Con Aircraft Engines.

Continental’s approach to specialty engines is slightly different. Its certified engines, save for an Experimental version of its legacy O-200, are sold under the Continental name. Noncertified engines for the Experimental market go by the Titan brand name. Furthermore, Continental doesn’t maintain a custom shop per se, preferring to integrate its Titans into the regular production process. Titan engines can include aftermarket parts and specialized machining steps as desired by the customer. But the brand is best known as a popular line of Lycoming-architecture engines.

At the other extreme, Rotax is firmly in the Experimental aircraft market and therefore has no need for an in-house boutique or separately named engines. A Rotax is a Rotax.

Once past factory-new engines, the purchasing process becomes less straightforward. But if the considerations go up, so do the optional possibilities. Much depends on if you’re willing to consider a used or overhauled engine and if you have a core engine as a starting point. Remember, with some engines, what can be thought of as a new engine is actually a combination of mainly new and a few used, rebuilt parts. No one is building new Corvair engine cases, for example, so such engines by definition have a “seasoned” case, as the machinists like to say. This is not a reliability or safety issue but explains why there may be considerable machining or parts searching with such engines.

Topping the list of roll-your-own methods of arriving at a suitable engine is to work with an overhaul shop. Most of these shops overhaul certified engines as their bread-and-butter business but also specialize in backcountry, racing, aerobatic and other performance powerplants. Typically they have their own line of special parts and hot rod knowledge even the factories likely don’t possess. If you’re looking for something special, racy or show-worthy, overhaul shops are a good place to go.

Other shops are far more local, ranging all the way down to one-man-in-a-hangar operations. The quality and capabilities of such outfits run the gamut from superb to no way. Who’s who is up to the buyer to determine. It’s worth noting the small operations typically have no machining capabilities and must work with specialist firms for things such as connecting rod reconditioning, balancing, crankshaft or lifter grinding, engine case machine work and many other functions. What they really do is provide a valuable service sorting through all the possibilities with you, providing a local parts source and performing final assembly of an engine from parts machined elsewhere. Where these small shops source their machine work and what volume of work they do in-house give a clue as to their viability.

When dealing with an engine shop, large or small, you can either walk in the door empty-handed or start with a core engine—or even a partial pile of engine parts. Even if the core engine you have isn’t the engine you need for your current build, it’s still considered trading fodder. Alternately, the larger shops keep surprisingly large inventories of core engines and parts on hand. So, if you are starting from scratch, the shop can often supply a core to start with—for a price, of course. This can be a cost-effective way to arrive at a fresh engine, so it’s well worth exploring the option.

In the Volkswagen and Corvair engine market, the norm remains kit engines. That is, these engines are shipped complete but unassembled. These less expensive engines are aimed at the hands-on enthusiast who’s happy to assemble his own powerplant and keep the cash that would have been spent paying a shop to do the same. If you’re not that guy, almost all such shops will assemble the engine for you for a fee.

Finally, used engines. These can come from anywhere, including the usual classified listings such as Trade-A-Plane or Barnstormers, the local bulletin board or salvage businesses. Here, a lot depends on how much you know and trust the seller or are willing to accept in terms of lessened longevity. Unlike a shop, used sellers don’t provide guarantees. And if the logbooks aren’t included, who knows what you’re really looking at. There are definitely deals to be had, but our conservative outlook has us considering most used engines as good cores for rebuilding before installing on a new airplane.

Because KITPLANES® centers on Experimental/Amateur-Built aircraft, engines for such airframes are what we are presenting here. That’s why we don’t list Pratt & Whitney’s latest, nor are we delving into ultralight engines. In practical terms, that means a lower limit of approximately 50 hp.

Another rule is customers must be able to buy a complete, basic engine from companies presented here. Engines need not be dressed with accessories (magnetos, carburetor and so on), nor even assembled, but all the basic mechanical parts must be available from the manufacturer such that a complete engine can be obtained by the customer. Regrettably, we must go out on a limb on this requirement each year. Manufacturers are excited to say certain new engines are coming, but they can be delayed or worse. So, always check on availability.

Finally, while we take considerable effort to ensure accuracy and completeness, we appreciate any help in increasing the quality of our work. Send comments to editorial@kitplanes.com.