Home Magazine Builder Spotlight A New Spin on It 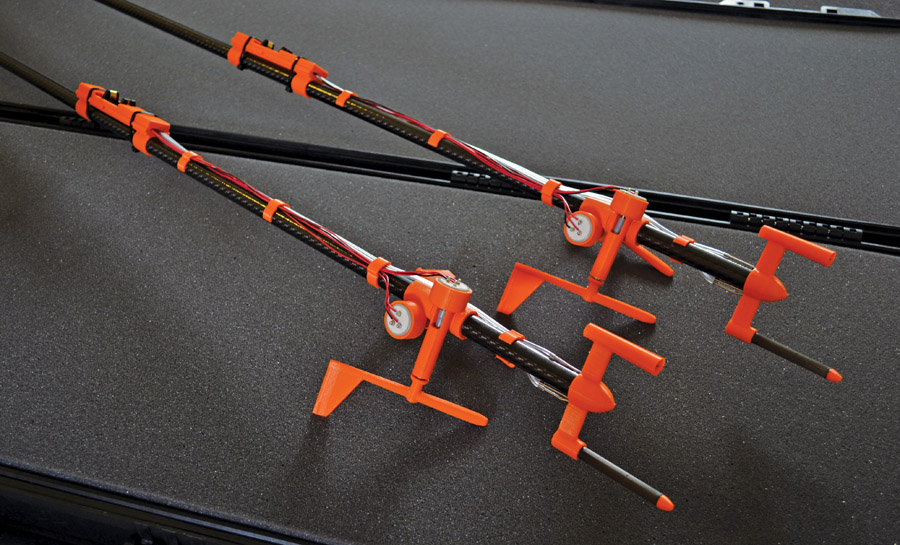 In the October 2016 issue of KITPLANES, we introduced Andrew Angellotti and his innovative Featherweight air data probe. Designed to give accurate air data information (airspeed, altitude, angle of attack, and angle of sideslip), the Featherweight probe attaches with tape and flexible stands, so it’s super portable from plane to plane. It seems just the thing for a shop, EAA chapter, or well-heeled individual to keep around as a boon to establishing best speeds, rates, and angles on new Experimental builds. 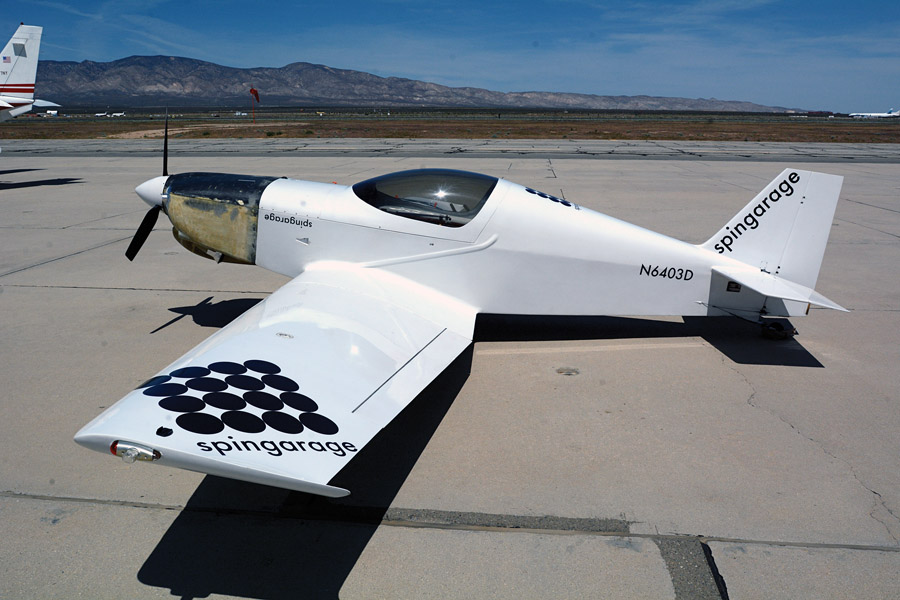 Andrew Angellotti is using his O-200 powered KR-2S as a test bed for his growing line of Experimental aircraft test equipment. As we see it here at the Mojave Experimental Fly-In, the KR was clearly benefitting from some experimental work to the cowling. 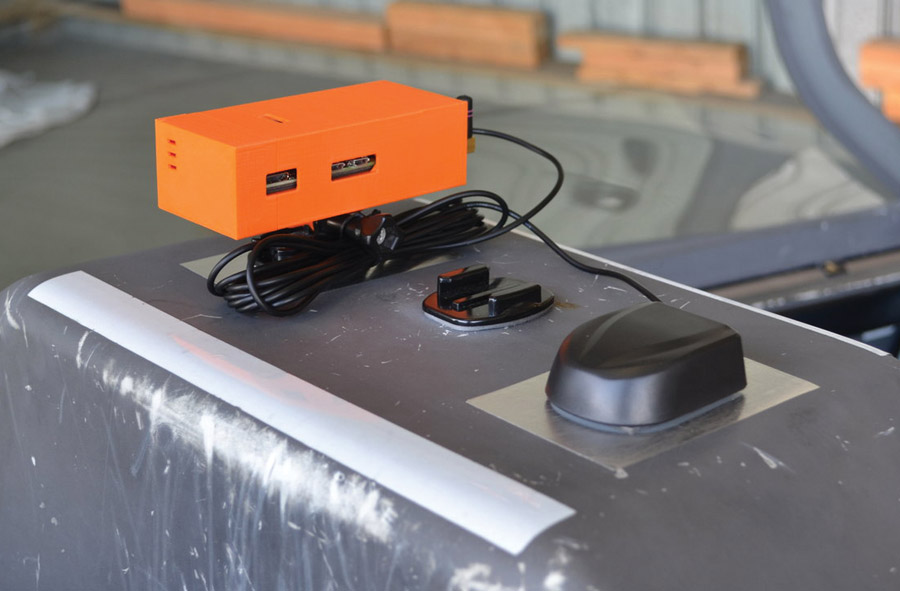 BoxDAQ combines a commercial-grade GPS/INS (internal navigation system), an AirDAQ (data acquisition) receiver, and a custom data logger in a tiny 4.7×2.2×1.4-inch box. The unit can be mounted almost anywhere, but is typically placed in the cockpit.

We also now have pricing on the Featherweight air data probe—$1,299—along with the $3,299 tariff for the new BoxDAQ. If you bundle the probe and BoxDAQ together, they can be had for $4,299. If you only need data for just a few flights, the BoxDAQ can be rented for $399 per week. 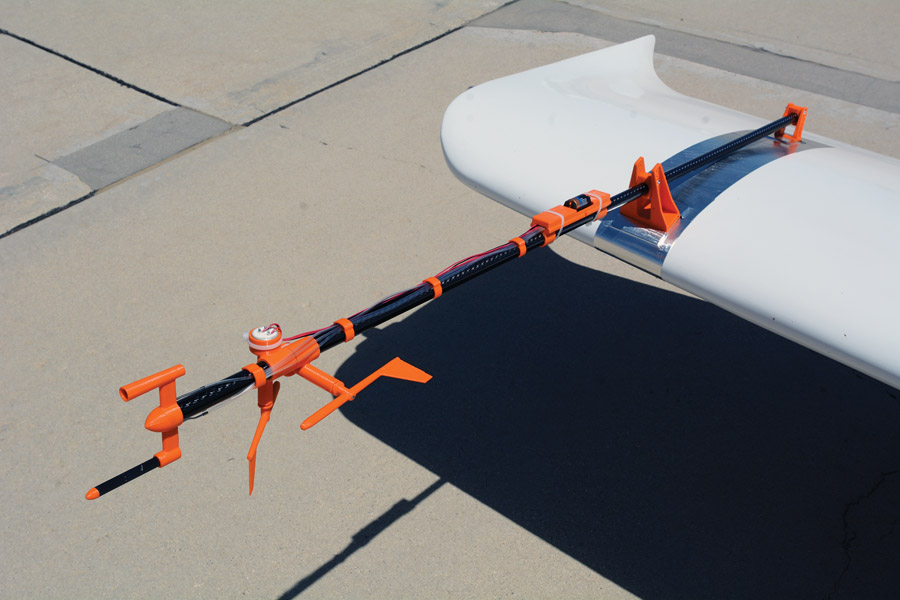 Orange is the new color for the Featherweight air data probe. The mast is carbon fiber, and the attach points remain semi-flexible stands and aluminum tape.

Completely separate from the Featherweight probe, the 3D-printed BoxDAQ is simple, unassuming, and orange as central Florida. The compact enclosure contains a VectorNav GPS/INS unit and will fit just about anywhere, but is most logically mounted in the cockpit. The BoxDAQ also automatically receives the air data probe’s wireless output, so the two serve as one-stop instrumentation for sophisticated test flight data. 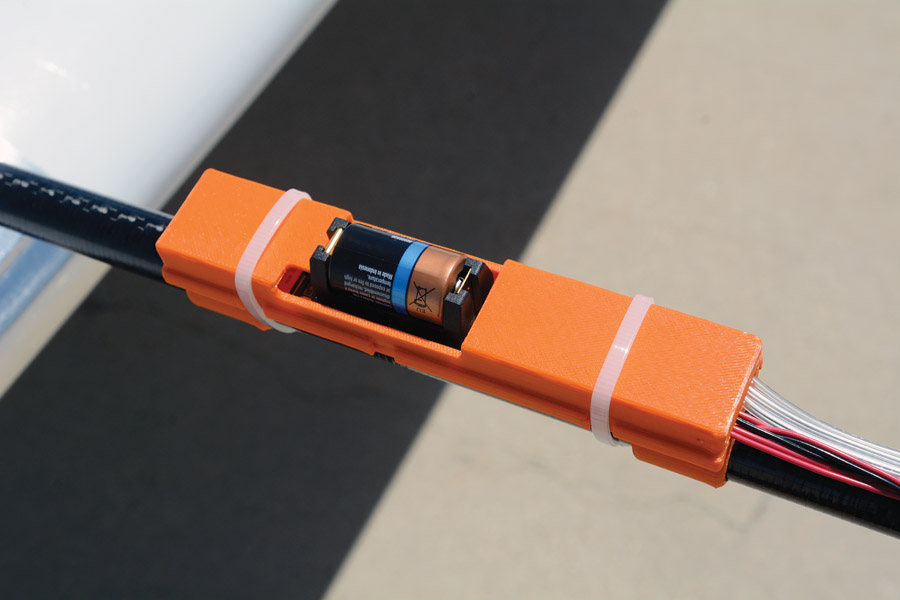 As always, the air probe is self-contained. Power is supplied by the battery, which doubles as the on/off switch. The circuit board is now enclosed in the orange box, which also includes an accelerometer, local memory, pressure transducers, voltage regulator, and 2.4G transmitter. With data sent wirelessly, there is no wiring between the probe and the airframe.

Angellotti and Mojave institution Elliott Seguin took the combination for a literal spin or two in an Extra, and it dutifully tracked all of their aggressive high-G maneuvers without a hitch.

The Featherweight probe and BoxDAQ work independently of each other, so there’s no requirement to have both. If both units are paired as a team, there’s no need for a laptop in the aircraft to capture the air probe’s data. 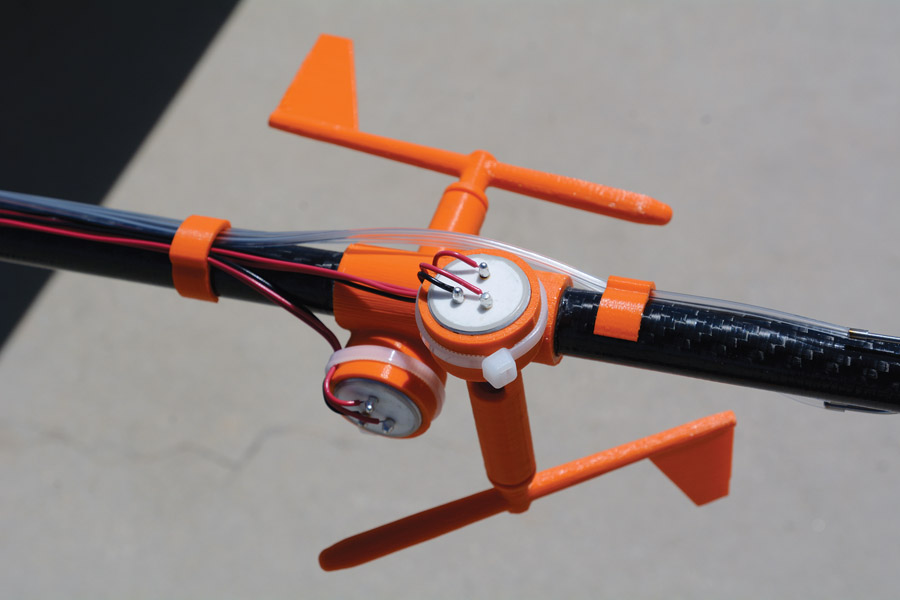 Big change on the air probe is the use of vanes instead of calibrated holes. Angellotti says the old five-hole system was accurate to .5 degree while the vanes are repeatable to .1 degree.

Angellotti, who was employed at Scaled Composites, is now full-time at Spingarage. You can visit his website, www.spingarage.com, where there’s more information and ordering instructions for the Featherweight probe and BoxDAQ. 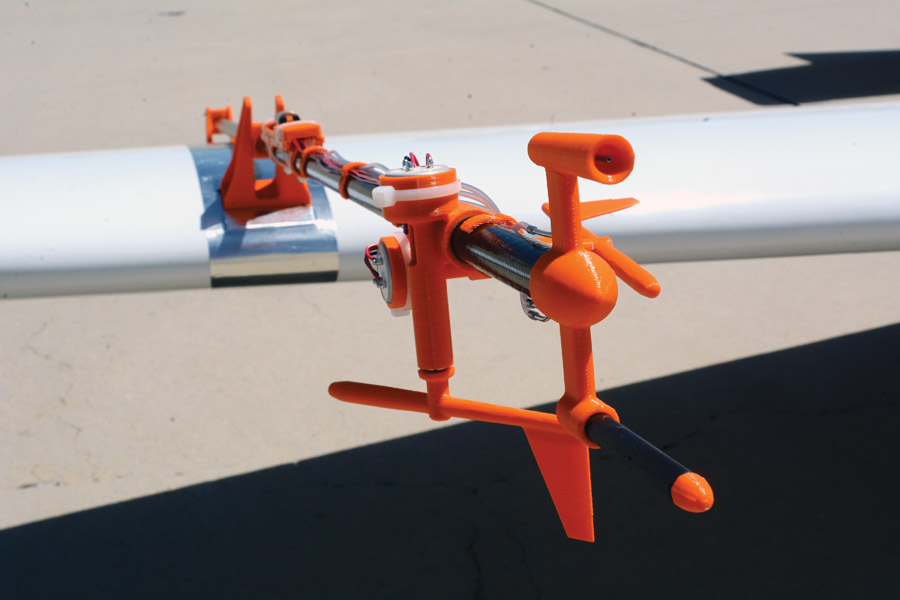 Angellotti has cleaned up the ram portion of the pitot system. The new housing looks more robust and less damage-prone than the thin tube version in the introductory model we showed in the October 2016 issue of KITPLANES.

Finally, our congratulations to Angellotti, as he was named Experimenter of the Year at this year’s Mojave Experimental Fly-In.

Mel Asberry - September 19, 2011
0
Periodic inspections are a necessary part of homebuilt aircraft ownership. Mel Asberry explains which ones are needed and how they differ from the certificated aircraft variety.