Tom Aberle surprised even his crew with his new Reno qualifying record of 284.454 mph qualifying record last Monday. With no off-season improvements there was no mechanical explanation for the big 10 mph increase in speed. When we stopped by to see how the deed was done Tom confessed the cooler air might have meant more horsepower, but the real truth was, “I was seeing a lot more ground through the pylons.” In other words, his qualifying run was one tightly-flown lap. 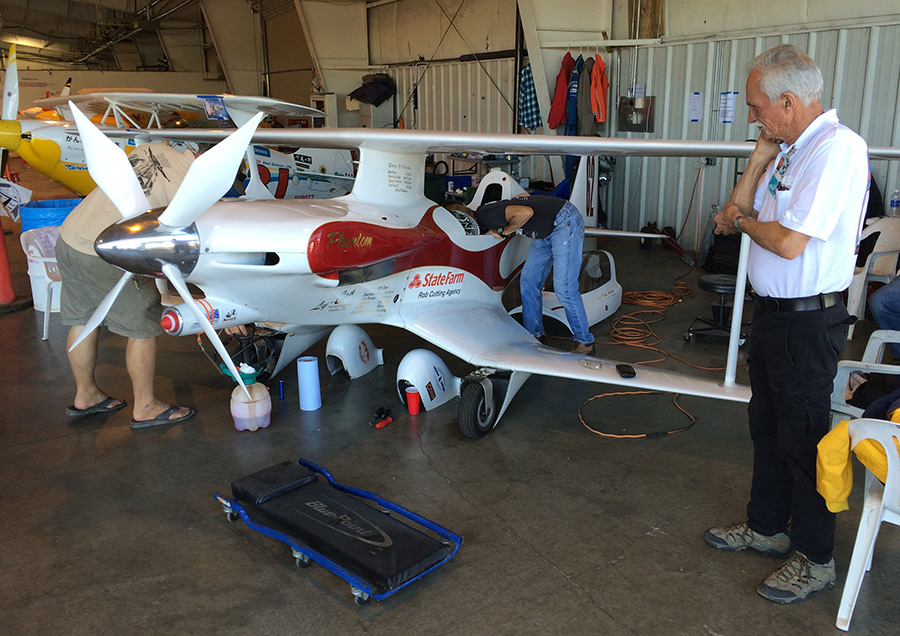 That’s not a surprise coming from Tom. He’s been racing in the biplane class at Reno since 1968, and although he hasn’t raced every year since, no other pilot flying at Reno can boast such a long span in the sport. He definitely knows how to fly a low, tight lap.

Tom is also feeling good about more race records. Today his heat race pace was good for 256 mph, a heat race record. Given an all-out effort and favorable traffic patterns in Sunday’s Gold race we could well be seeing a new race record to boot.

Three Years Before the Masts

Ed Wischmeyer - February 19, 2010
0
There’s something about piloting a twin-engine, open-cockpit AirCam that gets under your skin, and it may become habit-forming. By Ed Wischmeyer.