Big names, big planes and big speed are a given at the Reno National Air Races, but it’s also a place for homebuilders. In the over-flow Sport class hangar we caught Lancair Legacy owner Dan Ballin shaving some foam to cover his wingtip strobe brackets. Dan had already removed the strobes, but, “I’m too lazy take off the bracket.” 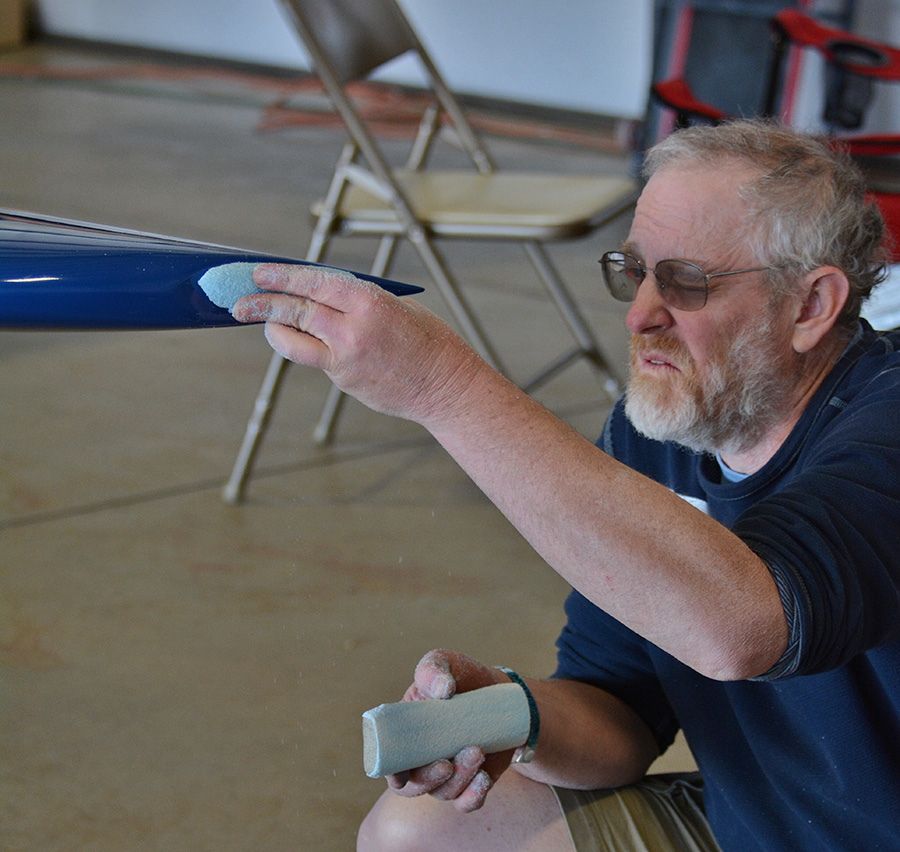 Truth is, the bracket is fairly easy to remove, but something of a bear to replaces as the ground wire comes loose in the process, and fishing the wire back into position is no fun at all, hence the turn to foam.

With the foam crudely formed a length of aluminum tape provided the adhesion and final streamlining. No STC needed.

Dan, of Bend, Oregon, says the Legacy is his first build and he did all but five hours of the construction himself. His buddy David Robinson  does the race piloting chores, and as the only goal is to a have a little fun, it seems an equitable division of labor to the pair. And they are having fun, posting the fastest speed in the Silver division of the Sport class at 293 mph.

Mel Asberry - August 10, 2010
0
When do service bulletins have the force of law with regard to Experimental/Amateur-Builts?