In a category called Experimental aircraft youd expect there to be, well, a lot of experimentation. We have the freedom to do our own thing, and it seems a shame to waste it. Such an attitude is no more vividly displayed than with alternative engines for homebuilts. In the last of our yearly Buyer’s Guides, well look at the offerings for homebuilders in this category, which we see as including both tried-and-true auto-engine conversions (and engines both closely and loosely based on auto engines) such as the Volkswagen, as well as some truly alternative, small-volume designs. 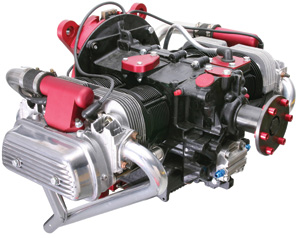 As in years past, we have contacted each company for an update on its products, asked for revised pricing, availability and number of engines delivered-notice the terminology, thats delivered, not sold.

Changes for the 2010 guide? Well, we failed to make contact with a few companies, and some said that certain engines were no longer available. For example, despite repeated attempts we could not connect with VairForce, a second company offering Corvair conversions. (Its our policy that companies that cant be bothered to return phone calls or answer emails probably cant support their product.) Among those we did talk to: Powersport is no longer offering the RE-360 rotary; Verner has discontinued the Scarlett radials; Eggenfellner has dropped the E6T and E6-Ti Subarus to concentrate on the standard E6 engine; and Vesta is no longer trying to develop the Chevy 6.6-liter DuraMax diesel.

What are you in for should you select an alternative engine? Depends. Indeed, both your skill level and your ability to work out solutions on the fly will help determine the quality of your installation, as will the development work done by the engine or firewall-forward package (FWF) provider. Its safe to say that not all alternative engines or engine packages are created equal, and just because a supplier says its plug-and-play, that doesn’t mean it really will be.

Because of the wide range of engine choices, its hard to create solid groupings across the board-groupings that might help you with an apples/apples comparison-but there are a few. The venerable Volkswagen flat-four engine remains a favorite for builders on a tight budget. Its ascendance to popularity came because there are just so many of them in the world; with the right modifications and technical approach, the VW engine can be a reliable, honest little airplane powerplant. Also, because of its configuration, the flat-four Subaru engine remains popular, as does the Corvair opposed-six. 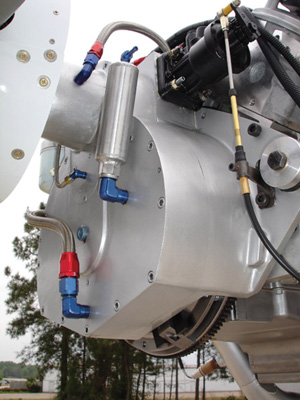 From there, the category diversifies, with engines designed from various other off-the-shelf components, including a range of automotive engines. Chevys landmark small-block V-8 is always a popular choice for builders who need high horsepower and desire a V-oriented engine. Whats more, the lure of the rotary engine, most often based on the Mazda-refined Wankel format, continues to be irresistible for builders. A number of companies are producing whole engines as well as providing kits for engines. Along those lines, we also provide a listing of companies that will sell their propeller-speed reduction units (PSRUs) for installation on your own engine choice. (Please note that we’ve listed the Rotax gearboxes for convenience, though technically they’re not supposed to be used on any engine besides a Rotax. The fact that they are available separately from the engines suggests their inclusion here.)

As with all things in the Experimental-aircraft market, the quality of the components and the customer orientation of the companies can vary greatly. Its our strenuous recommendation that you look closely at two data fields we provide here. One is the number of engines delivered. The other is the highest-time engine field. We ask every company to provide these data points, and many decline. When those numbers are small or unavailable, we urge you to step up your research efforts. Insist on contact with actual owners of the engine in question and learn what they like or dislike about the powerplant or firewall-forward package. Do not count on the veracity of online resources ranging from engine-specific bulletin boards to owner testimonials-particularly in the more public forums, the quality of information can be tainted by a small group of malcontents or by a groups fear of retribution by the manufacturer. You might be getting an overly cheerful view of the engine in question, or an overly gloomy one. Reader feedback also suggests that some of the listed availability times might be optimistic. One of the leading complaints appears that vendors over promise on delivery times. If you are the true tinkering type, this wont be a bother or a surprise, but if you’re new to this end of the homebuilt market, you need to be prepared to be flexible.

We do our best to look for new engine designs. If we’ve missed something, please let us know at editorial@kitplanes.com.

Mazdas version of the Wankel rotary engine is by far the most common, though there are a few offerings that share little to nothing with the Japanese powerplant. The idea of the Wankel is compelling: Each rotor has three combustion chambers and, overall, the engine works more like a two-stroke in that the power pulses come more frequently than in a four-stroke piston engine. But most interesting is that the Wankel eschews any reciprocating motion, and as such has an almost turbine-like smoothness. The Wankels traditional problems, including the reputation for high fuel consumption, have largely been addressed, and there’s nothing like the small size of the powerplant to give builders installation flexibility. All of the current rotary offerings require a PSRU. 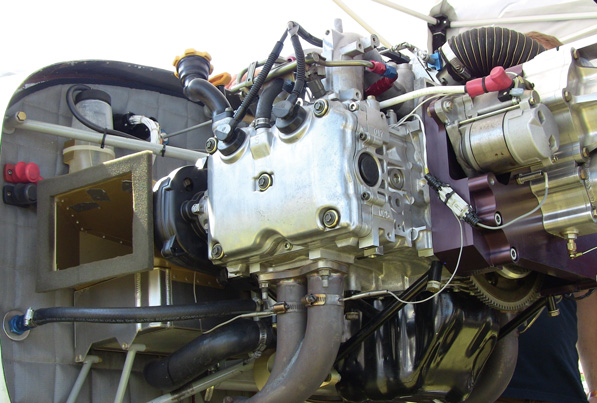 Carmaker Subaru has an excellent reputation for powerplant durability, but its perhaps the opposed-cylinder orientation that makes the Subie a viable choice for homebuilts. All current Subaru products are opposed-piston designs of four or six cylinders. All are liquid cooled and electronically fuel injected. Depending on the particular engine chosen, you could get double overhead camshafts or single cams per bank, but all of the current offerings have four valves per cylinder, long a staple of the modern-auto world. Because of their high-revving nature, all Subaru packages currently offered require PSRUs, which has an impact on all-up weight and prop choices. In this category, Eggenfellner has dropped the E6T and the E6-Ti turbocharged models for a single E6, normally aspirated, 200-horsepower engine, and added a conversion for the Honda Fit engine (seen in the Other Engines category). Maxwell, as we said in the February issue, is working hard on a turbocharged version of the single-cam EJ25 engine. 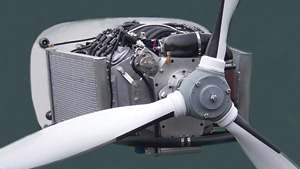 Then there’s our catch-all category, one meant to encompass those engines that aren’t easily grouped with others. Here you’ll find everything from a small-block Chevy V-8 to purpose-built aero engines. The Corvair is in here, too, now that were down to just one supplier in the field, the indefatigable William Wynne. In making your decisions, look carefully at the number of engines delivered and all-up weight. Be sure to consider a bit of fudge factor for liquid-cooled engines-some companies list the engine weight with accessories and cooling-system components, while others do not.

The opposed-four-cylinder Volkswagen engines share some major characteristics, though the development of the breed as aero engines has led to a number of modifications and novel solutions. Youll find the Vee-Dub engine as both air- and liquid-cooled, though air cooling is by far the most common choice. A variety of displacements are available, and you’ll find them as both direct-drive and with various PSRUs. The trade-offs are well-known. A geared engine can turn faster and make more power for a given displacement, but the cost is weight and complexity. Direct-drive versions are simpler and, usually, lighter, but they have certain prop limitations. While all VW-based packages are four-stroke designs, there are many, many variations of internal components, accessories and horsepower ranges.

Finally, prop-speed reduction units. Many FWF providers will sell a PSRU separately for an engine installation of your own design, while other companies specialize in just PSRUs. As always, contact the company directly to understand if the engine you propose to install will mate with any given PSRU.