The Aircraft Owners and Pilots Association published its annual Nall Report, outlining accident trends through the 2019 calendar year. In 2019, the overall GA accident record showed a mixed bag, with overall accidents down slightly (1169 against 1220 in 2018) but fatal accidents up slightly (212 vs. 199 the previous year). 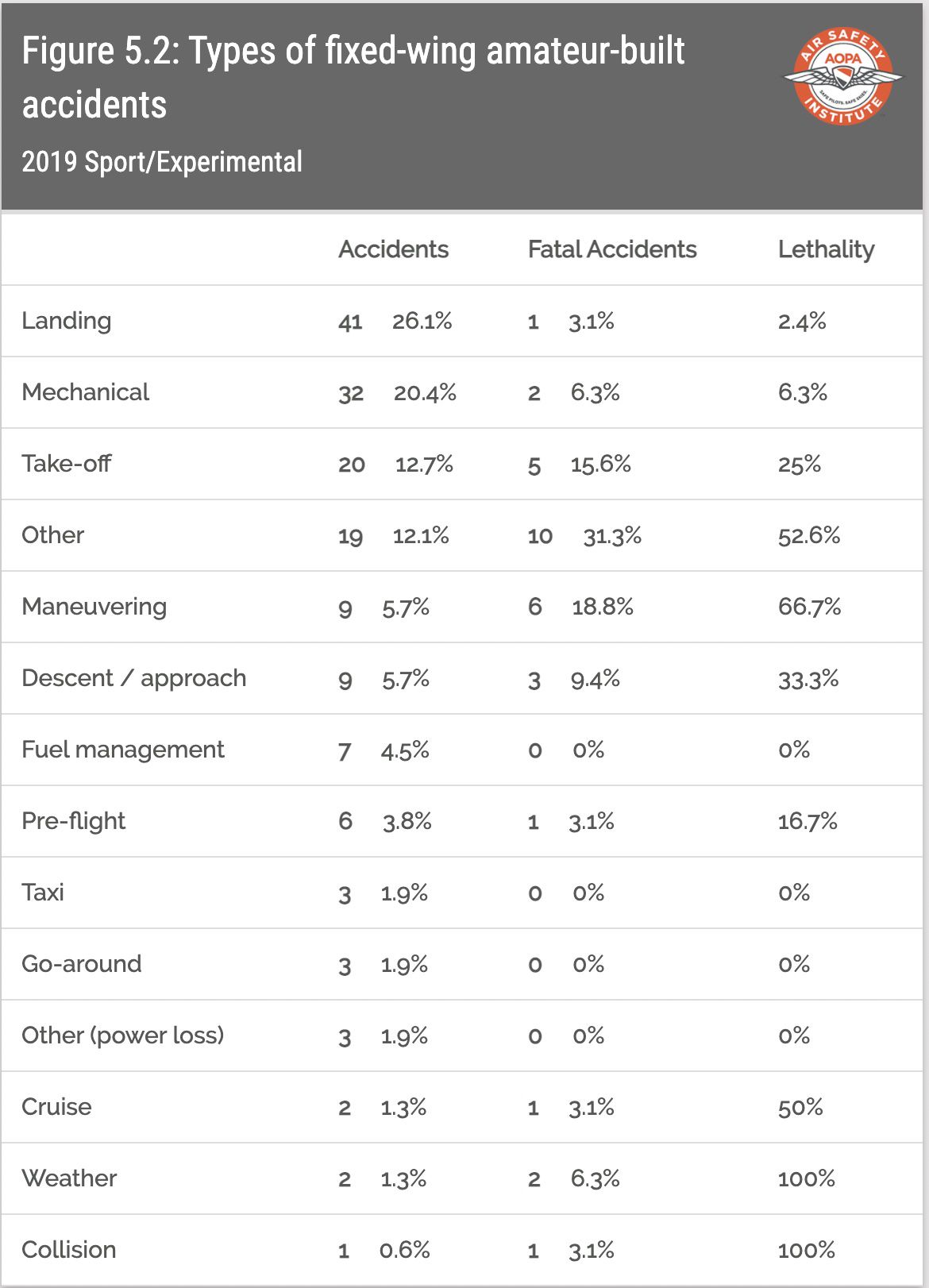 Of note, “maneuvering” accidents accounted for just 5.7% of the total but had the highest “lethality rating,” with two thirds of those accidents involving fatalities among Experimentals. For the overall non-commercial, fixed-wing group, maneuvering accidents had a slightly less than 50% “lethality rating.” An undescribed “other” category involved 19 accidents, of which 10 involved fatalities. 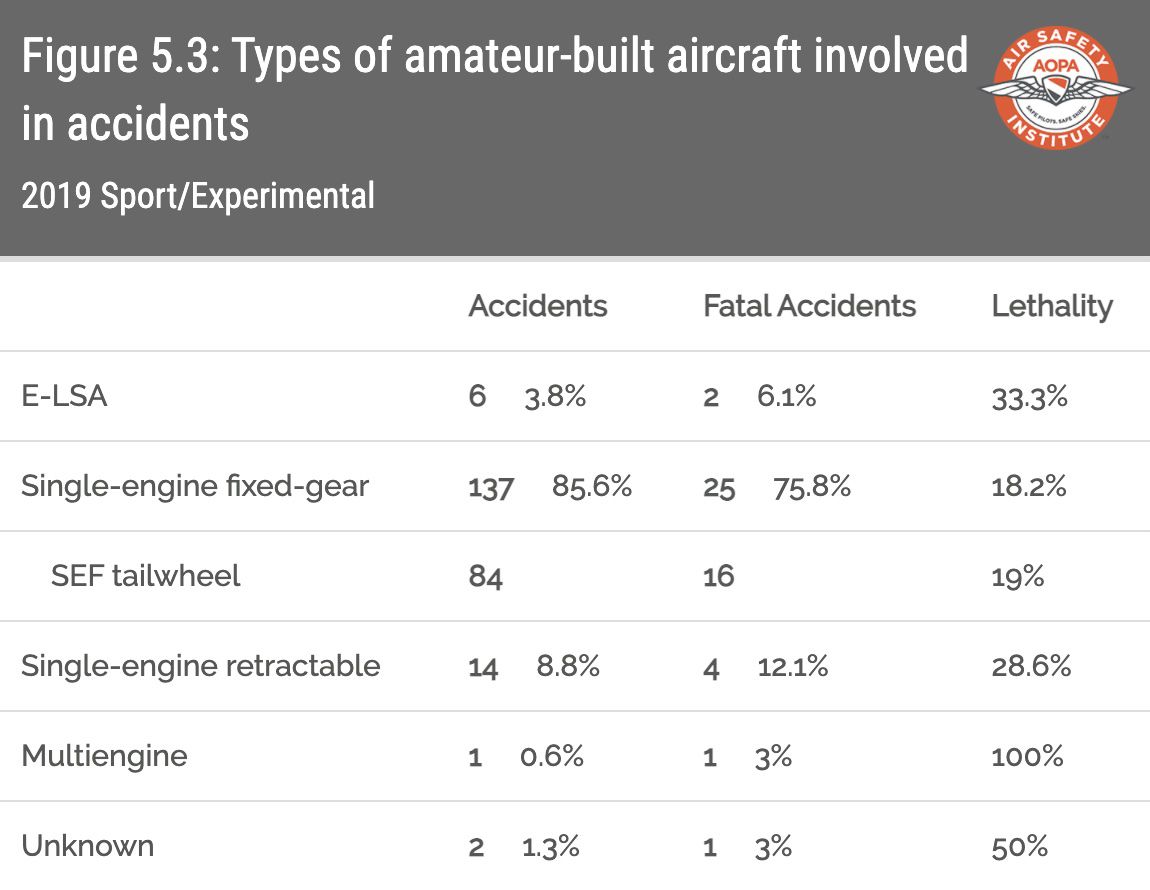 Finally, ELSA aircraft had a high “lethality rate” overall, but that’s partly the result of there being just six accidents overall for the category (among the 159 total). Two of those involved fatalities, which skews the numbers. Also in the 2019 statistics, there was a single multiengine Experimental accident, and it was as fatal; while there were two aircraft listed as “unknown” that had accidents, and one of those involved a fatality.