Knowing that Dynons autopilot would be arriving soon, and in my desire to be a good, prompt beta tester, I decided that it would be best to outsource a replacement metal insert for my Glastar Sportsmans instrument panel rather than building one from scratch. The reason was simple: The Dynon autopilot is best used with the AP74 external module, and I didn’t have a good place to stick it in the existing panel. Somehow, duct-taping it to the glareshield seemed-how would you say?-suboptimal.

I didn’t cut the original panels. They were part of an avionics package built by Pacific Coast Avionics. While I committed the initial layout on computer, there were many steps between my efforts and the final hogging of metal by a machine.

It was with incomplete appreciation of the panels design that I turned to Panel Planner and worked up a new layout to accommodate the AP74. Panel Planner will output a .dfx file, but I sent it through a friend who knows his way around CAD/CAM software. He made some tweaks and sent the file off to a company that laser-cuts aluminum.

Not long after, a panel arrived in the mail looking great. All the holes were dead on, circles are perfectly circular, the Dynon cutouts were precise. What could be better?

Maybe being right. You see, what I didn’t appreciate was that the Sportsman panel, as it fits into the fiberglass shell that makes up the main IP, has no perpendicular edges to speak of.

The instrument holes were cut referenced to that right edge, with the result being that they’re located on a slant, turned slightly clockwise from the correct orientation, which does nothing good for accuracy and seems to make your carefully executed rudder trim all wrong. I was convinced I had an optical illusion.

Had I taken 5 minutes with a carpenters square and the old panel, I would have seen the problem. I didn’t and so, er, I didn’t. Another minute with a level in the airplane would have confirmed my suspicions.

I could see no way to salvage the computer-cut panel. For the next two weekend evenings, I rather enjoyed myself in the garage workshop, hand-cutting a new aluminum panel from 0.063-inch sheet. The jigsaw with an 18-tpi blade, a handful of files (including my now beloved Vixen file), and Car Talk on the iPod all worked beautifully. Plus, I had a CNC-perfect blank to provide the outside dimensions and perimeter hole locations. The real lesson here? Don’t assume anything.

This being our first issue of 2009, were going to begin celebration of this titles 25th anniversary. In truth, the first KITPLANES, the brainchild of Dennis Shattuck, appeared in the summer of 1984, and actual monthly publication began the next year. Close enough.

Well have fun looking back at what worked, what didn’t, who survived and who didn’t. Ideas and airplanes emerged, boomed, withered and died. Yet other advanced concepts-such as electronic flight instruments-were only waiting for the technology to catch up. Some forward-thinkers who predicted what Experimental aviation would be like in 25 years were victims of their own hubris. But some were surprisingly prescient. Their vision and our world aren’t far apart. One aspect taken for granted 25 years ago-and, for that matter, from the beginning of the homebuilt movement-is this: Innovation and self expression make building your own airplane an enormously satisfying reward. 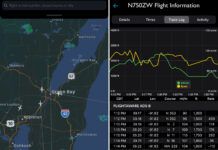