Question: I am working on my pilots license and was watching the King videos. They said you could not fly an Experimental aircraft over congested airspace on any airway or in Class C airspace without having a provision in the operating restrictions that specifically allows this-actually, Im paraphrasing because its been a few weeks since I watched the video. However, I know many people build Experimental airplanes with a full IFR panel, and I would expect them to be flying in Class C from time to time. I don’t see myself flying much in or around Class C in what I want to build, but not being able to overfly it could cause issues for many people.

Answer: You’re looking at dated material. FAA regulations did indeed restrict operations of Experimental aircraft, and kept them from flying over densely populated areas and on congested airways. I don’t remember Class C airspace being mentioned. Actually, Class C airspace was called Terminal Radar Service Area (TRSA). To my knowledge, there has never been a restriction on flying in Class C, but there is a restriction that the aircraft may not be flown in Class B airspace during Phase I flight testing.

After satisfactory completion of Phase I and after the appropriate endorsement has been entered in the aircraft log, the aircraft may not be operated in congested airspace or over densely populated areas unless directed by Air Traffic Control or sufficient altitude is maintained to effect a safe emergency landing without hazard to persons or property on the ground.

However, each aircraft is regulated by the operating limitations issued to that aircraft. So if your aircraft has operating limitations that say you cant fly over densely populated areas or in congested airways, then you must abide by those limitations. I strongly suggest that if your Experimental/Amateur-Built aircraft has these limitations, get them amended to the latest wording. There is no cost if you can get your local FSDO to do it. Otherwise, a DAR with function code 33 can do it for a nominal fee.

Question: When someone de-registers an aircraft and sells it as parts, what must the purchasing party do to get it legal again?

Answer: This is a common question. Many people try to escape liability by de-registering and parting out the aircraft and selling it as parts.

This simply will not work. To be released from liability, the builder/owner would have to surrender the airworthiness certificate to the FAA.

Now lets say that you purchase the aircraft without the airworthiness certificate. How would you get it certificated? If you plan to do it as an Experimental/Amateur-Built, whos going to sign the 8130-12 eligibility statement stating that the aircraft was built for education or recreation? Also be aware that the 8130-12 must not be used as the only source of information. Supporting documentation must be provided to verify that the aircraft was indeed built for education or recreation. This documentation should be in the form of a builders log containing the chronological order of construction with photos. How will you provide these? This requirement is spelled out in FAA Order 8130.2F, chg 5, paragraph 151.e.

The bottom line is that when you construct an amateur-built aircraft, you are the builder. Nothing you do in the future can change that fact. And if you purchase an Experimental/Amateur-Built aircraft without an airworthiness certificate, you just may have a very nice lawn ornament. 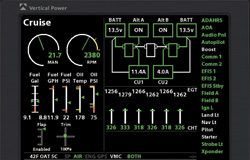