Question: I own an RV-6A but I am not the original builder. I am replacing the original instrumentation and radios with an integrated flat screen system (EFIS/EMS) and new radios. I am also adding an autopilot and ADS-B receiver. I intend to perform a new weight and balance and update the owner’s handbook for the airplane. Is this change considered a major modification, requiring a new inspection, certification and test period?

Answer: According to FAA records, it appears that your RV-6A was certificated in 1996. At that time, operating limitations were issued with a paragraph stating that any major change requires a new airworthiness inspection and certification. A major change is one that significantly affects weight and balance, and/or changes the flight characteristics of the aircraft. Your instrument panel modifications probably will change your weight and balance noticeably.

But also, adding an autopilot involves modifications to the control system. This in itself can affect flight characteristics of the aircraft. Unless your operating limitations have been amended to a later version, it looks like you will need a recurrent airworthiness inspection. With your recurrent airworthiness certificate, you will receive the latest version of operating limitations. These will allow you to make future modifications without going through another airworthiness inspection.

Question: A friend and I wish to build a Kitfox together, he because he likes to build (he’s an A&P with IA), and I because I want a Kitfox, but don’t want to spend too much time in the building process. If we purchase and build the kit together (having the panel, paint and interior professionally done), with the understanding that I will purchase his half of the airplane after the 40 hours are flown off, would we be violating the intent of the rules?

Answer: Since you are both building the kit as an Experimental/Amateur-Built for education and recreation, I don’t see where you are going against the rules. It’s not like the two of you are building with the intent to sell to an outsider.

Question: I purchased a severely damaged RV6. I have built new wings and control surfaces. I rebuilt the fuselage, including new center section, firewall, seat and baggage ribs, engine mount/landing gear, and about half of the skins. I managed to salvage the back half of the fuselage, along with the interior, instruments, engine and canopy. All fiberglass will be repaired/replaced, and I will be installing new control linkages, wiring, prop, brake, and fuel lines. I have an unused tail kit/builder number. Can I register this as a new aircraft, and be registered as the repairman, since I am doing way more than what a quickbuild kit requires (over 51%)?

Answer: Unfortunately all your work is considered a repair and not original build. Therefore it doesn’t count toward the 51% fabrication and assembly. The airplane will need to retain the original serial number and builder.

Kitplanes - October 19, 2018
0
Aircraft Build TimesI would love to see an article on aircraft build times. I... 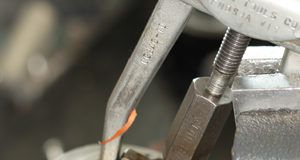