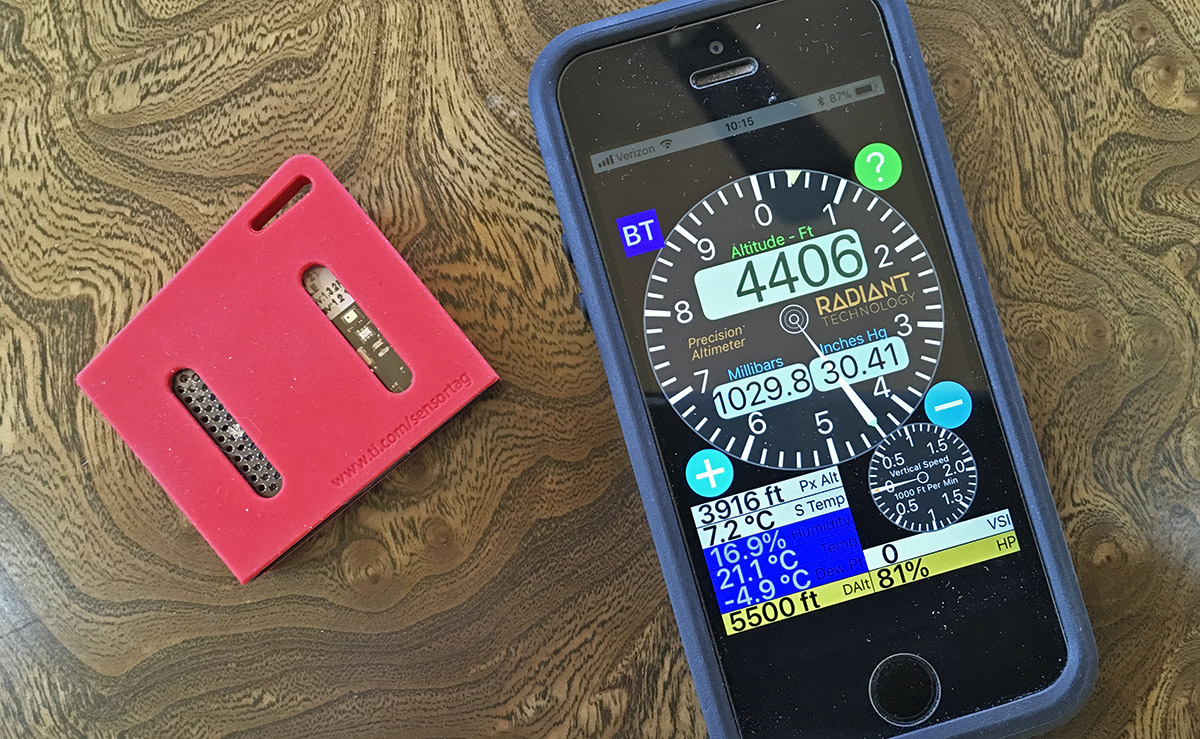 Sharp-eyed readers will figure out quickly that I am no longer at Sun ‘n Fun in Florida – while I might have taken the picture in an airplane at 4406’ msl, its unlikely that I’d find a relative Humidity of 16.9″ anywhere in Florida – at any time of the year! But the little red dongle device was something I picked up at the show from Belite Aircraft – an atmospheric sensor that connects via Bluetooth to an i-thingy (phone or tablet) and gives you access to a lot of accurate data related to pressure, temperature, and humidity.

We reported briefly on Belite’s Altimeter App a few months ago. It works with most of the popular models of IiPhone and iPad, which have native pressure sensors built in. But with the little dongle they offer, it can provide additional data on density altitude, dew-point, and full-throttle horsepower (as a percentage of rated power).

We did a little testing with a spare altimeter we have on the desk, as well as the Baro setting from our nearest AWOS-equipped airport (KCXP), and everything was within 20′ of the surveyed elevation of my desk. Carrying the thing downstairs, it showed a change of 10 feet – the measured change in elevation in the house. So it’s both accurate and sensitive – a nice thing to know if you happen to be depending on it in a simple panel airplane, or as a back-up.

I happen to have an iPhone model that doesn’t have the onboard pressure sensor, so the dongle makes the App work – but even i you have the sensor native to your hardware, the dongle provides additional information that is – at the least – fun and interesting to look at. A neat thing to have, and it works!