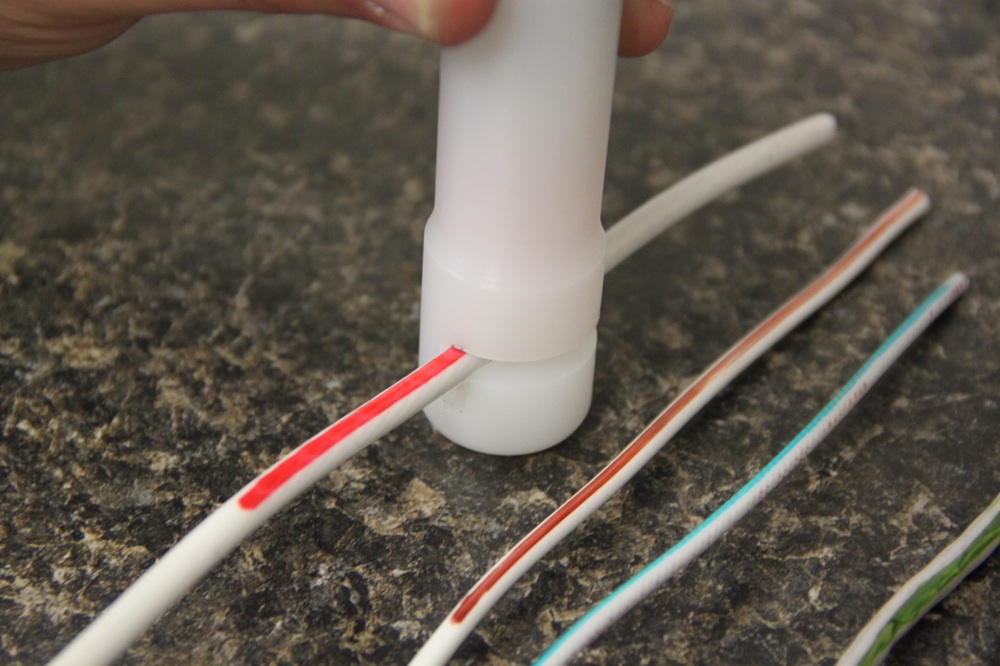 Builders who have wired their own airplanes know that you can’t always use factory color-coded wire. And yet there are times when it would be handy to mark part of the wire run for later identification. That’s where the new Bogert Wire Marking Tool comes in.

According to the company, this a non-conductive nylon tool and a Sharpie permanent marker are all you need to add identifying stripes to 24-8 gauge wire.

How does it work? Slip the wire into the notched guide, drop a regular Sharpie-type marker into the barrel until the ink tip contacts the wire, then pull the wire through the guide. Aircraft wire, Romex, Cat 5, coax and data transmission cable are cleanly and easily identified by using different colored standard Sharpie markers. The wire may be striped from end to end or marked where splices are to be made so that no mistake can occur during reconnection.

Richard Bogert (President of Bogert Aviation and The Bogert Group) explains how he got the idea for his marking tool. “One day I was installing a radio package in the cramped space behind a plane’s instrument panel and was frustrated at how time consuming and difficult it was tracking all those wires that looked exactly the same. I didn’t need something high tech or fancy, I just wanted to easily identify the wires while in the middle of the job. I’d tried labeling the wire with bits of tape or with a marker alone but found it awkward and messy. That’s why I invented the Bogert Wire Marking Tool—to work safely while saving time and money.”

The tool retails for $29.95. Sets of 4 and 24 Sharpie permanent markers are sold separately.

For more information, visit the company’s web site. A video showing use of the tool can be found on YouTube.

Ed Wischmeyer - January 7, 2011
0
If you’re a builder on a budget and don’t aim to do long cross-country trips, the Thatcher CX4 may be worth a look. By Ed Wischmeyer. 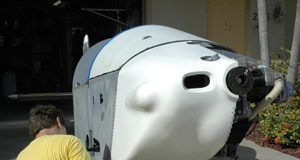