By the time you read this, many of you will have seen the announcement regarding my leadership role on the EAA Homebuilt Aircraft Council (HAC). First, I want to thank all of you from around the world that wrote me a note expressing congratulations. For the kid whose flying dreams started in the third grade gift exchange when I traded a jigsaw puzzle for a model airplane, I am truly honored. As an EAA Board of Directors member, to be sitting in the same room with the likes of Dick VanGrunsven, Charlie Precourt, and others (whose aviation achievements we can only dream about) is quite amazing. Me, in the same room with a real astronaut! Can you believe it? One of my new duties is to participate on the Safety Council, which Charlie leads. How cool is that? I am especially excited about that Council because my primary focus has always been about safety. 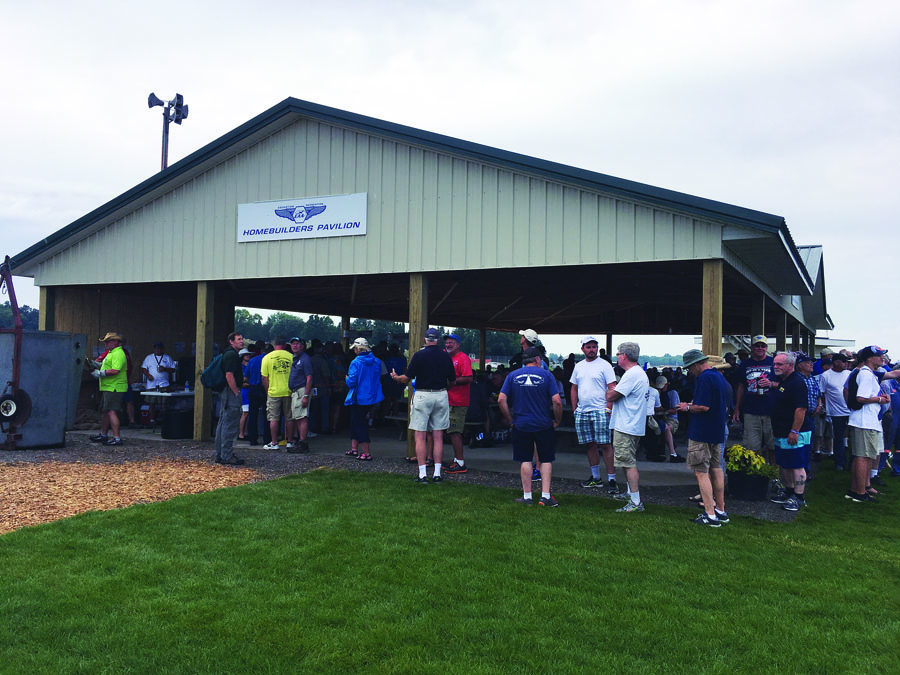 The new covered pavilion was a big hit with homebuilders who used it as a gathering place for various events during AirVenture.

What We’re Up To

I’ve been a member of the HAC for over two years now. I can tell you it’s been a lot of fun, so I thought I’d give you a view into what we do. Over the past few years, we have spent a good portion of our time focused on improving the facilities at Oshkosh relative to homebuilt activities. For those of you who have recently flown into AirVenture, I bet you were astonished by the number of homebuilt airplanes. Last year’s count was over 1000 homebuilts parked, which is about 10% of the total aircraft in attendance. It’s really easy to visualize the impact that Amateur-Built aviation is having upon general aviation. The constant yearly growth shows no signs of slowing down, so year after year, it is a challenge to accommodate everyone. Thankfully, we have lots of volunteers led by Jeff Pointe who do a fantastic job on the parking.

But parking airplanes is just the beginning of the challenge. There also need to be accommodations for pilots and families that are within reasonable distances. The HAC has been working very closely with EAA over the past few years to address some of the aging facilities, and for those of you who attended AirVenture in 2016 and 2017, you saw some of the results. 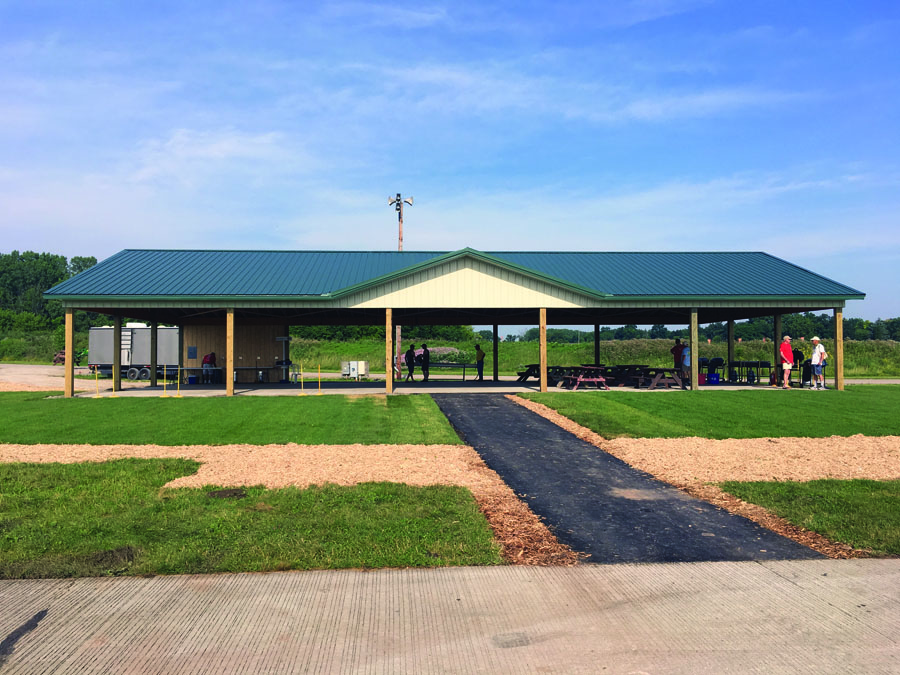 A recent addition to the facilities at AirVenture is this nicely covered pavilion in the rear of homebuilt camping.

In Homebuilt Camping there has been the addition of a few more shower facilities, and the crme de la crme was the addition of a really nicely covered pavilion in the rear of homebuilt camping. We certainly saw it get a lot of use this year for quite a few events, but the best use seemed to be as a gathering place for pilots and friends to meet during the day, away from the airshow noise, and out of the sun (and rain). It was designed with lots of power plugs for charging stations to accommodate our connected world, and that seemed to be a big hit as well. In the next few years, subject to funding approvals, there will continue to be upgrades in facilities for Amateur-Built participants. One of our goals is to not only enable pilots and families to congregate during the day, but also to make it more attractive to the next generation of pilots.

All of these changes take a lot of time, both to discuss and fund, and then we work with the other facets of AirVenture to understand the potential impact. It’s not unlike making a small change in the building of your airplane, then trying to figure out all of the downstream impact of what seemed like an insignificant change at the time. Sometimes it’s fun, and sometimes it takes rework, but eventually it gets finished and the results are gratifying. 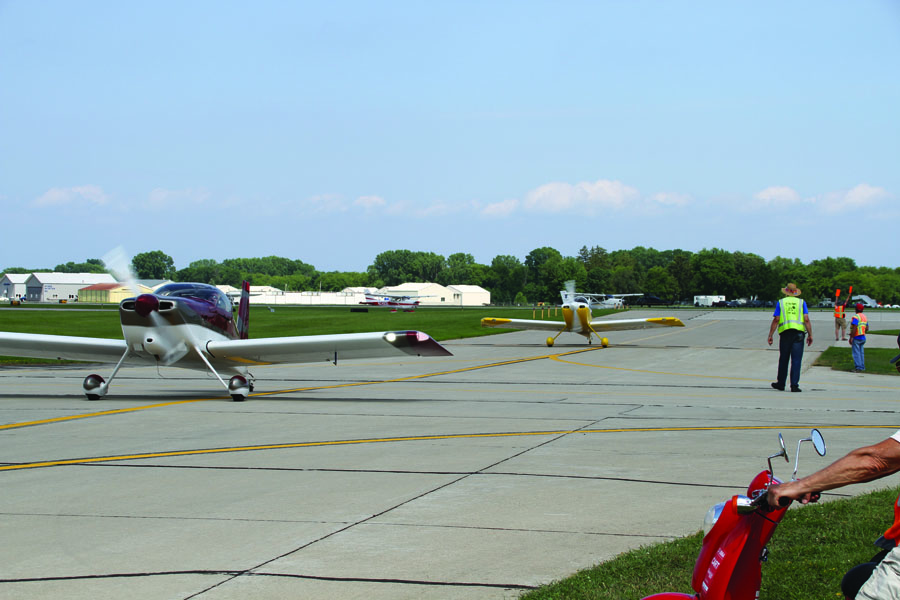 Immediately after landing at AirVenture, every aircraft is directed to the correct parking area by volunteers.

Lucky for me, the current Homebuilt Aircraft Council doesn’t require a lot of leadership. Just like the EAA Board of Directors, all of the current members of the HAC are very accomplished in their own way and bring a lot of depth and enthusiasm. Some are even old friends, like Gary Baker from Cleveland, Ohio. Gary and I used to flight instruct together at an airport in Strongsville, Ohio, almost 40 years ago. Gary went on to be an airline pilot and is now a captain at United Airlines. Gary flies the RV-6 he built to AirVenture and even to our quarterly meetings when the weather permits.

Paul Dye is a retired NASA flight director, and has already built a number of airplanes. Plus, he is the editor in chief of KITPLANES. Randy Hooper is an accomplished corporate pilot, who is currently working on his second RV-8. Dave Prizio is a fellow DAR, KITPLANES contributor, and aircraft builder, and Lisa Turner is even a recipient of the coveted Tony Bingelis Award! There’s no shortage of talent here.

The cool thing is that every member comes from a different part of the country. We probably need to figure out a way to have an international component on the Council as well. Our role is to work at the direction of Jack Pelton, CEO of EAA, as well as to represent our members to EAA headquarters. I, in turn, also represent the homebuilt pillar of EAA as a member of the Board of Directors. 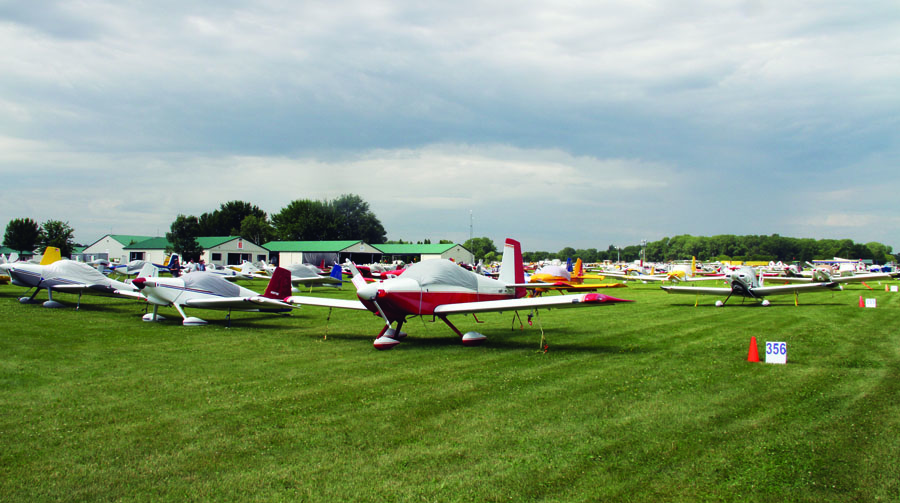 Last year at AirVenture, over 1000 homebuilts were parked, which is about 10% of the total aircraft in attendance.

As I mentioned, we have spent a lot of time in the last few years on facilities improvements. Now that a good portion of those is underway, we are turning our focus to operational things that are associated with flying activities. Translated: more fun.

EAA headquarters has generated a number of good programs over the years to help builders during the construction process, as well as the transition to flying the project. Some of you have probably participated through the use of technical counselors and flight advisors. The EAA Homebuilt Council also works very closely with the Government Affairs office, lead by Sean Elliot, and has been very instrumental in working with the FAA on programs such as the Additional Pilot Program. All of these have been very instrumental in increasing safety and reducing the number of fatal accidents in the Amateur-Built category. Some of the programs need updating, and one of our new priorities on the HAC is to aggressively pursue some activities that should help educate everyone on the benefits of these programs, as well as to increase participation.

It is also clear we need to provide some updated tools to the technical counselors and flight advisors. During this past year, we finally managed to get the technical counselor forms online, so they can easily be completed on a handheld device while at the airplane. It’s much easier than using the old triplicate-form paper mail-in process. 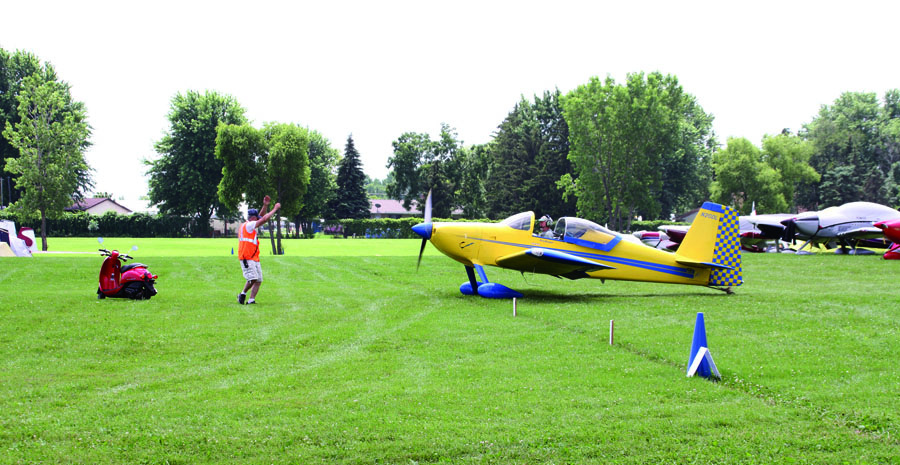 Volunteers play a major role in seeing that every homebuilt that attends AirVenture has a place to park.

We’ve also had some good discussions regarding the next phase of requirements of the Experimental/Amateur-Built community, and it is becoming really clear that the second and third owners of E/A-B aircraft, who are typically non-builders, are very underserved. If we are going to keep the progress we have made in safety, we are going to have to figure out how to put our arms around these new owner-operators and their mechanics. We need to help them understand all of the great services that could be available to them, and how their E/A-B aircraft are different from the certified aircraft world.

Perhaps all of you who read KITPLANES are not members of the EAA. But if you are reading KITPLANES, it means you most likely have an interest in building an aircraft that you can fly. While not meant to be a commercial, I would certainly encourage you to join the EAA. There is an abundance of information available to you that you may not know exists.

Plus, as you have heard me write many times in this column, our best friends in life have been met through aviation, and mostly through the homebuilt aviation side of it. It’s been a lot of fun, and continues to be a lot of fun, even with the growing responsibilities!