This is my Zenith 701, which I started building in August 2004 and finished in May 2005. I worked almost full time doing all the work by myself, including the painting. The first flight was June 6, 2005. Ten months later I had more than 100 hours on it, and it flies great.

N214BJ took two years to build. Most of the work was done in the evenings. I probably did as much head scratching as real work, but I loved it all and will definitely do another project. There were a few snags along the way, but with the help of a great technical counselor, Benny Davis, I was able to get it the way I wanted. The plane has a 912 Rotax and a three-blade, variable-pitch HD1 Warp Drive propeller. Im seeing takeoffs with full fuel of around 200 feet and climb rates of 1200 fpm. Cruise is around 110 mph, stall speed is 36 mph, and visibility is awesome. The old 172 and Cherokee aren’t nearly as much fun now! I have 9 gallons of auxiliary fuel for a total of 27 gallons and a range of 600-plus miles. Flight instruments include a TruTrak pictorial pilot, Garmin 196, and Dynon D10A EFIS. My flying consists of lots of pleasure flying and plenty of cross-country flights of 1000 miles or less. The plane is going to be great for everything Im currently doing. Thanks most of all to my wife and kids. Service at RANS is the best!

In October 2002, my wife expressed frustration at the 1:45 hours our Kitfox took to get from Logan, Utah, to Sun Valley, Idaho. She suggested that we get a faster airplane to visit the grandkids. Wanting to grant her every wish, I had an RV-9 empennage kit on the way shortly thereafter. Some 1500 hours of effort over the next three years resulted in N927BJ (our anniversary and initials), which was deemed airworthy and took flight December 12, 2005. Mike Seager had me well-prepared for the event. I chose the taildragger version of the RV-9 because I have less than 25 hours in nose pushers, and I have not been disappointed. It lands just like my Kitfox Classic, just slightly longer runout. The panel has a Dynon EFIS-D10 mounted above a Garmin 296 directly in front of the pilot seat. The displays are the same size and are easily visible in bright daylight. A few steam gauges for redundancy round out the panel. Power is from a Penn Yan O-320 with dual electronic ignition and high-compression heads. Thanks to the hangar rats at KLGU for assistance with rivets, turning, holding, etc. 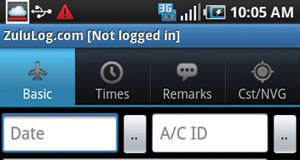