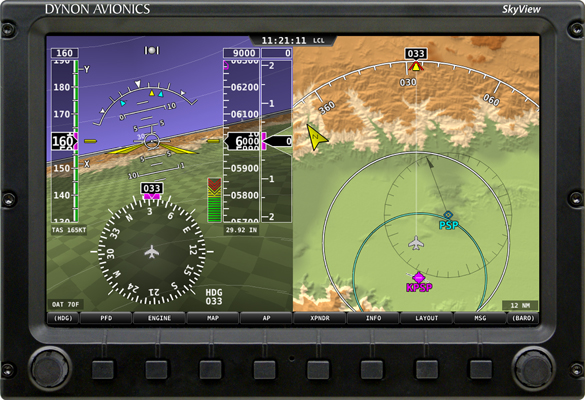 At AirVenture, Dynon Avionics was showing more versions of its next-generation EFIS displays and had more details on the system architecture and launch features. Better yet, it is committing to a December 1, 2009, release date for the 10-inch and 7-inch screens.

The new systems, now called SkyView, break ranks with the existing D-series designs in many ways, including the use of bright, high-resolution screens and tray-less mounting. Where the current Dynon EFISes have internal ADAHRS modules, the SkyView screens will employ compact remote modules with the sensor pack and pitot/static/AOA pressure sensors. Whats more, because the connection is through a simplified network, builders can use combinations of various screens and multiple ADAHRS units for redundancy. Each module receives two power and two sets of data wires, with the goal of having the builder do very little pin out work; more plug and play is the idea. 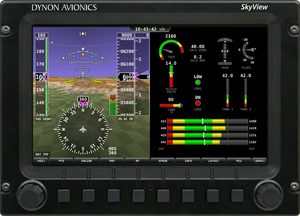 An optional backup battery will power the displays and remote units, including the engine monitoring pack. Another option is a compact GPS receiver/antenna potted into a small exterior-capable puck; it will provide redundancy with any panel-mounted GPS in the airplane. Finally, the SkyView will be designed to integrate with Dynons autopilot servos.

Pricing has not been set, though a company spokesman said it would be announced at the same time the modules are set to ship in December. Owners of current Dynon products may receive half the cost of their screens toward the purchase of the new equipment.For more information, including detailed installation drawings, visit Dynon Avionics.

One Builder’s Headache is Another’s Project

Amy Laboda - January 10, 2011
0
Sometimes picking up a project that needs a little work is just the ticket for (re)building satisfaction.